(Bonn, 27.02.2015) The German Federal Minister of the Interior, Thomas de Maizière, has named the Islamic Studies Professor Dr. Christine Schirrmacher, a professor at the Universities of Bonn and Leuven/Heverlee, to become a member of the Federal Agency for Civic Education’s 12-member Academic Advisory Council for a term of four years. In that position she will primarily contribute her expertise in the areas of Islamism, extremism, and the radicalization of youth. 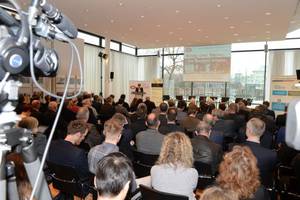 The Federal Agency for Civic Education, in its service to the Federal Ministry of the Interior, is headed by the Director and his Deputy. The Federal Agency for Civic Education is advised by the 12-member Council, to which members can be appointed for a maximum of two terms of four years each. It is overseen by a Board of Trustees consisting of 22 members of the Bundestag (German Parliament) coming from different political parties. The Chairman of the Board of Trustees is currently Steffen Bilger, MP (CDU Party).

Christine Schirrmacher has repeatedly occupied herself over the past years with the means and causes of radicalization of youth as well as with various Islamist and jihadist movements inside and outside of Europe. She recently participated in a symposium entitled “Salifism in Germany: Manifestations and Basic Approaches for Prevention among Youth,” organized by the city of Cologne’s Youth and Family Office along with the Association of the Alevi Community in Germany (AABF).

For more than 15 years, Schirrmacher has been teaching at the Academy for Diplomats of the German Federal Foreign Office in Berlin and gives ongoing instruction to various security authorities at the state and federal levels. Additionally, she gives guest lectures at universities around the world, most recently in China, Belarus, Bulgaria, and Lebanon. 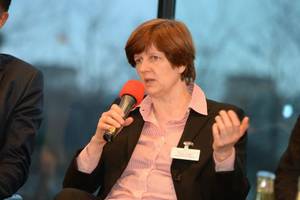 Along with the Minister of the Interior and the speaker of the Central Council of Muslims in Germany (ZMD), Aiman Mazyek, Prof. Schirrmacher gave a lecture in Berlin at the 9th Berlin Security Talks of the Federation of German Criminal Police (Bund Deutscher Kriminalbeamter, or BDK), on February 4, 2015 on the increasing politicization of Islam and the attraction the “Islamic State” (IS) has for youth in Europe.

In that lecture, Schirrmacher called for an inner-Islamic debate on the justification of religious freedom, the rejection of anti-Semitism, the equality of women and men, and the validity of Sharia law, initiated and led by Islamic theologians and imams.

With respect to the Near East, Schirrmacher spoke of an “implosion” and a “meltdown,” whereby within the entire cultural realm of the Near East – with the exception of Tunisia – structures which took centuries to grow have disintegrated forever at a breathtaking pace. The repercussions have been extended by jihadists from practically every country on earth back almost around the world.

Photo 1: From left to right:

Photo 2: From left to right:

o        2 President of the Federal Office for the Protection of the Constitution (Bundesamt für Verfassungsschutz, equivalent to Homeland Security) Hans-Georg Maaßen

o        7 Aiman Mazyek, Chairman of the Central Council of Muslims in Germany

Photo 3: During the lecture given by Christine Schirrmacher 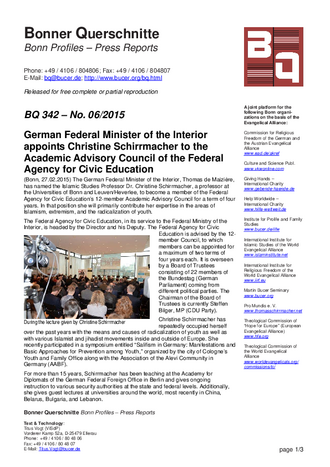