Schirrmacher on the upcoming NBC “A. D.” series

(Bonn, 04.03.2015) The executive producer Mark Burnett invited a small group of Christian leaders to be the first outside of NBC to see the first episode of the 12 part “A.D.” series, the follow up of “The Bible”. To produce the first series “The Bible,” purely to be used by secular TV programs was a great risk, but it became an incredible success story: theologically sound Bible films in secular TV systems worldwide breaking many records, especially in the Anglo-Saxon world. 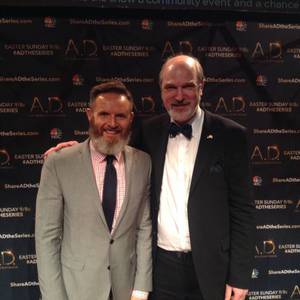 Here is a comment by Thomas Schirrmacher, Chair of the Theological Commission of the World Evangelical Alliance (WEA), after watching the pilot episode:

“After seeing the first episode I told Mark: In the A. D. series, the best of our modern culture marries with the best of Biblical scholarship and the 2000 year-old story of the gospel. As a scholar, I am not the type of person to exaggerate or to help advertise things to do people a favor. But when I congratulated Mark, saying that this is not only the best “block buster” on the Bible, but very true and close to the Biblical text, it was my professional opinion as one moderating evangelical theology globally. And I am proud, that former Secretary General of WEA, Geoff Tunnicliffe, played a major role in getting Christian churches of all confessions to back the program. – By the way: The near to perfect music is from my favorite film composer, Hans Zimmer!” 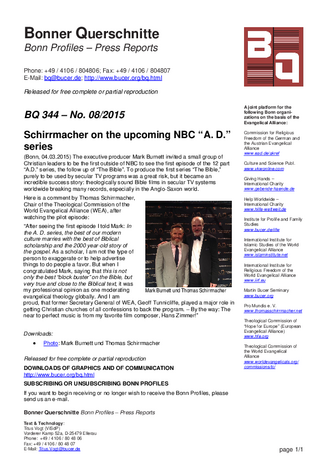