(Bonn, 28.11.2015) Protecting freedom of religion or belief and human rights are not merely secondary matters for Christians. They arise out of the core concepts of the Christian worldview, Creation, Fall, and Redemption. 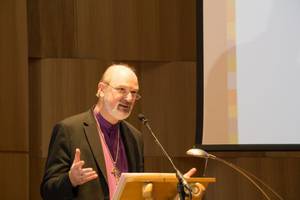 Placing human rights in their “right place” as core concepts of the Christian worldview was the central tenet of Prof. Dr Thomas Schirrmacher’s speech to representatives from all the major traditions of Christianity at the DPM consultation in Tirana, Albania.

Schirrmacher took pains to clarify that human rights are rooted in God’s creation of humans and not only in their redemption; therefore, all people have equal rights and people from many different faiths may be moved to protect human rights.

Because the ultimate foundation for human rights stands in God’s work as Creator, all people have, and can know something about, human dignity, the basis for human rights.

As an example, he mentioned his work as President of the Council of the International Society for Human Rights. Muslims working for the organization – not least its Secretary – are really eager to protect human rights, though the concept is so deeply rooted in the Christian worldview, and not necessarily, so clearly rooted in the Muslim worldview.

And it is much better to protect human rights in practice, with or without an adequate explanation, than to merely have a good explanation of the source of human rights.

Of course, it is because of sin, so eloquently described in Genesis chapter 3, that human rights and human dignity are always attacked. Cain killed Abel, which has been the story of humanity ever since. Only because of sin is it necessary to protect human rights. 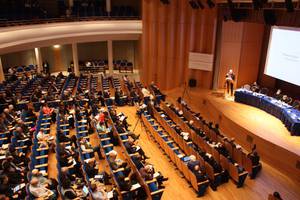 Because of the importance of sin and the Fall in the Christian worldview, Schirrmacher also mentioned that Christians need the role of the state.

The state must enforce laws that restrain sin: according to Romans 13, the sins of Christians as well as the sins of other people. And the level of piety or faith of individual Christians does not set them free from the need for accountability.

Even the Pope has asked people to pray for him, because he could so easily do something wrong that really hurts many people. And if the Pope openly acknowledges this need, how much more for the rest of us!

We remain under the effects of sin, so that all of us need the state to protect our rights from the attacks of others.

·         Full manuscript of the speeches of Thomas Schirrmacher and Godfrey Yogarajah ( 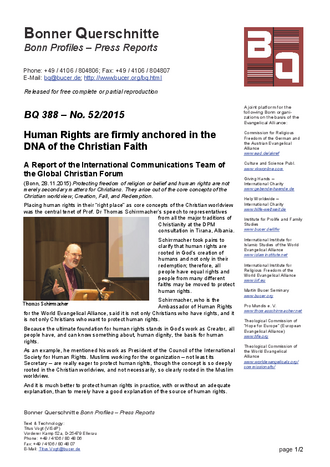