(Bonn, 11.01.2022) On a recent trip to the Seychelles, World Evangelical Alliance (WEA) Secretary General Bishop Dr. Thomas Schirrmacher met with the island nationâs President speaking about the countryâs positive track record on fighting corruption, ensuring freedom of religion and belief and its efforts to protect the environment. He also held meetings with the leader-ship of the Seychelles Evangelical Alliance dis-cussing the situation around Covid-19, the churchesâ involvement in creation care and the Allianceâs leadership in the interreligious council, among others. 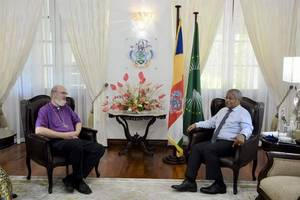 Meeting with President Wavel Ramkalawan at the State House in the capital Victoria, Schirrmacher congratulated him for the countryâs successful fight against corruption. The Seychelles has emerged as the least corrupt country in Africa in the latest Corruption Perception Index report released by Transparency International in January 2020. âI thank you, that freedom of religion and belief has been growing and that there have been visible steps forward even in your short term since your election one year ago.â Schirrmacher said to the President.

In light of the recent UN climate conference COP26, Schirrmacher and the President discussed how such a small country can assure that they stay in control of the biodiversity within their exclusive economic zone of 516,048 sq mi (1,336,559 km2) of ocean amid pressure by large, sometimes far-off countries that misuse it through over-fishing, military actions or wild tourism. Seychelles is among the world's leading countries to protect lands for threatened species, allocating 42% of its territory for conservation.*

In a press release, the Presidentâs Office commented that âthe meeting with President Ramkalawan who is also an Anglican Priest, was an opportunity to exchange views of the current religious landscape in the Seychelles and in the world in general. During discussions Prof. Schirrmacher commended Seychelles for the extensive freedom of worship that exist in Seychelles where numerous denominations co-exist peacefully and in tolerance. President Ramkalawan wished Prof. Dr. Thomas Schirrmacher and his family blessings in their Ministry as well as fruitful deliberations during their mission in Seychelles.â 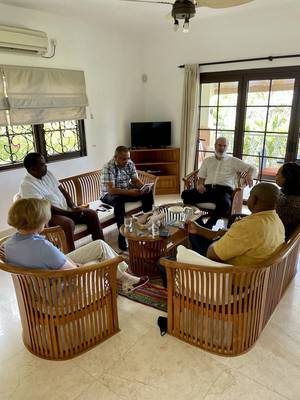 Schirrmacher also had two meetings with the General Secretary of the Seychelles Evangelical Alliance (SEA), Pastor Robert Moumou, and an official meeting with the board and leaders of the SEA, including the heads of the Pentecostal and the Baptist churches. The SEA represents about 10% of the nationâs estimated population of 92,462, while about 76% are Roman Catholic, 2.4% Hindu, 1.6% Muslim and another 1.1% belong to other faith groups.

He heard about the situation how Covid 19 has affected the country, about SEAâs involvement in creation care as well as their lead in the âInterreligious Council of the Seychellesâ, which represents all religious bodies to the government to ensure equal legal treatment for all. Schirrmacher was also impressed to hear about the national prayer network involving all local churches each week.

Further topics included the growing involvement of the Anglican Church with the national Evangelical Alliances in the Seychelles and the neighbouring countries like Mauritius and Madagaskar and the growing concern about the felt âcolonialismâ by large African denominations whose influence overshadows the autochthon indigenous evangelical churches and denominations in the Seychelles.

* Like many fragile island ecosystems, Seychelles saw the loss of biodiversity when humans first settled in the area, including the disappearance of most of the giant tortoises from the granitic islands, the felling of coastal and mid-level forests, and the extinction of species such as the chestnut flanked white eye, the Seychelles parakeet, and the saltwater crocodile. However, extinctions were far fewer than on islands such as Mauritius or Hawaii, partly due to a shorter period of colonizer occupation. Seychelles today is known for success stories in protecting its flora and fauna. The rare Seychelles black parrot, the national bird of the country, is now protected. 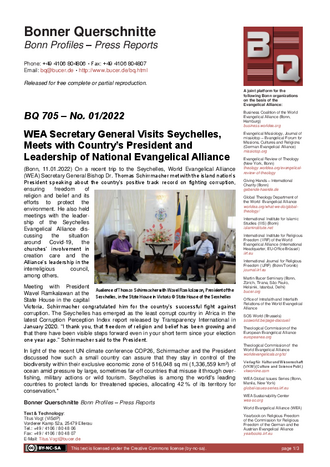 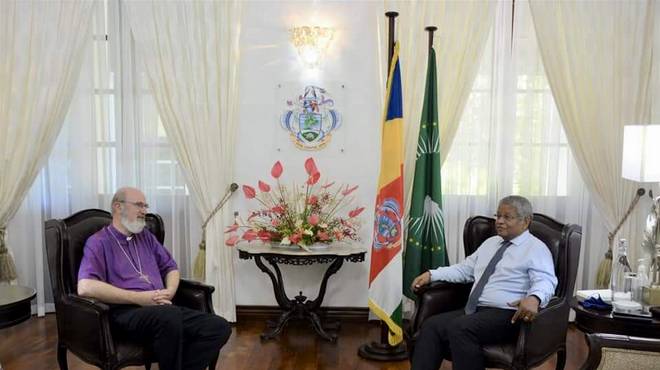 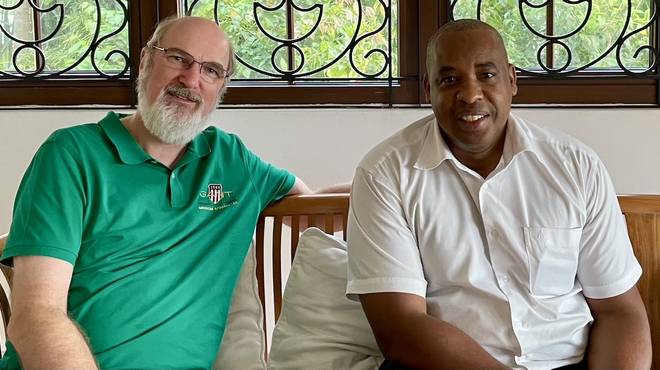 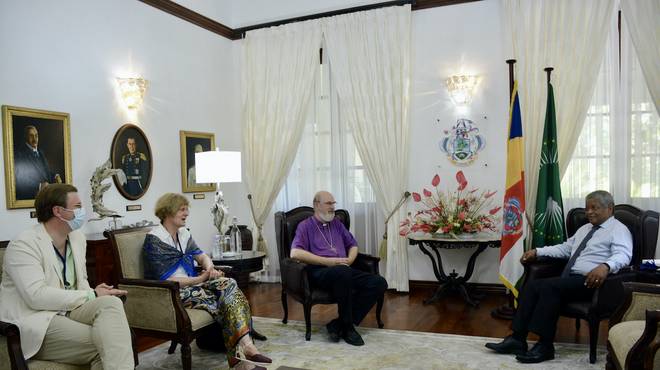 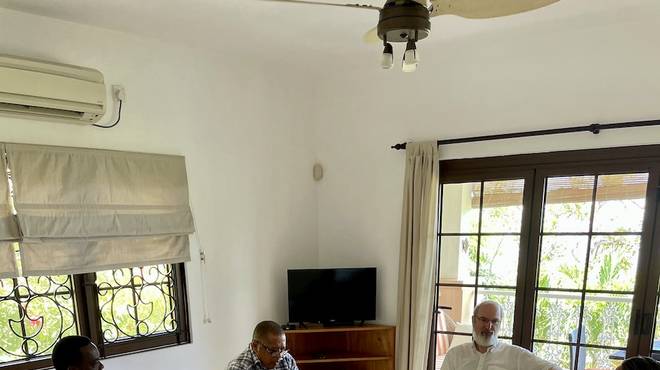 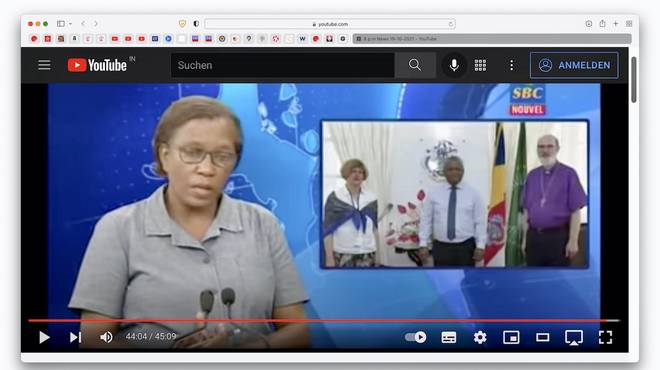 Report of the audience in national TV © WEA/Thomas Schirrmacher 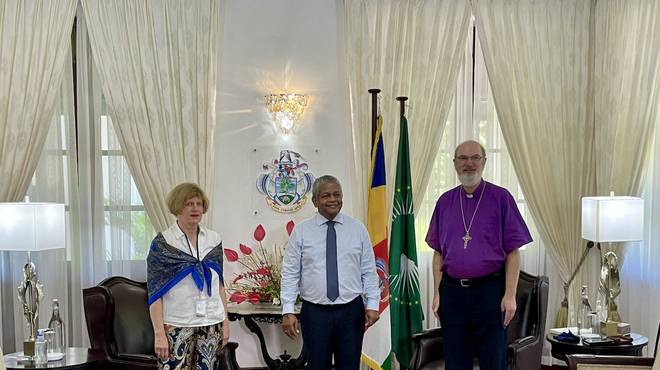 Thomas and Christine Schirrmacher with Wavel Ramkalawan, President of the Seychelles, in the State House in Victoria © WEA/Thomas Schirrmacher