(Bonn, 27.03.2020) Thomas Schirrmacher has now published in English his speech “Integration is Possible,” delivered at the award ceremony for famous Muslim Professor Bassam Tibi at the University of Frankfurt on November 21, 2019. The speech ends with the words, “Just a German Vordenker (thought leader)! In all his research and struggling, in all his conflicts, indeed in all his professorships on all continents, Tibi has never stood up more for any country, served any country more, or suffered for any country more than for the country of his choice, the Federal Republic of Germany.” 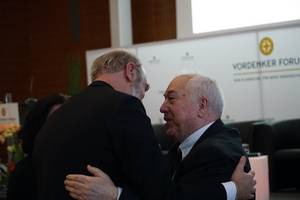 The Vordenker Forum [thought leader forum] of the financial advisory company “Plansecur. For New Perspectives,” together with the University of Frankfurt and the Frankfurter Allgemeine Zeitung—one of the leading German newspapers—organized this award ceremony in the festival hall of the Goethe University Frankfurt am Main with 400 invited personalities, at which Professor Bassam Tibi was honored as “Thought leader 2019.” Professor Tibi donated the prize money of 10,000 euros to the International Justice Mission, an NGO that fights human trafficking.

The event, was entitled “Migration and Integration.” The celebration started with Schirrmacher’s keynote speech, who, according to the major German newspaper FAZ in its report of November 22, 2019 (“Tibi will be thought leader 2019”), stated that Tibi has been widely ostracized in Germany; but he is highly regarded abroad.

Professor Michael Wolffsohn argued similarly in his laudation, accessible on the Internet, in which he acknowledged that Tibi was a victim of the envy of his German colleagues. The chairman of the jury of the German Pioneer Forum, Professor Jürgen Stark, commented that this eighth Vordenker Forum award ceremony was the best ever. 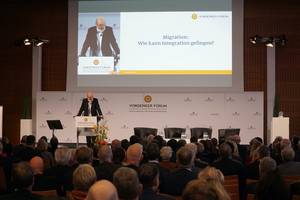 The Vordenker Forum has been granting the Vordenker Award to outstanding minds who have made a significant contribution to the future of our society for over ten years. The aim of the award ceremony is to give attention and weight to the socially important topic of “courageous forward thinking,” said Stark, the jury chairman. 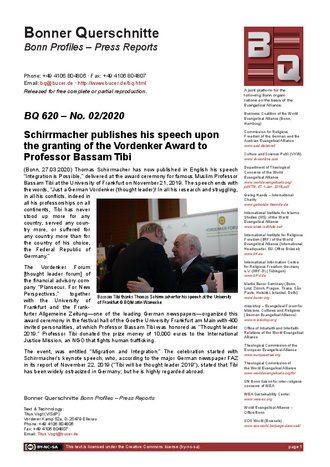 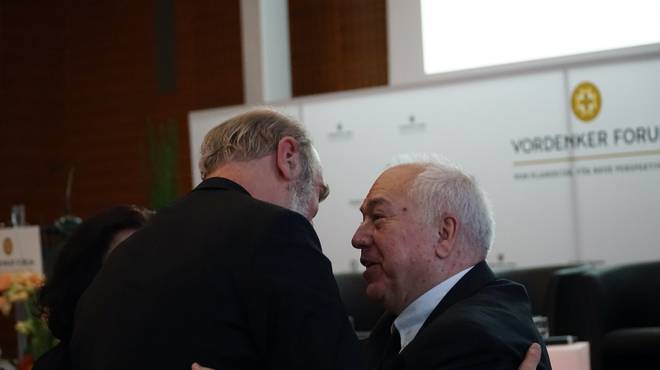 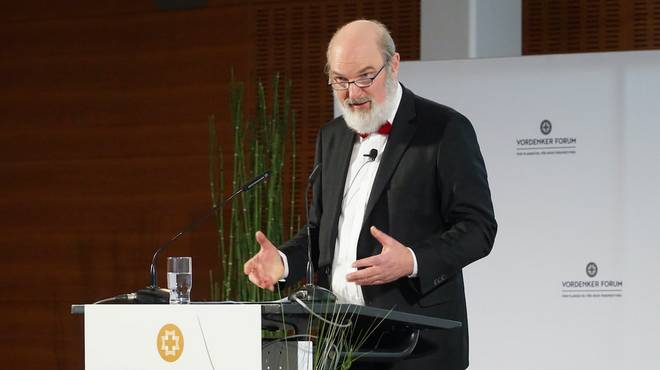 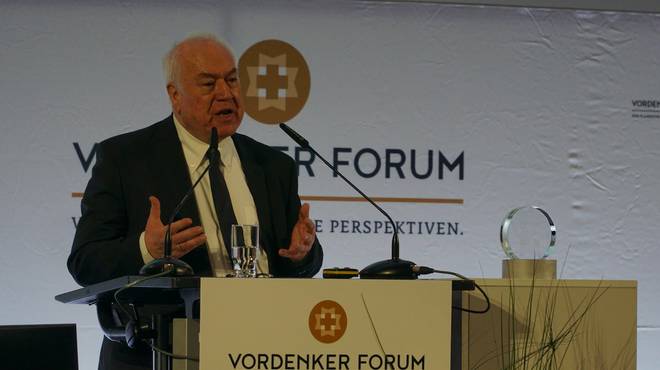 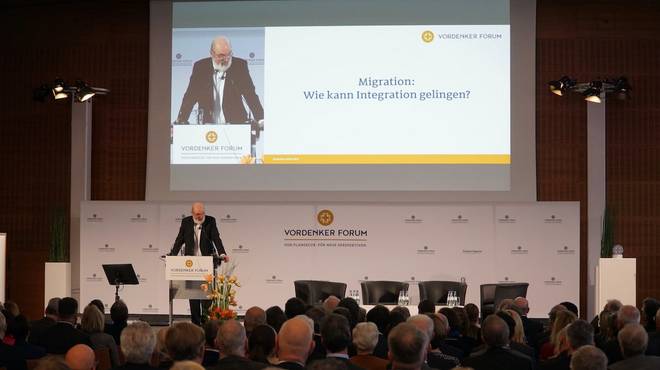 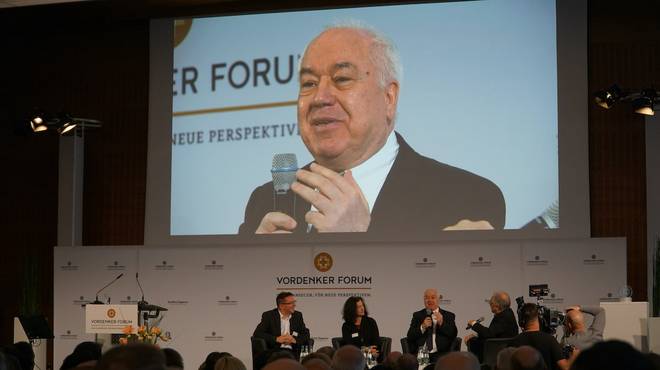 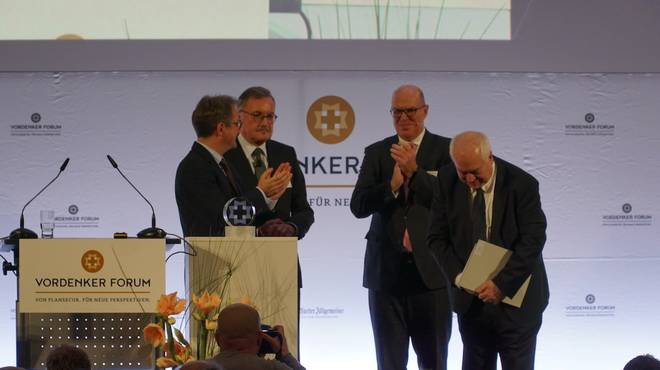 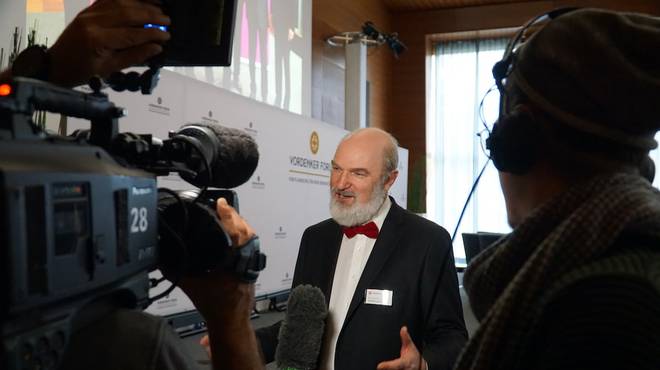