“The Respectable Business Person” – Schirrmacher at the Chemnitz University of Technology

This thesis was put forward by the sociologist of religion Thomas Schirrmacher in a guest lecture at the Chemnitz University of Technology (Technische Universität Chemnitz, or TU ). 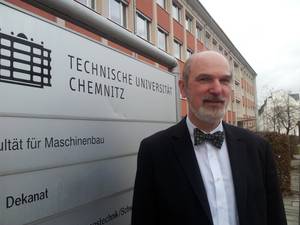 The guest lecture took place as part of a discussion forum at the Chemnitz University of Technology on the topic “The Respectable Business Person: Success using all Means? – the Economy from Standpoints of Profit and Conscience.” The forum was initiated by students from the departments of Economics and European Studies.

In his lecture “Economics and Theology – The Influence of Religious Precepts on the Economy,” Schirrmacher explained that neither religious leaders nor the group of particularly active members of a religion achieve the strongest effect on a society. Instead, the effects of religious precepts are strongest where they are accepted as given without being aware that they were originally matters of religious ordinances. As an example, Schirrmacher referred, to, among other things, the protection of Sunday in Germany. At its core, this was exclusively of a religious nature. Nevertheless, its positive economic consequences are so strong that nowadays trade unions are at least as strongly committed to Sunday protection as the churches.

As a further example, Schirrmacher cited the relationship between democracy and the Christian image of man. According to the philosopher Habermas, democracy always expects politicians to abuse their power. It is maintained that democracy therefore does not mean that democratic governments are automatically morally better than others. Instead, it is held that there is a unique opportunity in democracies to unseat the government without a bloody revolution. According to Schirrmacher, this is also based on a religious assumption:

“First off, most people today contradict the statement of Christian doctrine that ‘all men are sinners.’ However, this statement forms a core of modern democracy, which in turn the vast majority of people consider good and desirable.” 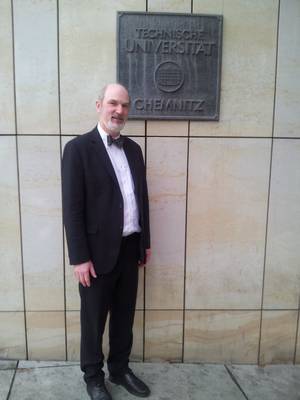 Schirrmacher also emphasized the importance of religious freedom for the economy: “Freedom of religion always has positive economic consequences.” Schirrmacher holds that one of the reasons for this is that religious minorities often have good connections abroad, which in turn has a positive effect on a country’s export economy. Schirrmacher corroborated his theses with examples from Egypt, Indonesia, Hungary, and Turkey.

On the prior evening, Schirrmacher had given a lecture on “Multicultural Society” in Chemnitz, which had been organized by the Evangelical Alliance Chemnitz and the Martin Bucer Seminar Chemnitz and was held in the Protestant School Complex. He particularly emphasized that it was important for the new German states to understand that the presence of Muslims in Germany was mainly due to large recruitment agreements from the time of the “Wirtschaftswunder” (Economic Miracle) and the time before reunification, such that we often would have been dealing with the 3rd and 4th generation of immigrants at that time, who could not simply be sent “home” (where would that be?). The high unemployment and often too little education and training were also a legacy of that time because for decades there had been the hope that the “Gastarbeiter” (guest workers) would simply leave. Schirrmacher maintains that Germany has only recently been voluntarily called an “immigration country.” It is only in this century that a systematic and successful integration policy began, for example through free language courses for all age groups. 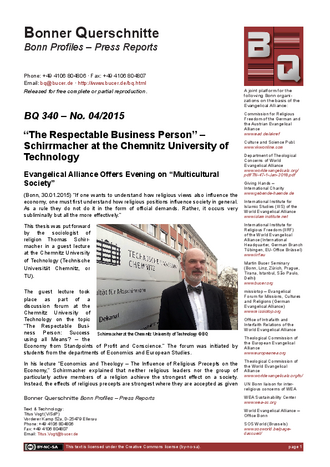