(Bonn, 22.02.2019) The European Evangelical Alliance (EEA) celebrated on January 16 the 25 years of socio-political engagement in Europe. This is a summary of the thanksgiving service held in the Chapel for Europe in Brussels (Belgium).

Julia Doxat-Purser, who was intensively involved in the start of the Brussels office, referred to the many people who participated over the last 25 years. The work was made possible by the staff workers, the interns, the many individuals contributing on a voluntary basis, as well as churches and evangelical NGO’s. She was grateful for all those who shared the vision of opening the EEA office in Brussels. But above all she wanted to express her thankfulness to God, and she reminded the audience that this meeting was a service of thanksgiving to God, not of honouring the European Evangelical Alliance.

25 years ago the presence of Christians in the European institutions was very small. Having the office in Brussels was never obvious: financial resources were limited and on several occasions its closing has been considered. Yet there was the need for bringing the Good News to the world of European politics. Christians want to share hope, they want to be ‘good news people’.

Hope was also the main theme of the address made by Thomas Schirrmacher, WEA’s Associate Secretary General for Theological Concerns. He reflected on the first verses of Romans 12 (“Therefore I urge you brethren, by the mercies of God, to present your bodies as a living and holy sacrifice, acceptable to God, which is your spiritual service of worship”). Living a holy life is not easy; we can not do it from our own power and strength, but only by the grace of God. 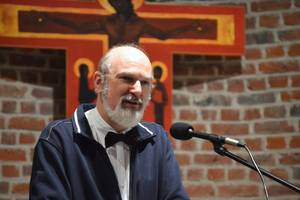 Christians have the desire to bring hope, but often the world is against them. But what is the world? Is it merely something external? It is not only something geographical, or ‘the place outside the church’. The world can be in our heads, in our minds. If we want the world to change, we have to change ourselves. The change has to start in our own mind and that can be a slow change. Should Christians be involved in efforts to change society or should they only focus on spiritual matters? When the Evangelical Alliance was founded in 1846, the goal was clear: evangelicals had to fight against a lot of evil in society, e.g. the slavery in Great Britain. John Newton was deeply involved in slave trading, but he came to know God and wrote the famous song ‘Amazing Grace’, which Schirrmacher considered to be the unofficial anthem of the evangelicals. Yet many people are afraid to get involved in politics. Nevertheless, Christians can show the good example. Still it requires a good attitude.

Reaching for holiness is a lifelong process in which our thinking becomes more and more in line with the thinking of Jesus. Christians have to consistent: one can not be ‘half a Christian’, one can not be a Christian only in private life, or only in business life. Schirrmacher emphasised that Christians have to be open minded. Their hope is not in the strength they have, in the available funds or in their intellectual power.

At the end of the gathering EEA Secretary General Thomas Bucher invited his predecessor Gordon Showell-Rogers to give thanks for the things that were done in the past and Frank Hinkelmann, President of the EEA, to pray for the future of the EEA. 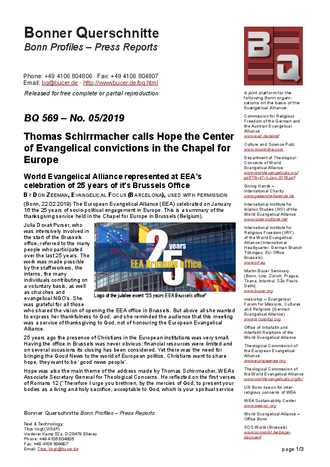 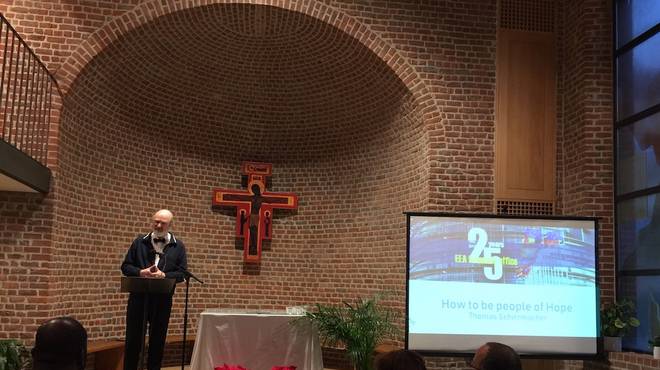 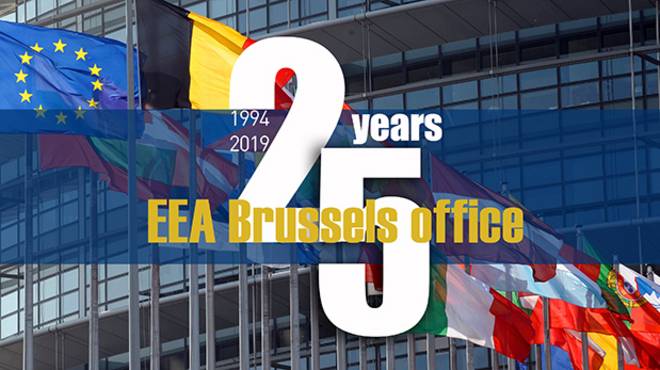 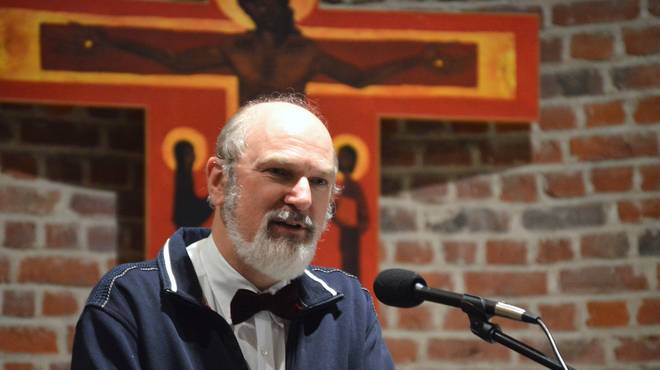 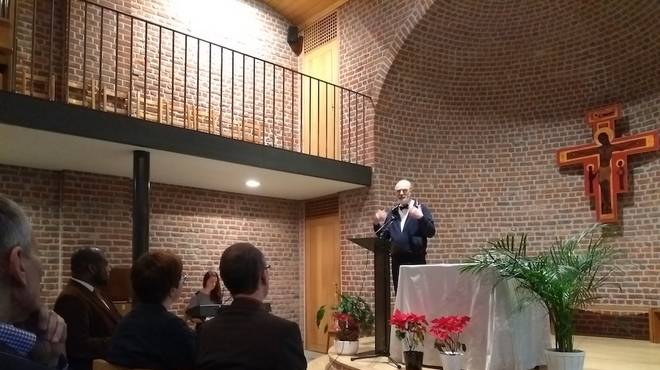 Thomas Schirrmacher speaking in the Chapel for Europe © Don Zeeman/EEA 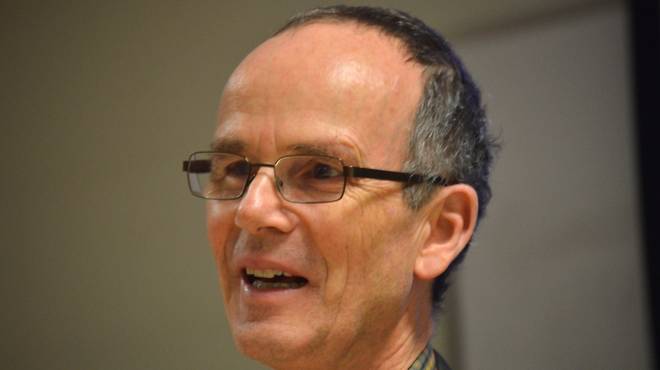 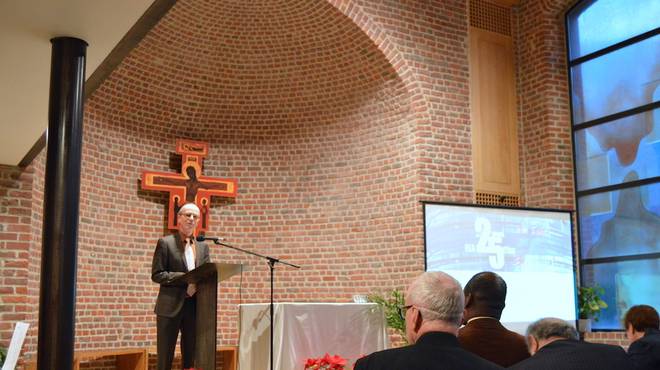 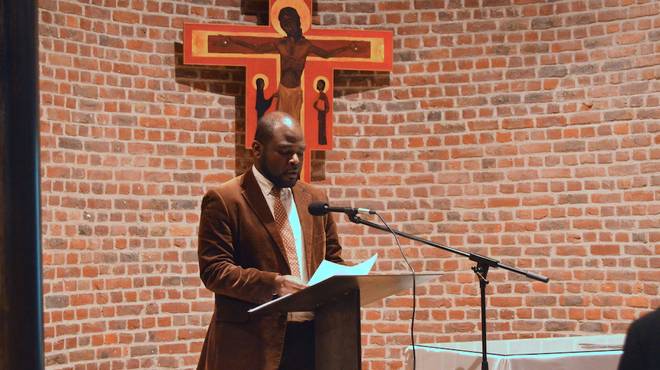 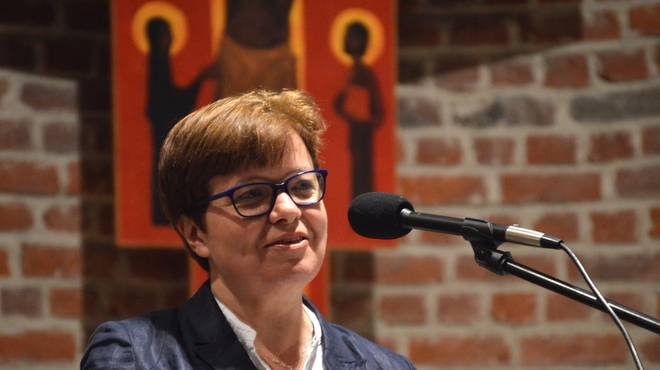 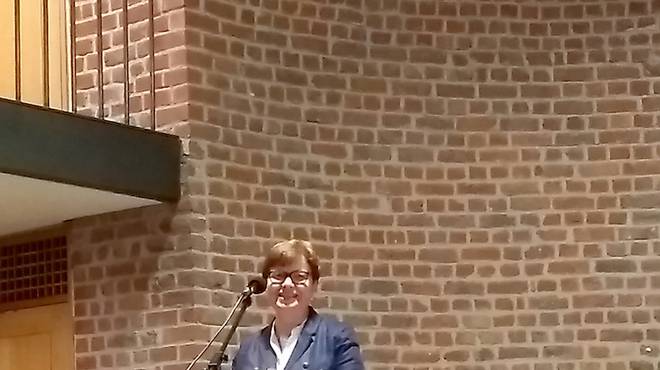 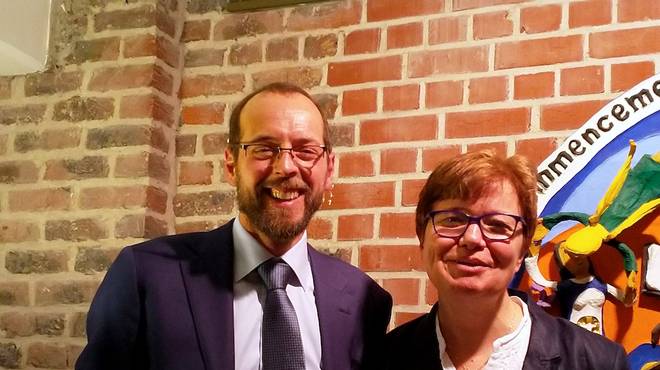 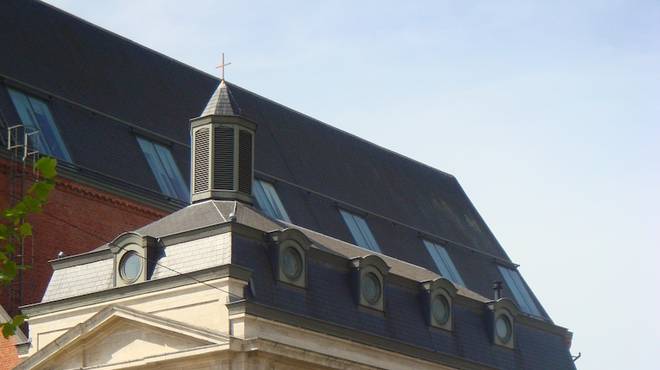 Logo of the European Evangelical Alliance