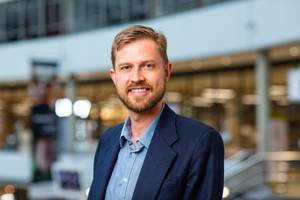 “As the founding Co-Directors Prof. Dr. Dr. Schirrmacher and I are happy that Dr. Dennis Petri will replace us as the International Director of IIRF,” commented Prof. Dr. Christof Sauer, who holds a Professorship on Religious Freedom and Research on Persecution of Christians at Giessen School of Theology, Germany, on behalf of the IIRF, and added: “He has a history of excellent cooperation with us over the past years, including his guest-editing a forthcoming issue of the International Journal for Religious Freedom (IJRF) on The Impact of Religious Freedom Research.” Sauer will remain Research Director of IIRF.

Prof. Dr. Janet Epp Buckingham, the World Evangelical Alliance’s (WEA) Director of Global Advocacy, congratulated Petri and said: “Dennis will bring a fresh vision and passion to the important work of the IIRF as a center for academic research and publications on freedom of religion or belief (FORB). Reliable research is essential to effective advocacy. But it also stands as a contribution to global academic discussion about FORB.”

Putting the recent appointment into the wider historical context of the WEA’s engagement, Secretary General Bp. Dr. Thomas Schirrmacher who co-founded the IIRF commented: “When the Evangelical Alliance was founded in 1846, religious freedom for all and specifically the opposition to states forcing people to adhere to their national religion – including Christianity – was one of the pillars. The WEA was the first transnational religious movement that championed religious liberty. And I am very pleased that with an experienced researcher like Dr. Petri we can ensure that the IIRF continues to actively uphold this tradition and pursue the vision of religious freedom for all.”

Petri currently teaches at The Hague University of Applied Sciences (Netherlands), the Latin American University of Science and Technology (Costa Rica) and the Latin American Faculty of Social Sciences (UNESCO). He has previously served in a number of organizations and government roles focusing on religious freedom, peace building and social development, including at Open Doors International, the European Office of the Inter-American Development Bank, the Arias Foundation for Peace and Human Progress in Costa Rica, and others. As a Mexican-Dutch author, he has published on freedom of religion, religion and politics, social dialogue, parliamentary reform and democratic assistance. He founded OLIRE as a research, training, and advocacy program, with the mission to promote religious freedom on the continent. The Observatory serves its partners, academia, civil society, and policy makers with research data, training materials, and policy recommendations to promote religious freedom for vulnerable religious minorities in Latin America.

John Fredy Osorio Cardona, Advisor to the Director of Religious Affairs of the Government of Colombia, said: “Dr. Dennis Petri has been a supremely diligent person in defending Religious Freedom in the countries of the American continent. As the founder of the OLIRE, he has endeavored to reduce violations of religious freedom through his research, public lectures, technical support to local and national governments, and the creation of synergies between academics, professionals, religious leaders, and other actors. I am very pleased with his appointment as International Director of the IIRF and wish him every success in his new role.”

Upon his appointment, Petri said: “With extraordinary vision and skill, Thomas Schirrmacher and Christof Sauer laid a solid foundation for the International Institute for Religious Freedom. It’s an honor to have been asked to build upon that foundation and lead the institute into a new phase of consolidation and expansion. As its International Director, I commit to work incessantly toward the promotion of religious freedom worldwide and for all faiths, making religious freedom data widely available and contributing to increased religious literacy.”

Under the auspices of the WEA, the IIRF is a network of professors, researchers, academics, specialists and university institutions from all continents. Local chapters work to analyze reliable data on the violation of religious freedom worldwide. They also seek to introduce religious freedom topics in college and university programs and curricula, especially in the areas of law, sociology, religious studies and theology. IIRF has branches in Europe, Africa, Asia and North America with offices in Brussels, Colombo, Delhi, Cape Town, Brasilia, Tübingen and Vancouver.

IIRF is the publisher of the International Journal for Religious Freedom, with Prof. Dr. Janet Epp Buckingham in Canada as the current executive editor. Latest issues have covered “Responding to persecution”, “Gender and Religious Freedom” and “Christian minorities and religious freedom”. 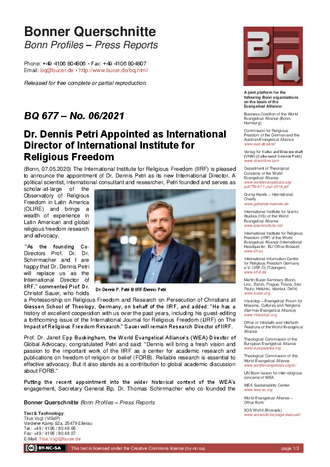 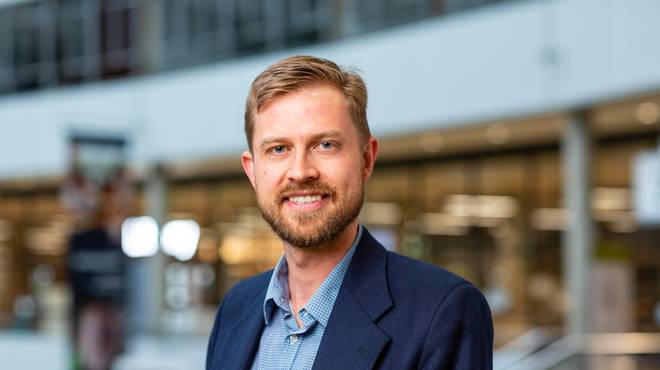 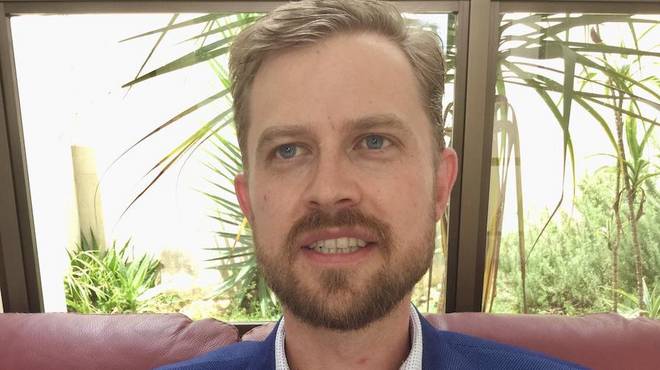