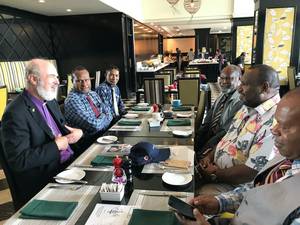 “Again and again in the media, even in academic reference books, there is generalizing talk of ‘the Evangelicals’. These three alliances alone could not be more diverse”, says Thomas Schirrmacher. Their history, their ecclesiastical composition, their political positioning and other areas had run quite independently of each other.

Discussions with the Board of the Australian Evangelical Alliance (AEA) & Evangelical Foundation of Australia were organised by its Secretary responsible for conjunction with the WEA, Dr Richard Dickins, who also heads the EA Foundation and the Association of Evangelical Mission Societies, Missions Interlink. Also attending were: John Peberby, EA Insurance Services, Denise Cooper-Clark, Chair of the Ethos Centre for Christianity and Society, Rev Dr John Yates, Anglican priest working with the Gospel Coalition, Jude Simion from the Refugee Highway Partnership, Jim Rawson, Christian Ministry Advancement, and Barbara Deutschmann, TEAR Australia.

Christine Schirrmacher had an additional talk concerning the cooperation of the International Institute for Islamic Studies with Dr Gordon Preece, the CEO of the Ethos Centre for Christianity and Society, the socio-political think tank of the AEA. 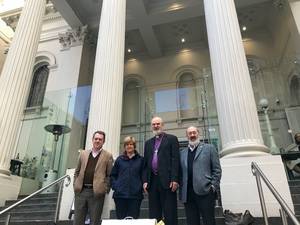 The meeting with the New Zealand Christian Network was attended by the Board and other leading Evangelicals. Christine Schirrmacher reported on the situation of the Evangelical Alliances in the Near and Middle East and the international dialogues of the World Evangelical Alliance with Muslim leaders.

Thomas and Christine Schirrmacher also paid a courtesy visit to Prof Dr Bruce Nicholls, who is actively retired in Auckland. Among other things, Nicholls four decades ago founded the journal ‘Evangelical Review of Theology’ of the Theological Commission of the World Evangelical Alliance, which is currently published by Thomas Schirrmacher. 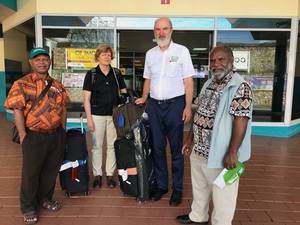 In Papua New Guinea, Thomas and Christine Schirrmacher had a meeting with the Executive Board of the Evangelical Alliance of Papua New Guinea, led by the President, Pastor Mathias Hamaga, and the General Secretary, Pastor Bosuk Anaisep.

In addition, a half-day working meeting with Evangelical leaders and leaders of church associations took place, in which the main topic was the reorganization of the political representation of the Alliance in the capital. This was subsequently agreed upon with the Prime Minister of the country, James Marape.

In all three countries Thomas and Christine Schirrmacher also visited government representatives as well as non-Evangelical churches and held talks with leaders of non-Christian religions. 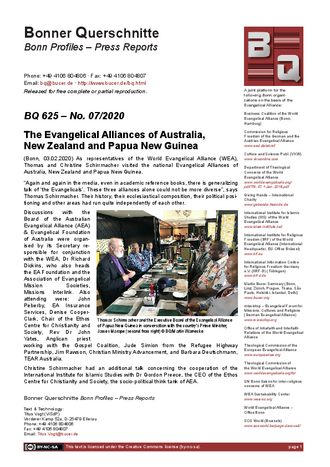 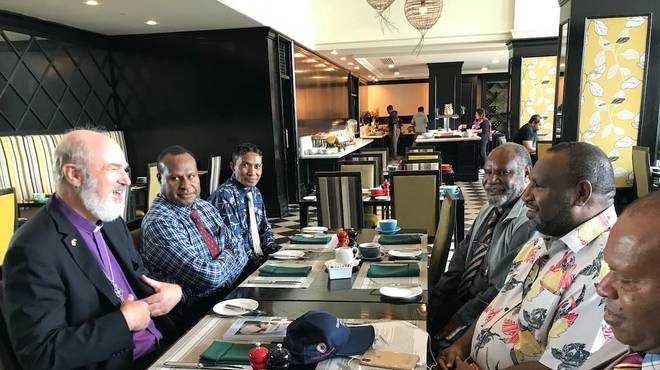 Thomas Schirrmacher and the Executive Board of the Evangelical Alliance of Papua New Guinea in conversation with the country’s Prime Minister, James Marape (second from right) © BQ/Martin Warnecke 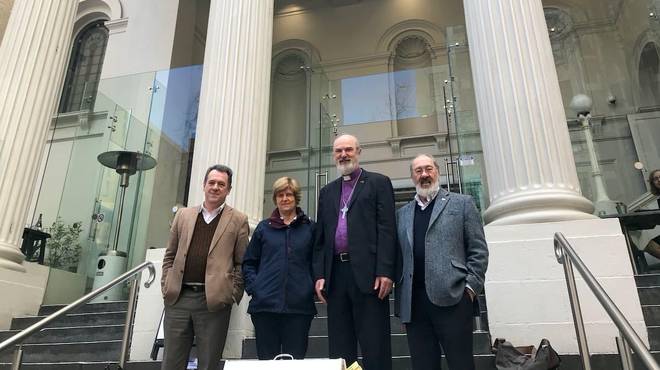 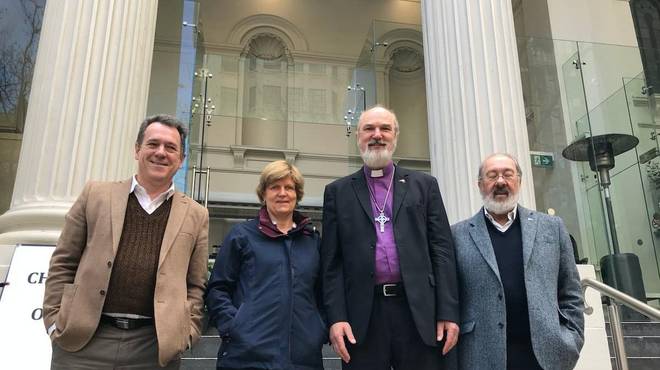 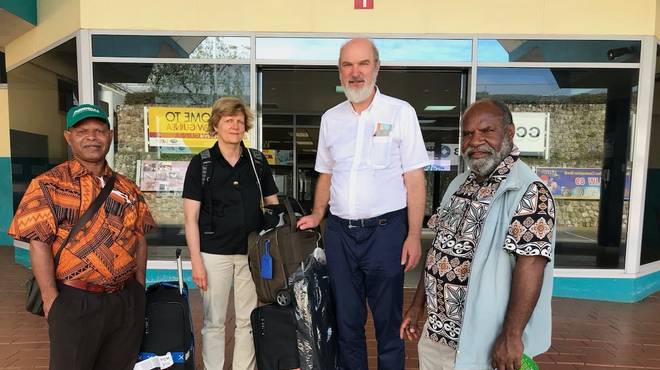 Papua New Guinea: Pick up at the airport by the President and the General Secretary of the Evangelical Alliance © BQ/Martin Warnecke 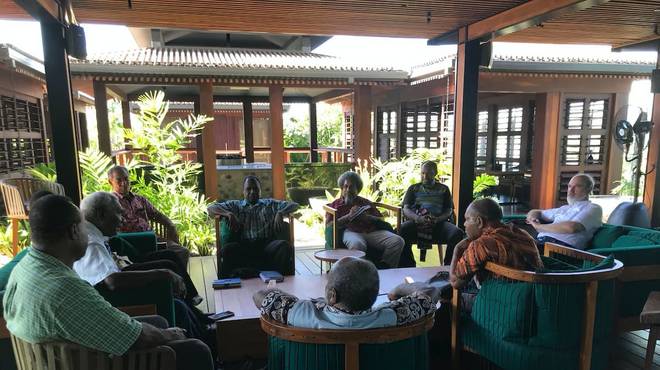 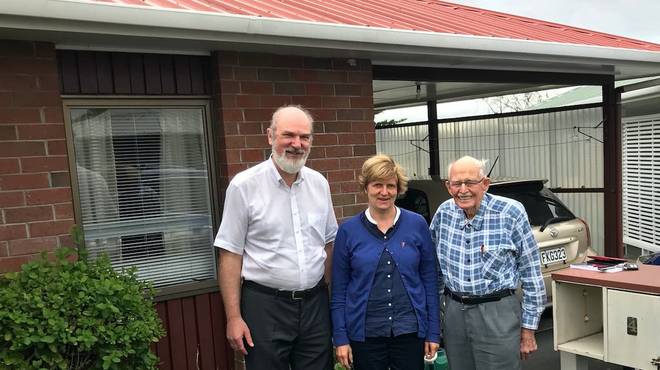