(Bonn, 11.02.2022) The World Evangelical Alliance (WEA) pays tribute to Rev. Dr. George O. Wood who served a full 10-year tenure as General Superintendent of the Assemblies of God (AoG) in the United States from 2007 to 2017, and since 2008 also as Chairman of the World Assemblies of God Fellowship until his death. In his role as head of the national Pentecostal denomination, he was a member of the board of the National Association of Evangelicals (NAE), the WEA’s member body in the United States. And in his international role, he frequently challenged other evangelical leaders to passionately aim for growth and diversity for the sake of Jesus Christ. Dr. Wood passed away last week after having been diagnosed with cancer a few months earlier. 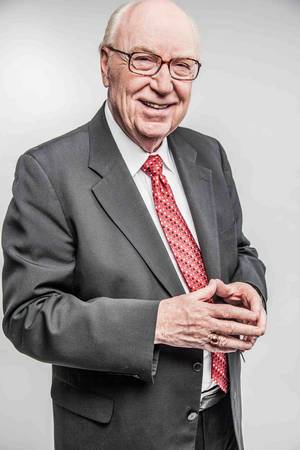 Rev. Leith Anderson who served as President of the NAE during Dr Wood’s tenure at the AoG commented: “George Wood was a leader’s leader and a blessing to all. During his ten years as General Superintendent he faithfully served on the NAE board and Executive Committee, representing the Assemblies of God as the largest of NAE’s 40 member denominations. Never missing meetings, he was loved and respected as godly in character, wise in decisions, humble in relationships and the friend of everyone.”

“George Wood had an amazing ability to hold close to his Christian faith and Pentecostal theology while listening to and respecting the opinions and convictions of others. When registering for the annual NAE Denominational Leaders Retreat, heads of other denominations always asked, ‘Will George Wood be there?’ They knew Brother Wood would be the wise and warm friend who would affirm, coach and encourage everyone as followers of Jesus Christ and leaders of Christ’s church.”

WEA Secretary General Bishop Dr. Thomas Schirrmacher said: “The WEA has lost a great friend. As the local and national AoG churches are members in almost all of our 143 national Evangelical Alliances around the world, it was vital that George as the highest representative of the global fellowship saw AoG’s place firmly in the global evangelical family – even though he challenged his siblings in Christ constantly not to be satisfied with what we have, but to invest in mission and ensure that the Church is growing. He often missed the zeal to fulfill the Great Commission, but in his warm and friendly manner he communicated it in a way that was helpful and not divisive.”

“I personally think that his ministry as General Secretary and then General Superintendent in the USA 1993–2017 has left an incredible legacy not only because his denomination was growing continuously, but because he facilitated the transition of the AoG from a once purely White church to a church with 42% non-White membership, when he retired. This is not only an important message for the Church in the USA, but to the WEA globally to help overcome any undue domination by any ethnic group, language, national identity or financial background.” 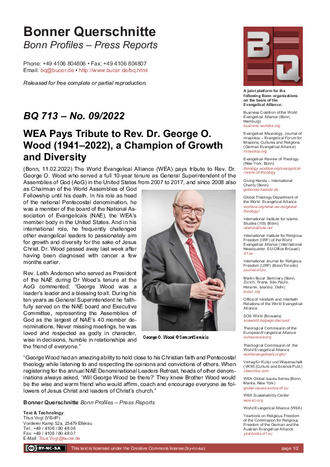