Political Islam and Freedom of Religion

Kelek, Kirchhof and Schirrmacher discussing with the Bavarian minister of justice in Berlin 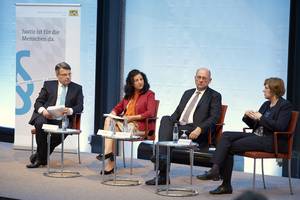 (Bonn, 07.06.2017) The political Islam is posing new challenges for Germany. The fundamental right in article 4 of the constitution protects the individual’s freedom of religion and binds the state to neutrality towards religions. But what, if patriarchal-archaic traditions are also being declared to be religious commandments? What if such commandments are in conflict with the fundamental values of our constitution? Do we then have to reconsider our freedom of religion? On June 1st, 2017, the Bavarian minister of justice, Prof. Dr. Winfried Bausback, and the Bavarian representation in Berlin invited to a panel discussion, “Political Islam and Constitution – do we have to reconsider Freedom of Religion in Germany?”, with three experts participating, namely Prof. Dr. Ferdinand Kirchhof, vice-president of the Federal Constitutional Court, Prof. Dr. Christine Schirrmacher, who also teaches in many government offices, such as the Federal Foreign Office, and publicist Dr. Necla Kelek. State minister Prof. Bausback gave an introduction to the theme under discussion and to the present challenges of political Islam and anchored the panel discussion. 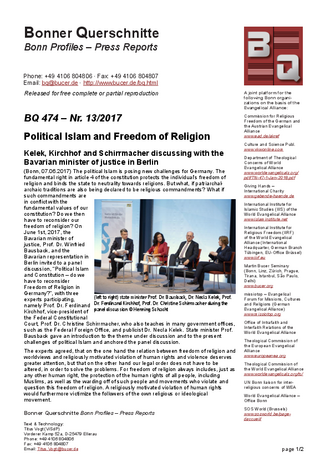 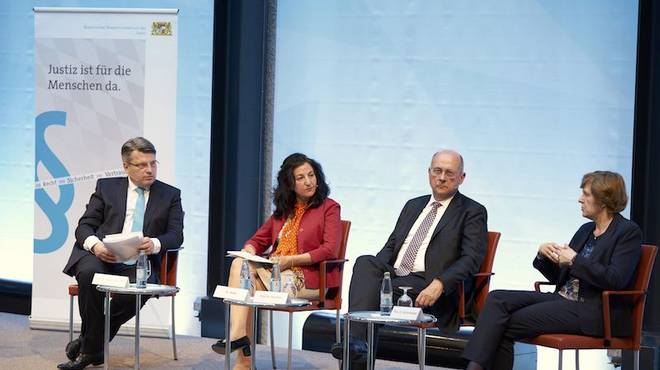 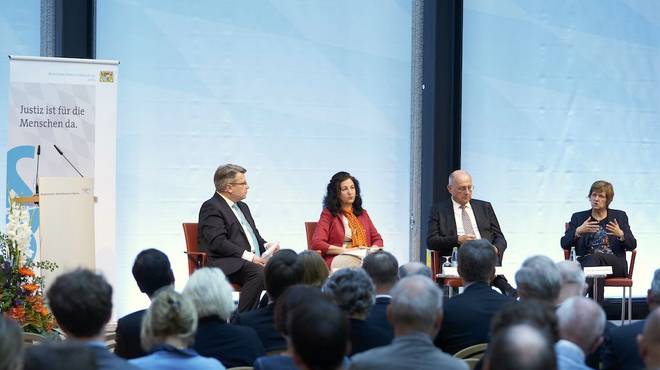 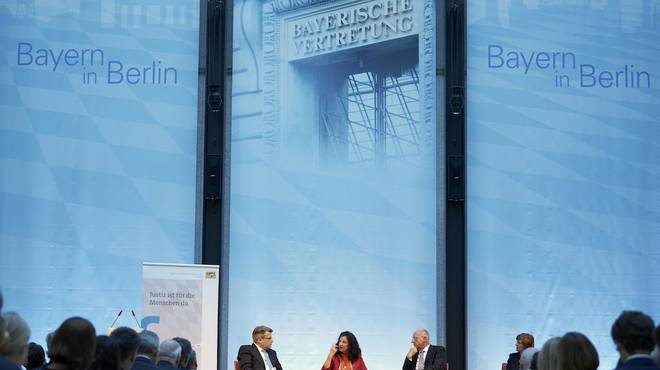