missiotop has a new chairman 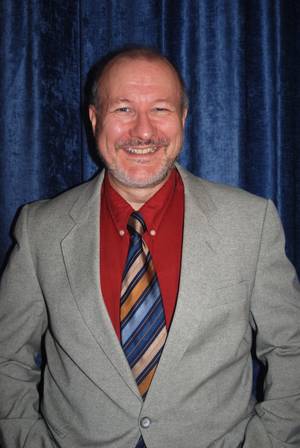 Heißwolf was born in Reutlingen in 1962. He worked as a missionary for DMG interpersonal in Japan from 1991 to 2017. During this time he received a MA and a MDiv in Missiology from the USA and South Africa and received his doctorate on Japan from the University of South Africa. He has taught regularly in Japan, worked with Japanese migrants in Germany and is a lecturer and department head in missiology at the BibelStudienKolleg in Stuttgart. He has seven children with his wife Andrea.

Dr. Eberhard Werner, born in 1966, was elected as second chairman. He received his doctorate in New Testament theology from the University of Wales and studied applied linguistics in the USA. He is Director of the Network Disability Studies and Intercultural Theology (NeDSITh) at SIL International, based in Dallas (USA), as well as Director of the Research Foundation Culture and Religion in Gießen.

The previous chairman, Professor Thomas Schirrmacher, did not stand for re-election due to his extensive international travel activities. He had co-founded missiotop in the mid 1980s. In his farewell address, Schirrmacher emphasized that missiotop is unique in the world, because it still succeeds in uniting mission practitioners, leading members of mission societies and missiology teachers and professors in research. Normally, these groups tend to keep to themselves.

Professor Bernd Brandl thanked Schirrmacher for decades of cooperation and acknowledged Schirrmacher as one who was heard worldwide far beyond the evangelical area, also in matters of mission and missiological research. This has always been good for missiotop.

Schirrmacher will continue to be available to missiotop as editor of the journal ‘Evangelische Missiologie’, whose managing editor is Dr. Meiken Buchholz.

At the beginning of the conference, a minute’s silence was held in memory of the founding member Professor Peter Beyerhaus, whose funeral took place at the same time. Schirrmacher, who had published a Festschrift in 1999 to mark Beyerhaus’ 70th birthday, praised Beyerhaus as a tireless promoter of evangelical missiology, constantly reminding people that mission, church and theology belong inseparably together and that none of them should lead a life of their own. 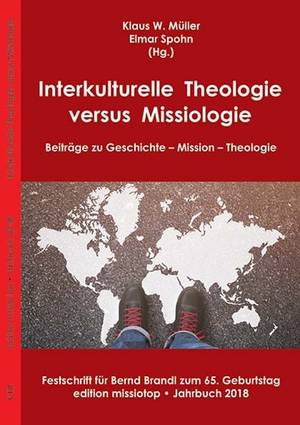 The theme of the annual conference in karimu, the conference centre of the Wycliff Bible Translators in Burbach near Siegen, was “Animism”. The introductory keynote address was held by Professor Lothar Käser, ethnologist at the University of Freiburg, whom Schirrmacher described as a “mastermind”, whose pioneering classification of animism was appreciated as much in the secular world as among Christian missiologists. 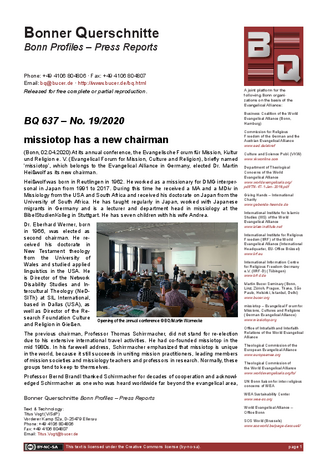 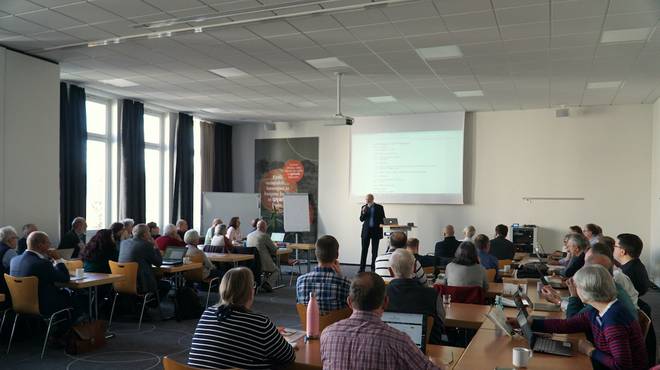 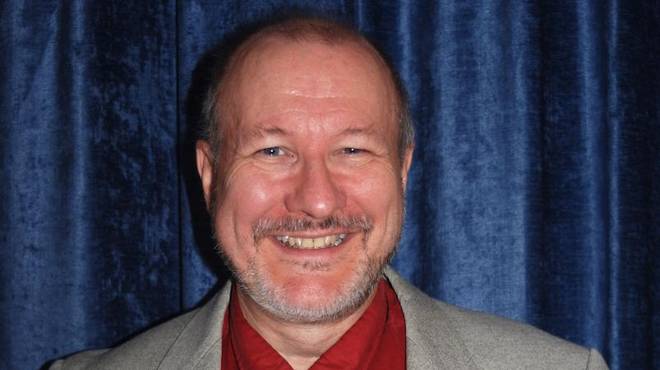 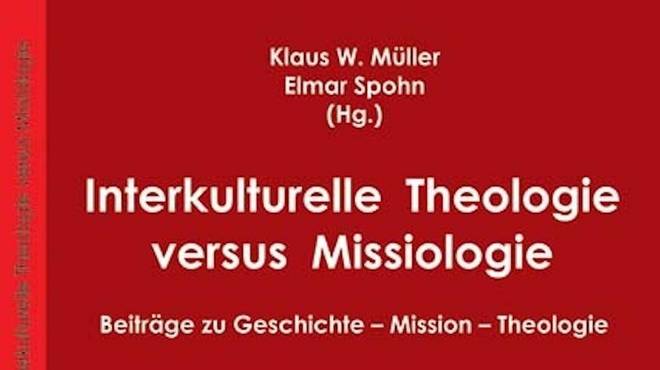 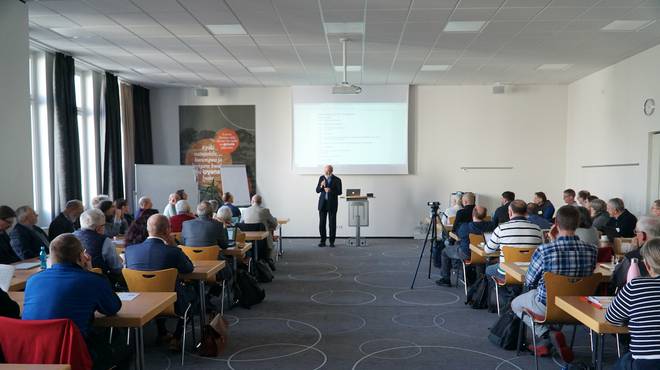 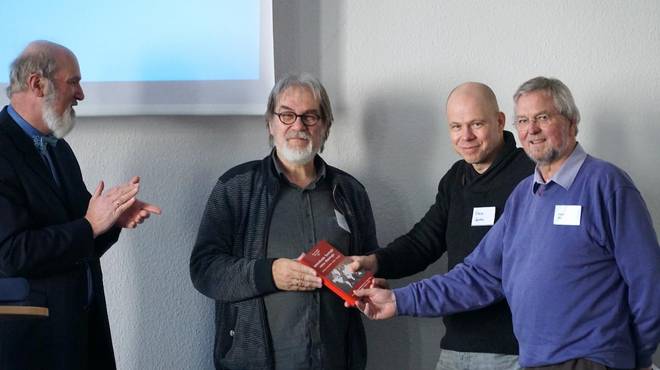 Presentation of the Festschrift to Professor Bernd Brandl © BQ/Martin Warnecke 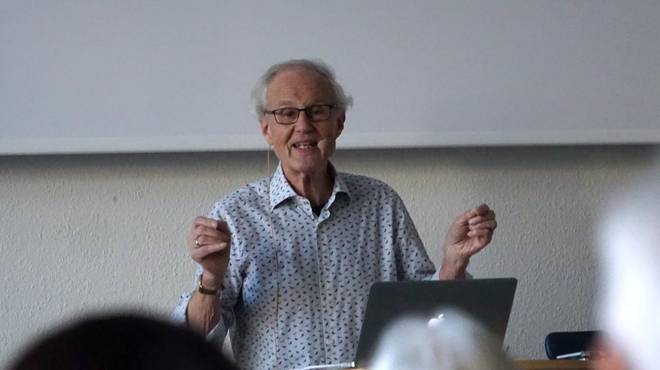 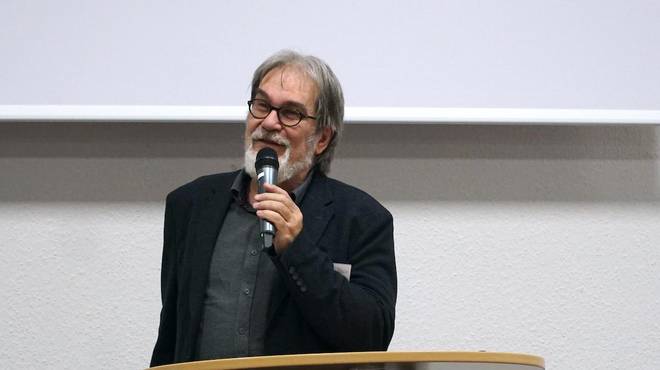 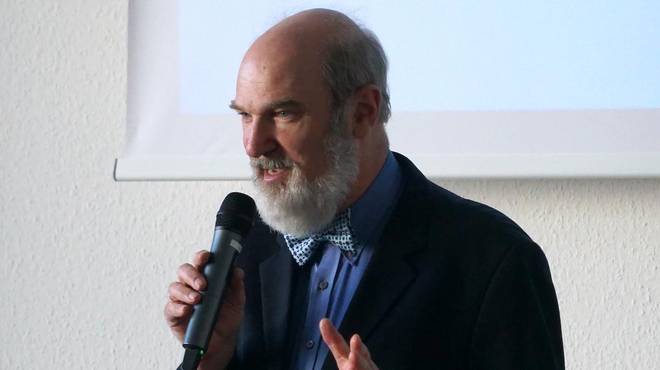