(Bonn, 19.06.2019) Christine and Thomas Schirrmacher of the World Evangelical Alliance have visited Ecuador and Peru to learn about the human rights situation, including freedom of religion, freedom of the press, and the situation of indigenous peoples. 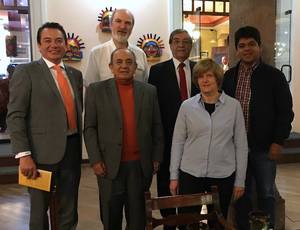 Christine and Thomas Schirrmacher met with the President, the General Secretary, and the Board of the Evangelical Alliance of Ecuador, Confraternidad Evangélica Ecuatoriana (CEE), and were informed about the situation of religious freedom and human rights in the country. Founded in 1964, this Evangelical Alliance is recognized by the Ecuadorian government as the professional association representing the Evangelicals in the country. Its president is Pastor Estuardo López.

The CEE reported that the improved relationship of the WEA to the Pope and to the Vatican had also had a positive impact in their country and that the churches were now jointly addressing human rights issues. 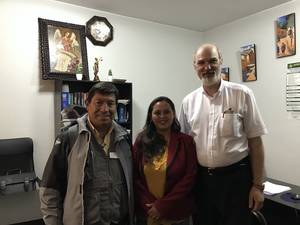 Christine and Thomas Schirrmacher also met with María Belén Tinajero, Project Director, and Verónica Manoslavas, Financial Director of ‘Fundamedios’, an organisation that stands up for press freedom and imprisoned journalists and is financially supported by the German section of the International Society for Human Rights. Fundamedios shared their assessment that with the new president Lenín Moreno there is hope that change will happen.

The Andean Foundation for Observation and Study of Media, also known as Fundamedios, is an Ecuadorian non-governmental organization created in 2007, with the aim of supporting media and journalists by monitoring threats and attacks against freedom of expression, as well as document the violations that have occurred against the press. Executive director of ‘Fundamedios’ is César Ricaurte, President of the Board Juan Carlos Calderón. 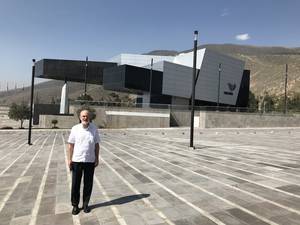 The two experts on religious freedom and human rights also visited the Union of South American Nations (UNASUR) and its futuristic headquarters “Edificio Néstor Kirchner” in La Ciudad Mitad del Mundo near Quito. It was inaugurated in 2014. 12 South American states belong to UNASUR.

They then spoke with representatives of indigenous peoples in Pichincha Park. Thomas Schirrmacher reports: “Linguistically Ecuador and Quito both have the same meaning, namely ‘equal’, and refer to the equator line. French scientists mismeasured the equator line at the time. Today there is a family park, a tourist magnet. 200 meters to the south is the real equator line in an inconspicuous park ‘pichincha,’ which is also called ‘Mitad del Mundo’ (center of the world). It is not only very suitable for experiments around the position of the sun at the equator line, but also to study the history of different ethnic groups in Ecuador. It shows how people lived 300 years ago and how the original ethnic groups of the country in the tropical rainforest live today, who, by the way, do not care much about the borders between Ecuador and the neighbouring countries Peru and Colombia.”

The journey continued to Peru, where Christine and Thomas Schirrmacher met with human rights lawyers and refreshed their knowledge of indigenous peoples in Chinchero, Pisac, Ollantaytambo and Urubamba. 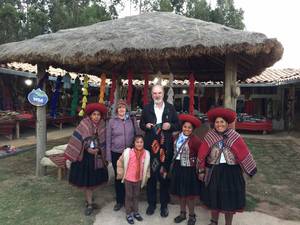 Thomas Schirrmacher reports: “As President of the ISHR I have been invited to testify in the Human Rights Council of the German Federal Parliament (‘Deutscher Bundestag’) on ‘Threatened People’. Having studied ethnology/cultural anthropology among other subjects, this is a topic that has accompanied me all my life. In my statement, I wrote:

‘There are human rights violations that do not target just individuals, but whole peoples, may it be ethnic people groups, language groups, religious groups, low-class economic groups, or very often a mix out of those elements. I just visited such ethnic groups in Ecuador and in Peru on an altitude between 2600 and 3500 meter, beside partner organisations there involved in fighting for the freedom of press.

In Ecuador it is more the tribes that did fight against the Inkas centuries ago, in Peru it is more the descendants of the Inkas in the mountains of the picturous Andes, that are threatened – see the photo with descendants from the Inkas showing us, how they still produce clothes out of alpaca wool with naturals dyes the same way as it was done 500 years ago.

The ISHR has a long history of fighting for the human rights of threatened people like the Jezids in Iraq, the Kurds in Turkey, the Rohingya in Myanmar, the Syrian-Orthodox Christians in Syria, the Tibetans and Uigurs in China, the Ahmadiyya in Pakistan, or the Armenians in Turkey and else. This has led us to a network of good friends and an experience of hospitality worldwide, which I never want to miss.’” 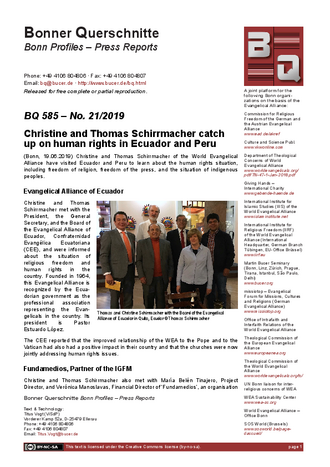 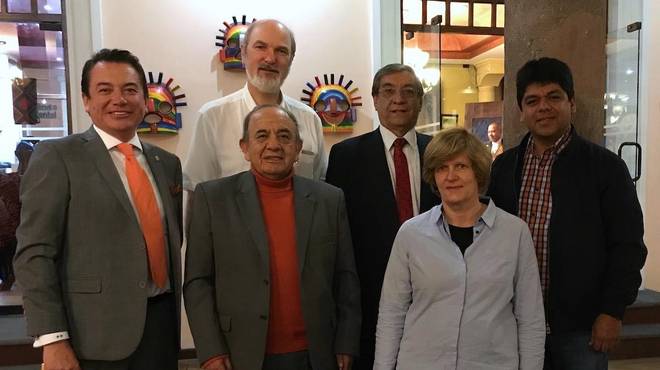 Thomas and Christine Schirrmacher with the Board of the Evangelical Alliance of Ecuador in Quito, Ecudor © Thomas Schirrmacher 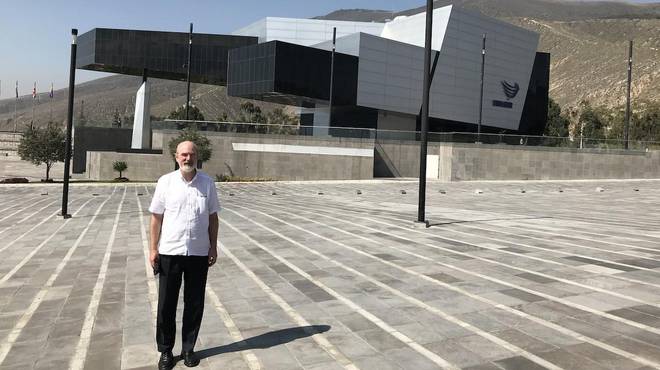 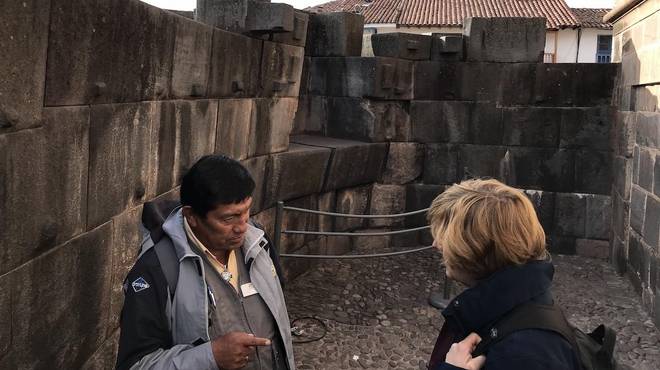 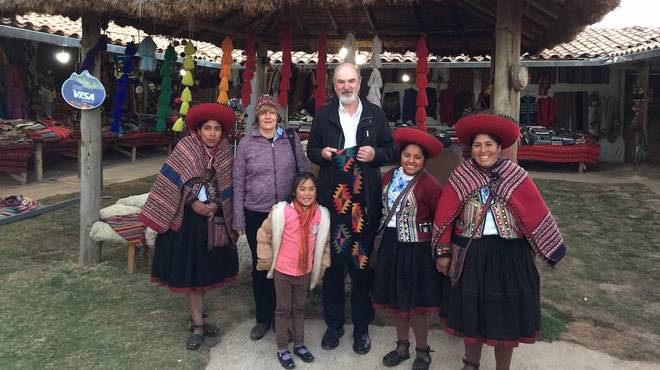 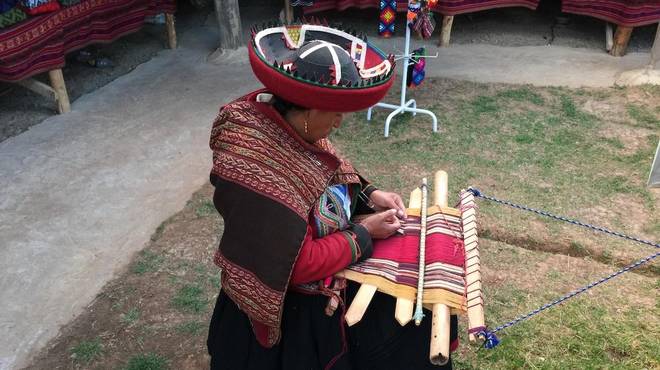 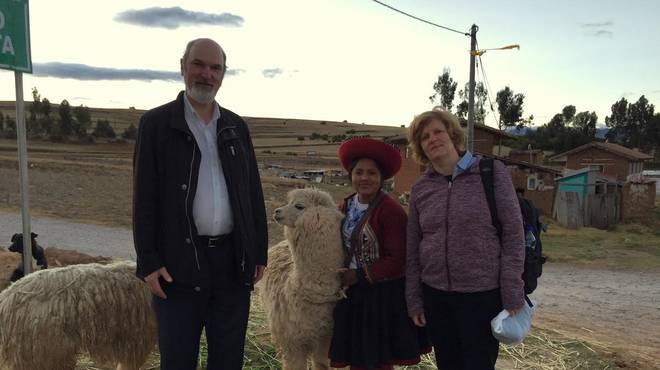 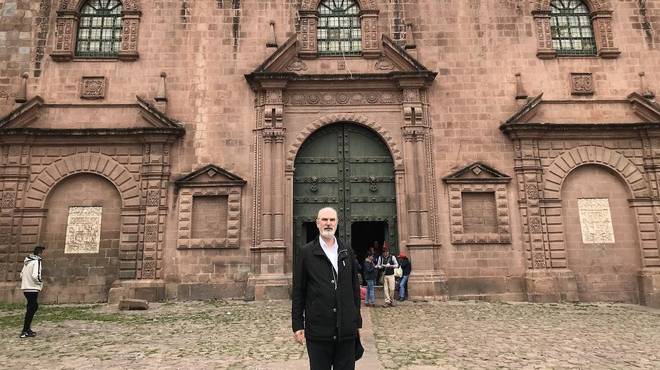 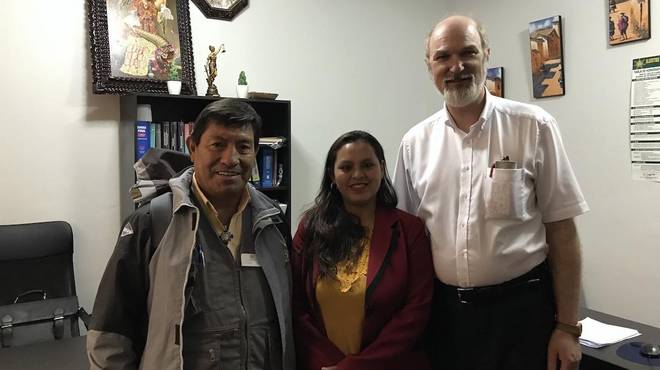