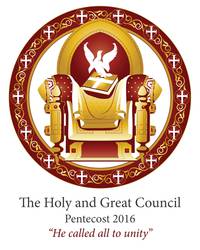 (Bonn, June 24, 2016) Thomas Schirrmacher, the World Evangelical Alliance’s Chairman of the Theological Commission and Moderator of Intrafaith and Interfaith Relations, paid a courtesy visit to a number of patriarchs upon the occasion of the opening of the Council of the Orthodox churches in Crete. He also greeted the German participants of the Council, the Greek Orthodox Metropolitan Augoustinos from his home town Bonn, the Romanian Orthodox Metropolitan Serafim, and the Serbian Orthodox Bishop Sergije. Furthermore, he participated in three opening worship services held by the assembled patriarchs and bishops over the weekend of Orthodox Pentecost, two on Pentecost Saturday in Kissamos and Heraklion and one four-hour central Pentecost worship service on Sunday in the Agios Minas Cathedral in Crete’s capital, Heraklion. 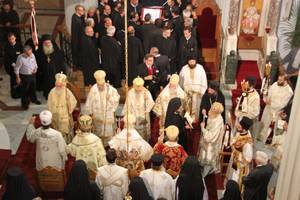 Greece’s President, Prokopis Pavlopoulos, along with several Ministers and high-ranking military officials, also participated. Subsequent to the worship service, the President invited the Patriarchs to a reception to which selected bishops and, as non-Orthodox, Olav Tveit, the General Secretary of the Ecumenical Council of Churches, Thomas Schirrmacher, and his colleague Titus Vogt also came. 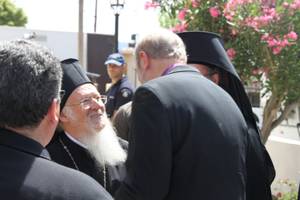 The Ecumenical Patriarch Bartholomew and the Patriarch of Alexandria Theodorus thanked the World Evangelical Alliance for its demonstration of solidarity and for its efforts in the cause of discriminated and persecuted churches. They urgently asked for intercession and the leading of the Holy Spirit in light of the difficult situation the Council faces. Schirrmacher assured both Patriarchs that their ecumenical mindset has contributed much to unity among churches around the world. Disunity within Orthodoxy burdens global Christianity; therefore, any progress benefits Christianity around the world.

Meetings with the following Orthodox officials are documented below:

·         Anastasios, Archbishop of the Autocephalous Orthodox Church of Albania

·         Stephanos, Metropolitan of Tallinn and all Estonia, Head of the Estonian Apostolic Orthodox Church

The Council was overshadowed by the surprising cancellation by the Georgian, Bulgarian, and Antiochian-Syrian Patriarchs. After that, the Russian Orthodox Patriarch also canceled, justifying the cancellation by maintaining that the Council was no longer a pan-Orthodox Council. Despite this, Patriarch Bartholomew and the other church leaders present decided to hold the Council. The validity of the Council will long occupy church legal experts. The Serbian Orthodox Patriarch had initially refused to participate but then did travel in the end. The first positions held in the patriarchate honorable order are: Constantinople (present day Istanbul) – Alexandria (near the present day Cairo) – Antioch (Syria) – Jerusalem – Moscow. With that said, two of the patriarchates, Antioch and Moscow, declined participation. 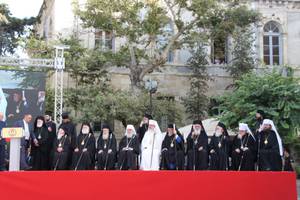 The background for Patriarchs’ staying away is, among others, the tension between the churches characterized as Greek/Byzantine and those churches characterized as Slavic. The former have the historic priority as regards to church origin, while the latter account for the majority of believers and bishops. At the present time, every church in the Council has one voice and that gives ‘the Greeks’ the majority. Moscow would like to vote according to the number of bishops, in which case ‘the Slavs’ would have the preponderance. The seating arrangement, for instance, is a matter of dispute. Moscow sees this as pope-making and wishes to see a completely equal seating order.

Although only six topics out of over 100 were selected to be decided upon at the Council – since on the other topics no consensus can be expected – even these six topics are disputed, above all the papers on ecumenicity (“the relationship of the Orthodox Churches to other churches within the Christian world”), on mixed marriages, fasting, and the question of how an independent (autocephalous) church comes into existence. 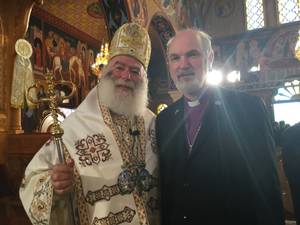 In 1965, Pope Paul VI rescinded the condemnation of the ecumenical patriarchs at the end of the Second Vatican Council. Since then, the schism of 1054 counts in principal as concluded, even if most Orthodox churches do not recognize the Catholic Church as a “church” – Protestant Churches are not recognized anyway. Already in expectation of these events, preparations for an Orthodox Council began 55 years ago in 1961, and two years of intense preparations are now threatening to be undone due to the fact that four churches have stayed away. This is the case despite the fact that in January in Chambesy near Geneva the Patriarchs of all fourteen churches faithfully promised their attendance.

Last Council occurred over 1200 Years ago 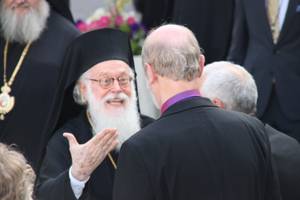 Out of the 250 million Orthodox Christians around the world, there are 150 million who belong to the Russian Orthodox Church. Orthodox churches have the first seven Councils in common with Western churches, of which the last one took place in 787 A.D. in Nicaea (present day Iznik) near present day Istanbul (the Second Council of Nicaea). After that, there was increased alienation, culminating in 1054 with the mutual ostracism of the heads of each other’s church – the schism between the Eastern and the Western churches. Against this backdrop, the heads of the Orthodox churches last reached a mutual resolution over 1,000 years ago. 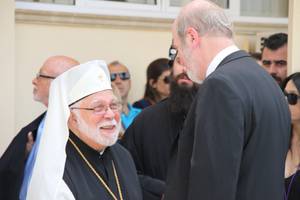 The heads of the 14 independent (“autocephalous”) churches are independent and enjoy equality, thus also those leaders who carry the title archbishop and preside over younger and smaller churches. For instance, this includes the Czech-Slovakian Orthodox Church and the Polish-Orthodox Church, which only have three and four bishops, respectively. 170 bishops are participating in the Council. Every church is allowed to send 24 bishops in addition to their head. If the church has less than 24 bishops, it sends all of them. In addition, there are six advisors for each church. Only the Ecumenical Patriarchate and the Albanian Orthodox Church have also called women as advisors.

The Ecumenical Patriarch of Constantinople carries his name because he alone possesses honorable preeminence and only he can call a Council. However, he is not a pope and has no authority to issue directives to the others.

His activities, which emanate from Istanbul, are actually greatly limited by the Turkish authorities, while his counterpart, the Russian Orthodox Patriarch Kirill I has significant financial resources and the backing of the Russian State and more than ten times as many believers. 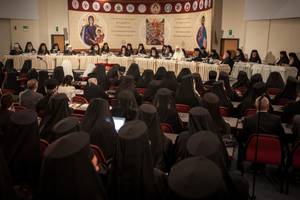 It is estimated that there are two million Orthodox Christians from various churches living in Germany. Given Germany’s Orthodox Bishops Conference, which was founded in 2010 and to which ten bishops from seven churches belong, the unity or at least the area of agreement of Orthodox churches has progressed father along than at the international level. The Chairman, the Metropolitan Augoustinos, is located in Bonn and is the Greek Orthodox Exarch for Europe.

The working sessions of the Council are taking place in the picturesque setting of the Kolymbari Orthodox Academy near Chania, which lies two hours from Heraklion on the northwest tip of Crete. The Council is ending with a “Divine Liturgy” this coming Sunday, June 26, in Chania. The final meeting as well as the last worship service can be followed via Livestream at

·         Official website of the Ecumenical Patriarch with coverage of the Council:

·         Official joint Orthodox church website with coverage of the Council:

Photo 1: The Orthodox Academy of Crete in Kolymbari, where the Council is holding its working sessions

Photo 2: During the morning “Divine Liturgy” on June 18, 2016 at the Annunciation Church in Kissamos under the direction of Theodorus II.

Photo 4: with Bartholomew, with Patriarch and Archbishop of Constantinople

Photo 5: with Daniel, Patriarch of the Romanian Orthodox Church

Photo 6: with Anastasios, Archbishop of the Autocephalous Orthodox Church of Albania

Photo 7: Thomas Schirrmacher in an interview with the French broadcaster  KTO in Kissamos

·         Reception of the Orthodox leaders on the evening of June 18 in front of the Church of St. Titus in Heraklion

Photo 11: the Orthodox leaders in front of the Church of St Titus

Photo 13: during the subsequent doxology and vespers (evening worship service) in the Church of St Titus under the direction of Patriarch Bartholomew

Photo 15: during the “divine liturgy” of the Orthodox Pentecost on the morning of June 19 St. Menas Cathedral in Heraklion under the direction of Bartholomew

Photo 17: meeting with Stephanos, Metropolitan of Tallinn and of all of Estonia, head of the Estonian Apostolic Orthodox Church

Photo 19: during the afternoon reception given by the Greek President, Prokopis Pavlopoulos

Photo 21: during the first working session of the council (© Seen Hawkey) 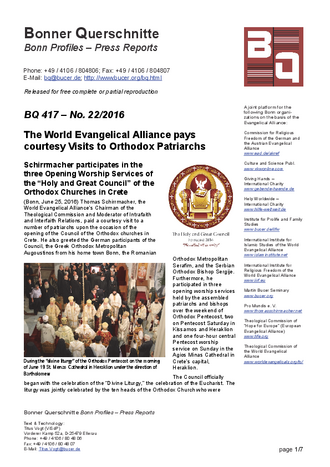