By Dr. Liubov Nemcinova, Chairman of the Moldovan Section of the ISHR

The following text is a short excerpt of a report by the Chairman of the Moldovan Section of ISHR, Dr. Liubov Nemcinova. A link to the long version of the report can be found at the end of this press release. 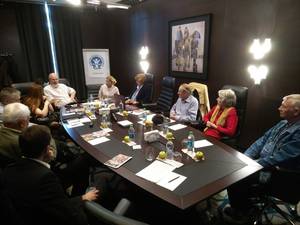 (Bonn, 01.07.2019) The President of the International Society for Human Rights (ISHR), Professor Thomas Schirrmacher, visited the Republic of Moldova from May 4 to 6, 2019. The purpose of the visit was to support Moldovan human rights activists, including the members of the Moldovan Section of the ISHR, as well as on-site study of the state of human rights in the Republic of Moldova, including the unrecognized Pridnestrovian Moldavian Republic (Transnistria). Note that Professor Schirrmacher is well-informed about the current political situation and the human rights activities of non-governmental organizations in the Eastern Partnership countries, including in Moldova. However, during the recent meeting, Moldovan activists completed the picture of the political situation by new details.

On May 5th, there was held a meeting of Prof. Thomas Schirrmacher with representatives of public organizations, business and lawyers in the city of Tiraspol, the capital of Transnistria. The meeting participants related about the current situation in which Transnistrian non-governmental organizations for human rights have to work; They learned about the functioning and structure of the International Society for Human Rights. 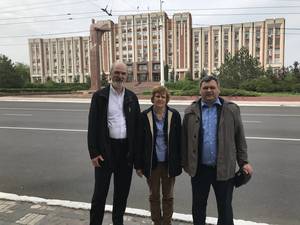 Within the discussion of socially significant processes, the participants of the meeting informed Prof. Schirrmacher about human rights observance issues in Transnistria and that some international organizations â involved in the analysis â donât always objectively interpret the information they dispose of. Active representatives of the civil society in Transnistria know better the situation in the region, as they constantly face human rights violations and try to help various categories of the population: young people, prisoners, gypsies and people with disabilities.

The President of the ISHR noted that obtaining objective information from the people living in Transnistria is an important line of activity of international structures and international human rights organizations, including the ISHR. Therefore, the creation and work of a working group in Tiraspol would be very important and relevant for cooperation with the ISHR.

On May 6th, in Chisinau, there was held a meeting of Prof. Thomas Schirrmacher, President of the International Society for Human Rights (ISHR), with Moldovan human rights defenders, lawyers and journalists. In the course of the rich three-hour conversation, the whole complex of problems associated with regular violations of human rights in the Republic Moldova was discussed.

The meeting participants related the serious deterioration of the situation with respect to human rights. Statistical data from independent international organizations for human rights were reported. According to these data, Moldova is at the level of the poorest African countries in the field of human rights observance. The dominant topic in the speeches of participants was the capture of the Moldovan State by the Democratic Party of Moldova (PDM) and, in particular, by oligarch Vladimir Plahotniuc. âIn a situation where the judicial system and the security forces are completely controlled by a small group of people, ordinary people in Moldova feel absolutely powerless and unprotected from the arbitrariness of the authoritiesâ representatives of human rights organizations assert. Speakers noted constant pressure on lawyers by the authorities. 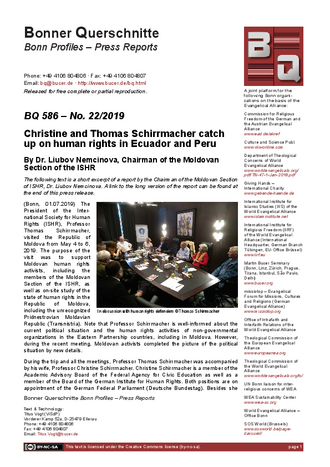 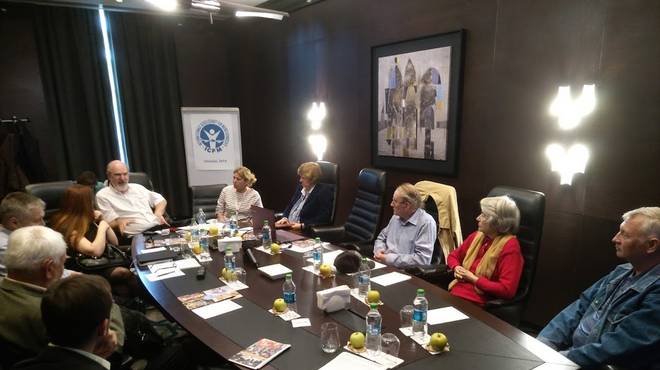 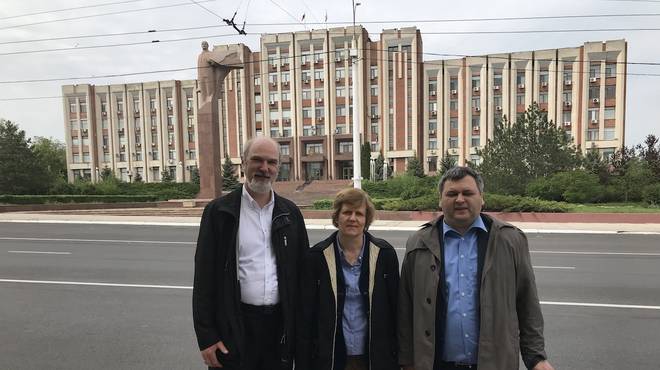 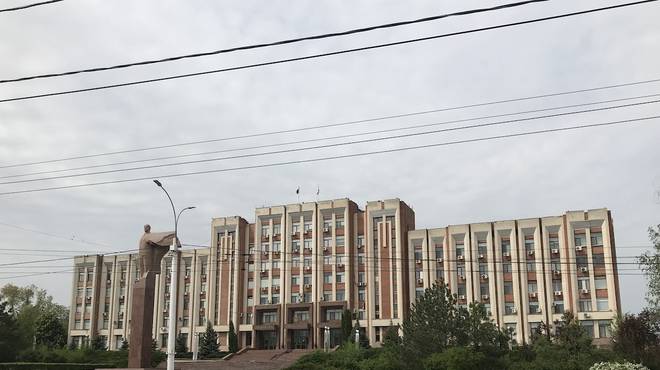 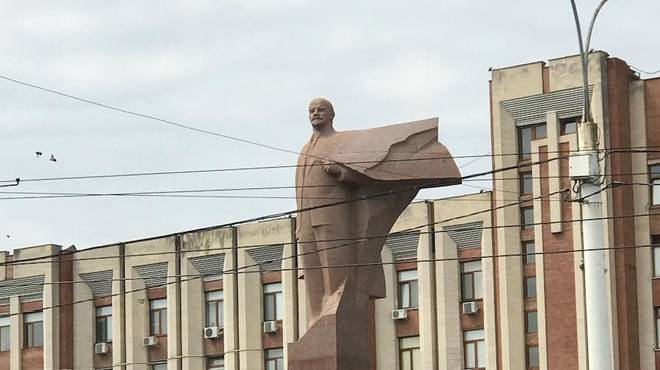 The Lenin Statue in front of the Parliament in Tiraspol © private 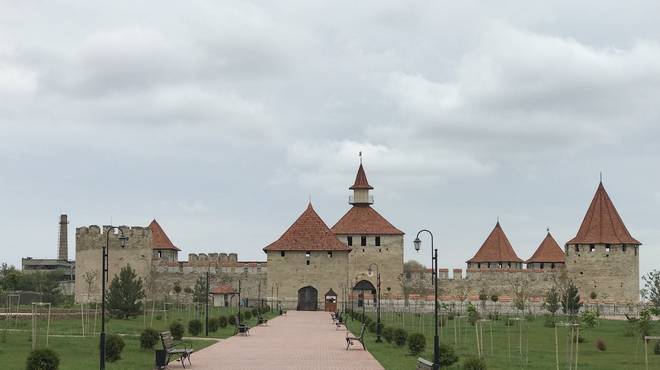 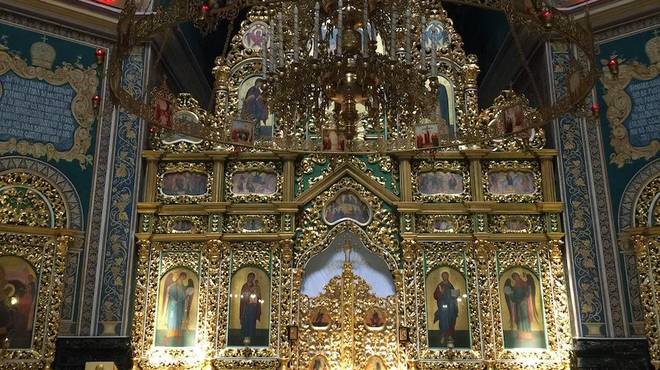 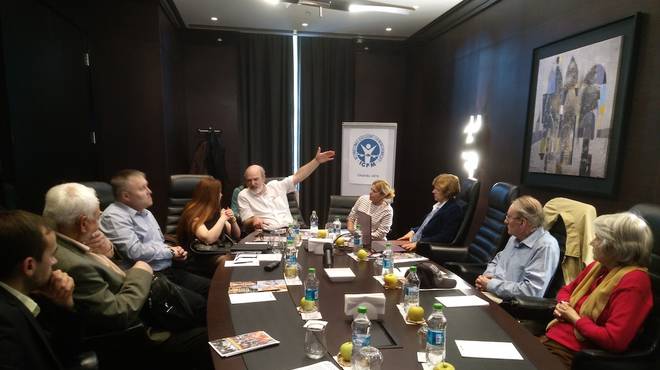 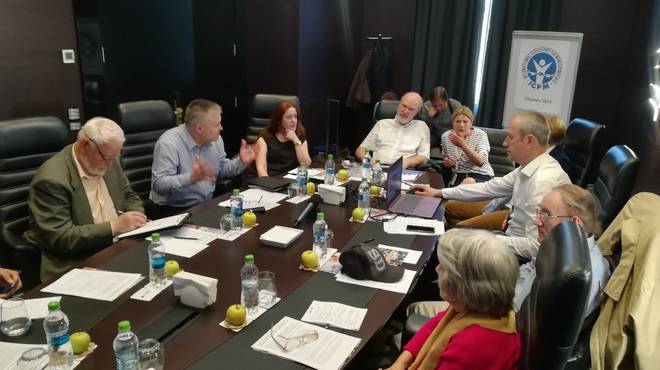