The CDU/CSU Evangelical Working Group: Human Rights in our World

The CDU/CSU Evangelical Working Group has published a talk held by the President of the International Council of the International Society for Human Rights, Thomas Schirrmacher. The talk, entitled “Human Rights in the One World,” was held at the State Synod of the Lutheran Church in Württemberg and has appeared in the CDU/ CSU Protestant Working Group’s Evangelische Verantwortung (Protestant Responsibility) magazine. 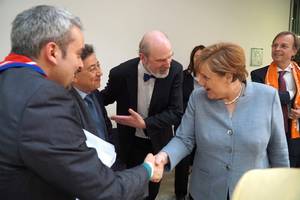 In the talk, Schirrmacher, a theologian and sociologist of religion, maintained that human rights not only stand prior to and above nations. They also stand over religions and religious institutions. Even religions, including those where it is easiest to agree to the concept of human rights, such as Christianity, have to allow themselves to be measured against how they deal with people and the degree to which they promote – or fail to promote – the inviolability of human indignity.

“‘Human rights have to be prior to all religions and worldviews. Otherwise, they are not in working order.’ Among religions, Christianity is the one which most easily accepts the secular character of human rights,” is how the Evangelical Press Service (Evangelische Pressedienst, or epd) summarized the talk.

Schirrmacher is also an official representative for religious freedom and persecuted Christians for the CDU/CSU Protestant Working Group. 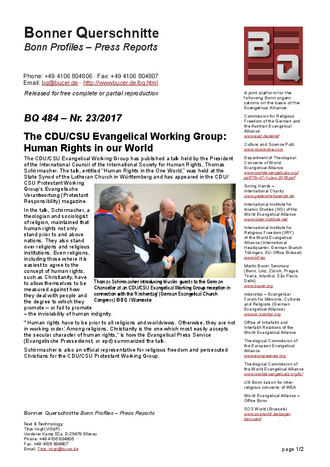 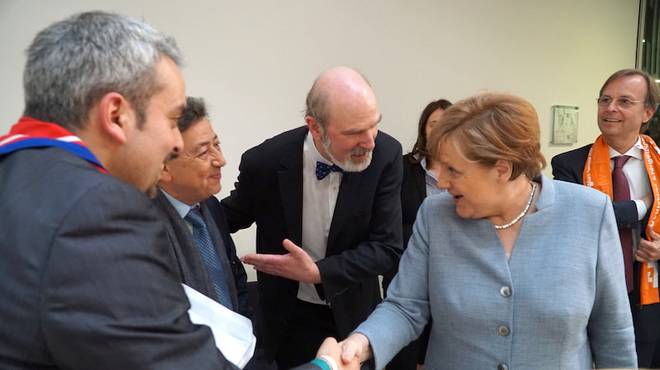 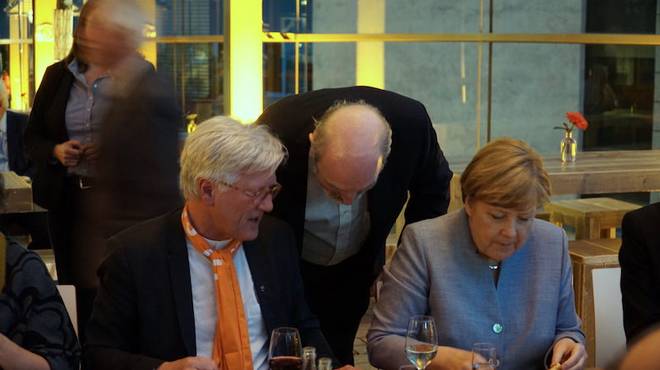 At the evening meal on the terrace of the Adenauer House after the ‘Kirchentag’ (German Evangelical Church Congress) reception put on by the CDU/CSU Evangelical Working Group (from the left): Heinrich Bedford-Strohm, Thomas Schirrmacher, Angela Merkel © BQ / Warnecke 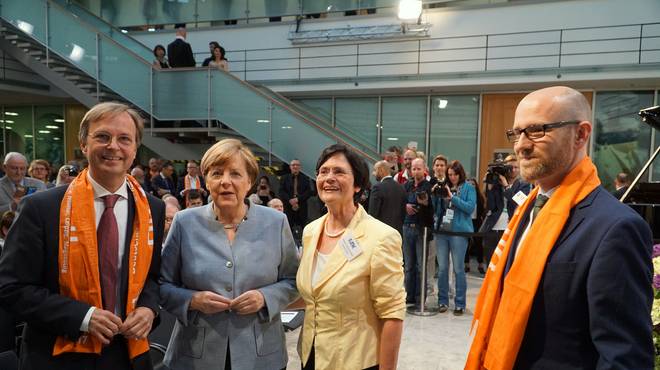