Faroe Islands: The smallest state church in the world

(Bonn, 17.04.2020) Christine and Thomas Schirrmacher have visited Lutheran churches on four of the five main islands of the Faroe Islands (Vagar, Streymoy, Fystoroy and Bordoy) at the end of last year. They attended the service of the Hósvíkar Church, visited a confirmation class in the Sandavadur Church and documented about half of the 58 churches on the island. 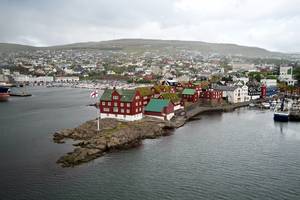 No point on the Faroe Islands is further than five kilometres from the sea. Tórshavn is the smallest capital in the world. Government and parliament still reside in the restored wooden buildings from the 16th and 17th centuries on the headland of Tinganes by the sea above the harbour, where the Thing has been meeting since 825. Together with the Things on Iceland and the Isle of Man, these are the oldest parliamentary meeting places on earth.

The 50,000 or so inhabitants of the island – the Faroese – do not consider themselves Danes, but an independent people, descended from the Vikings on the Faroe Islands. They speak the Faroese language, which originated from Old West Nordic and is related to Icelandic and Norwegian. The Faroe Islands have their own flag and have been a largely autonomous “nation within the imperial community of Denmark” since 1948. When Denmark became a member of the later European Union in 1973, the Faroe Islands decided against it. 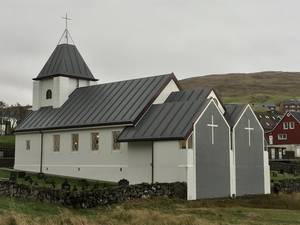 Until 2005, the Lutheran Church of the Faroe Islands was the diocese of the Danish Lutheran State Church with the Danish Queen as its head. Since 2007, this Lutheran Church has been replaced by the Lutheran Church of the Faroe Islands with the Prime Minister as its nominal head, represented by the Minister of Culture. Since than the Faroese People’s Church is the smallest state church in the world, accounting for 85 percent of the population. According to the status of a state church, pastors are civil servants. The theological and spiritual leader of the Faroese People’s Church has been Bishop Jógvan Fríðriksson since 2007.

The 58 communities on the islands each have their own church building. Since they are looked after by 25 pastors, lay services are common. One of the most characteristic periods of Faroese architecture is the construction of the Faroese wooden churches from 1829 to 1847. Religion has a higher status in the life of the Faroese than in most other western societies. Christianity is constantly present in all media.

The first settlers were probably Irish and Scottish monks. The first written evidence of a settlement – albeit temporary – was given by the Irish monk and chronicler Dicuil in 825. The archipelago gradually became a permanent settlement for the Scandinavian Norsemen. They created their own parliament with ‘Thingstätten’ on parts of the archipelago and a main Thing in Thorshavn. They followed the old Nordic religion. 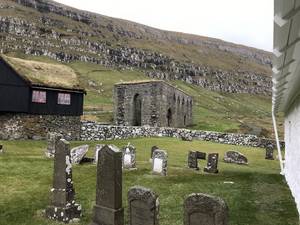 The centre of power, religion and culture in the Middle Ages was the bishop’s seat in Kirkjuboer, about five kilometres south-west of Tórshavn, with the small St. Olav’s Church from 1250 and the Vikings’ Court from the 11th century. It was not until the end of the 13th century that the construction of the much larger Magnus Cathedral was started there, and probably never completed.

In 1538 the Reformation reached the islands. This perpetuated the dominance of the Danish language. The Catholic diocese of the Faroe Islands was abolished, Kirkjuboer lost its significance. Church land became king country. The Danish king gained more and more influence. From 1709, the archipelago, which is more than 1,000 kilometres away from Denmark, was even ruled directly from Copenhagen. The clergy were Danish, the national and church language until 1939 was Danish.

Only in 1948 the islands got a partial autonomy with own government, administration and flag. The first translation of the Bible into Faroese was not completed until 1961. Today there are Baptists, Pentecostals, some Catholics as well as Jehovah’s Witnesses and Bahai on the island due to the influx of people from all continents. 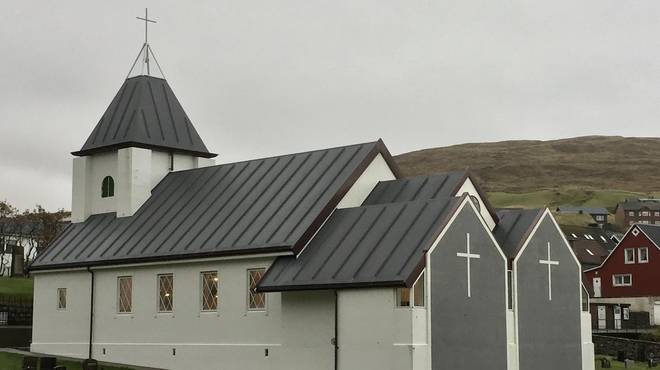 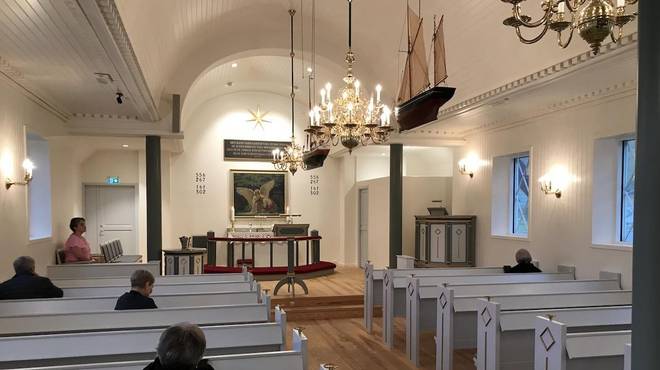 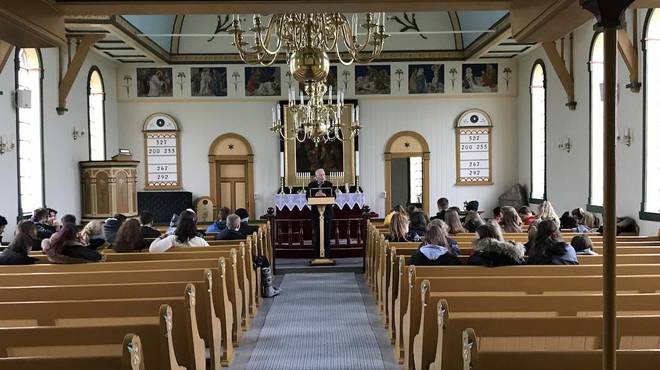 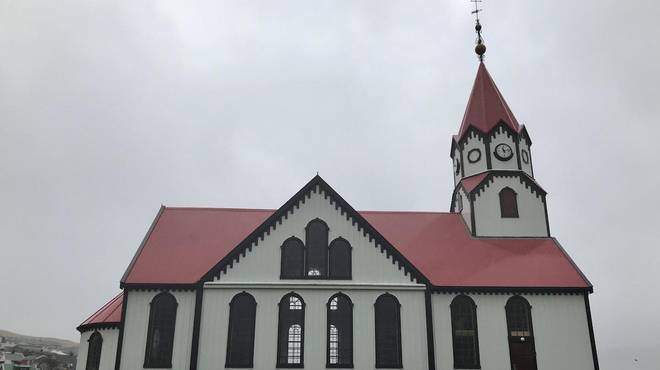 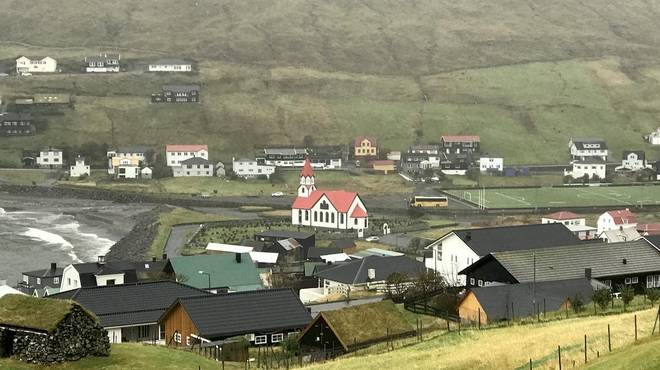 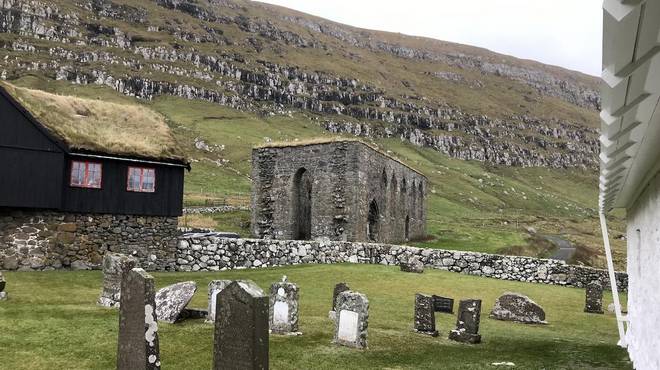 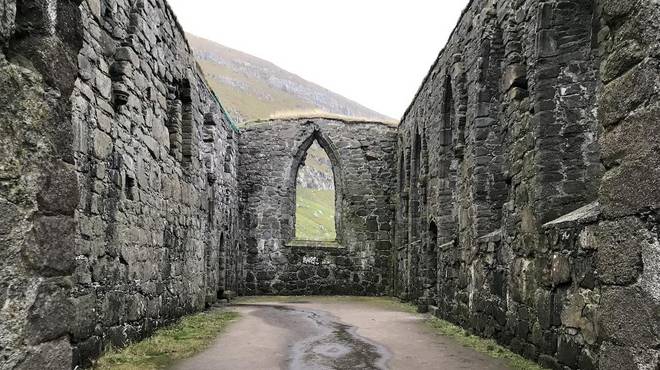 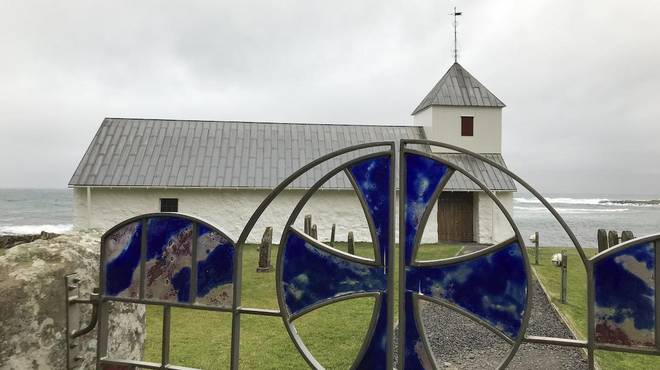 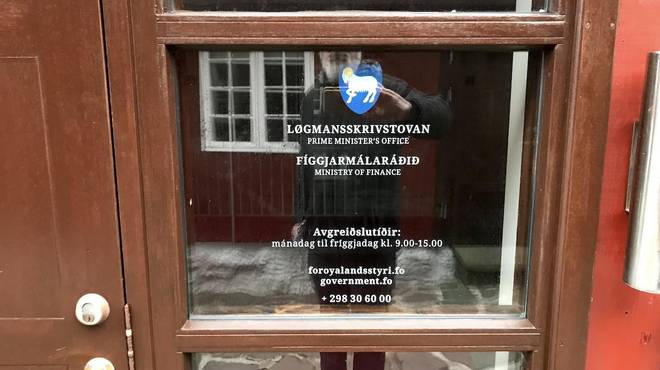 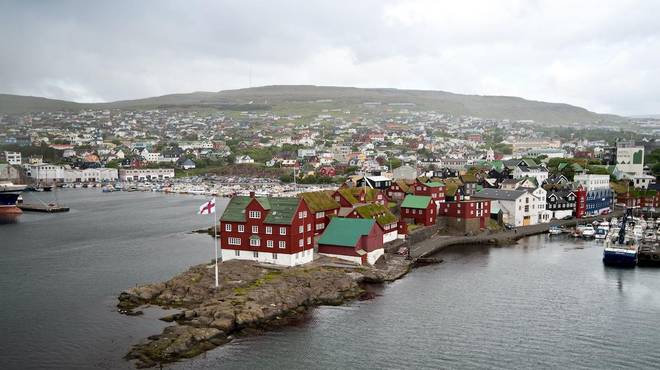 Tinganes, the headland with the government quarter at the place of the Thing since the year 825 © Stig Nygaard CC BY 2.0 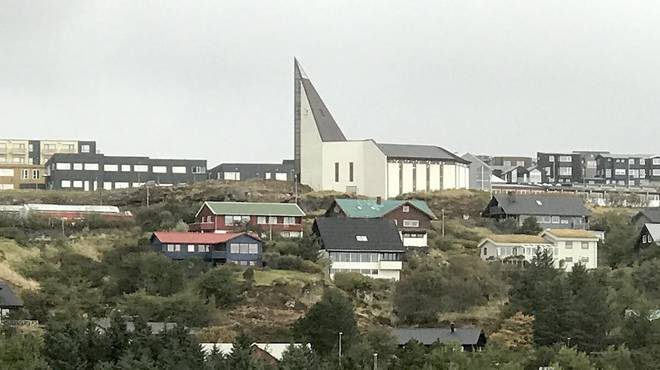 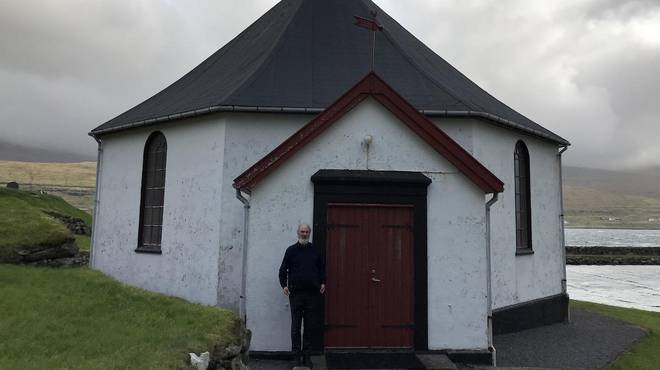 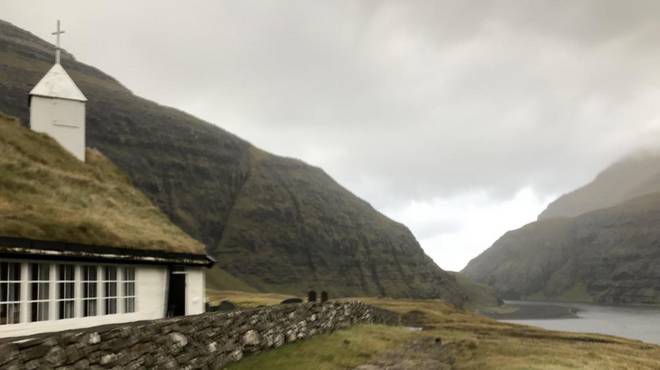 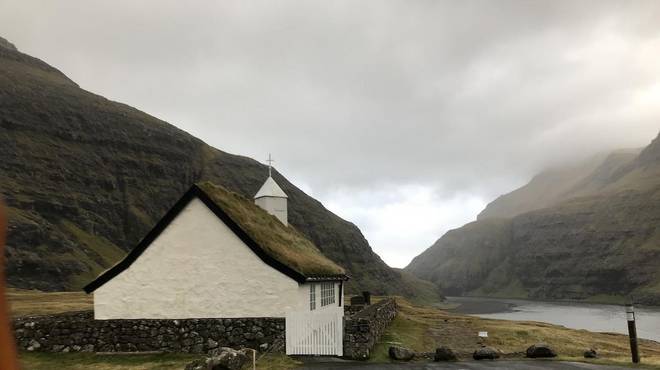 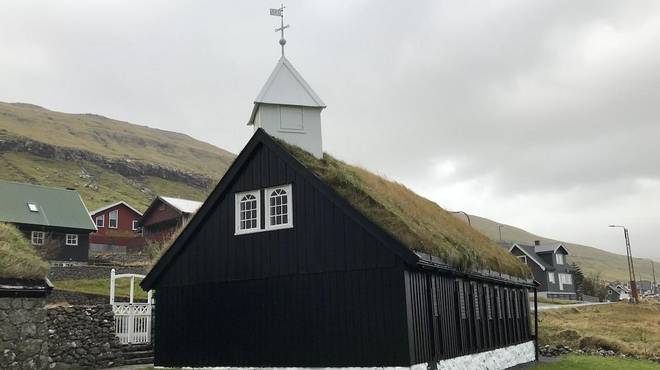 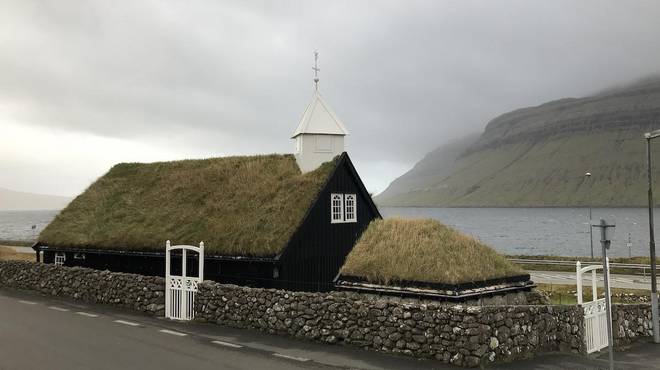 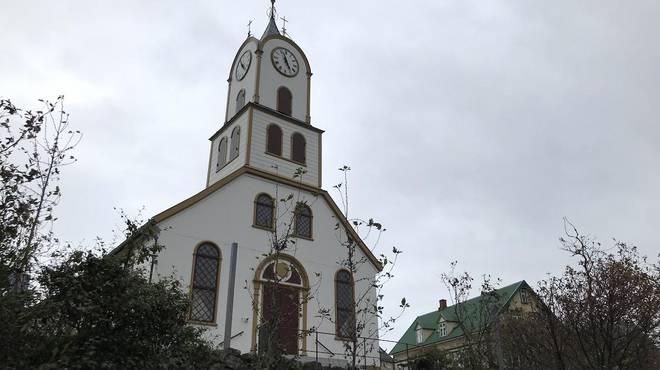 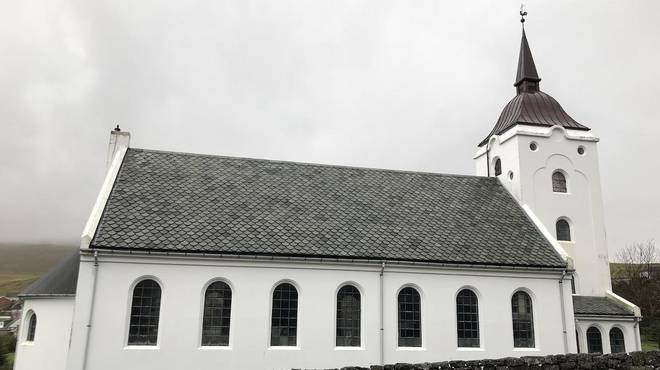 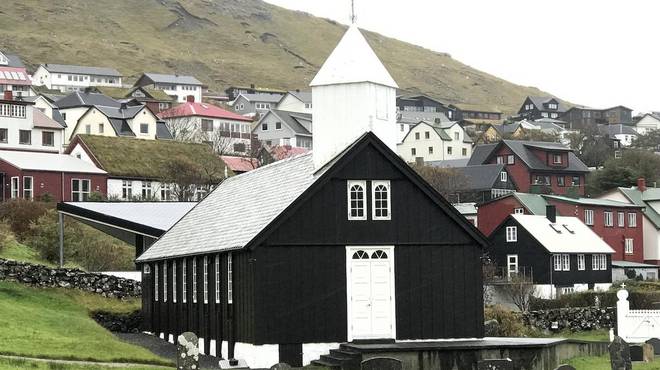 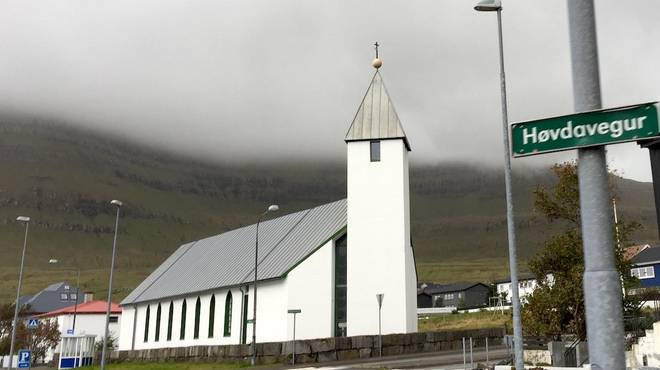 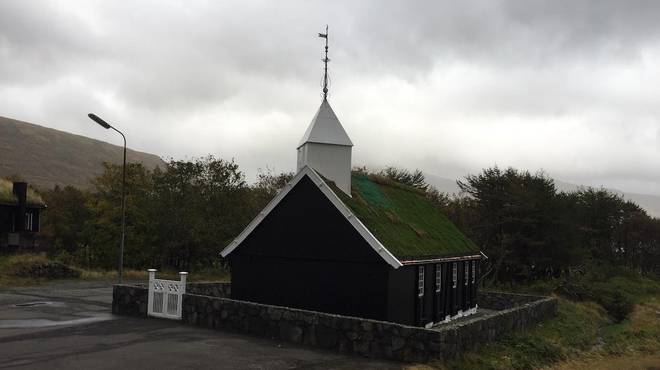