80th Anniversary of the Wannsee Conference

The Contemporary Church and Antisemitism Today

(Bonn, 31.05.2022) Even though the holocaust had started already, on January 20, 1942 a group of very high ranking bureaucrats of a section through all governing bodies of Germany planed, how to finish off the extinction of the rest of the once 11 million Jews in Europe. As they met in a Nazi villa on the Wannsee in Berlin, the “Wannsee Conference” has become an equivalent to “holocaust” and is a very visible proof, that killing all the Jewish in Europe was planed with German efficiency, as a copy of the long original protocol serviced the Third Reich. 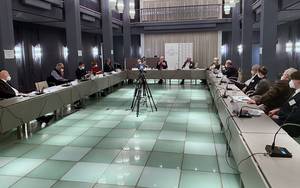 A conference by State actors like the EU Commission and the German federal government together with Christians and Jews remembering the Wannsee conference in the villa itself and at the seat of the Protestant Church in Germany in Berlin, brought together major actors combating antisemitism. The whole conference of seven hours is available on Youtube.

Beside the Secretary General of World Evangelical Alliance, Dr. Thomas Schirrmacher, who was accompanied by Dr. Arto Hämäläinen from Finland, Chair of the Pentecostal Religious Liberties Commission, were Archbishop Welby from Canterbury, Rabbi Pinchas Goldschmidt, Chief Rabbi of Moscow and President of the Conference of European Rabbis, MP Katrin Göring-Eckhardt, Vice President of the German Bundestag; Katharina von Schnurbein, EU Commission Coordinator on combating antisemitism and fostering Jewish life and Dr. Felix Klein, The Federal Government Commissioner for Jewish life in Germany and the Fight against Antisemitism (see full list below).

The event led to a declaration read allowed in the Villa of the Wannsee Conference “Fight Antisemitism, Protect Jewish Life”.

14.00 “What is antisemitism? Can it be defined and can it be defeated?”

16.00 “What can we do different in 2022?” Presentation of “Churches Against Antisemitism”.

19.00 Special ceremony of the 80th anniversary of the Wannsee Conference in the Französischer Dom in Berlin. Classical music by the Diplomatic String Quartet Berlin featuring music composed in concentration camps. 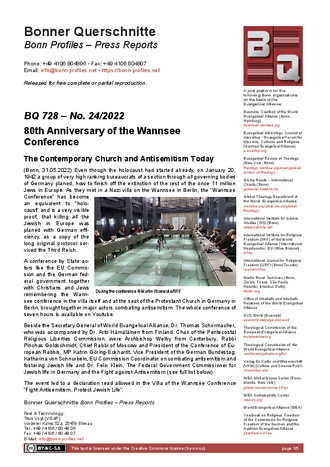 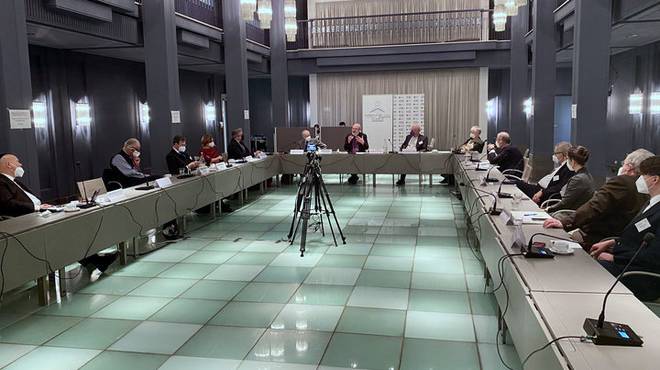 During the conference © Martin Warnecke/IIRF 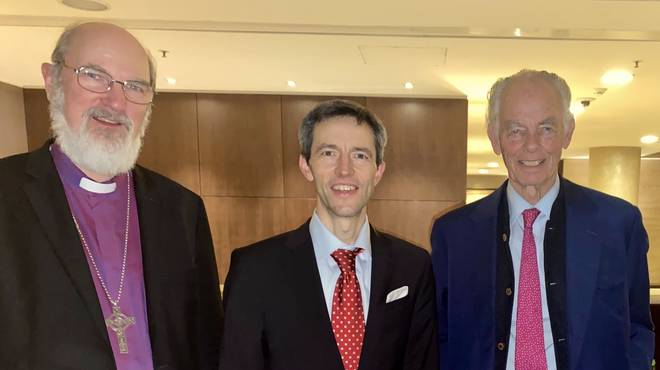 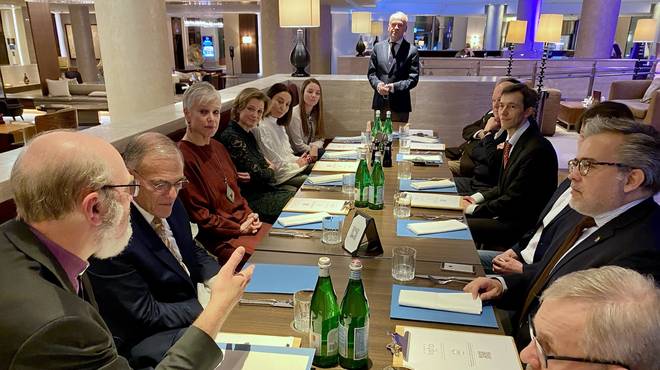 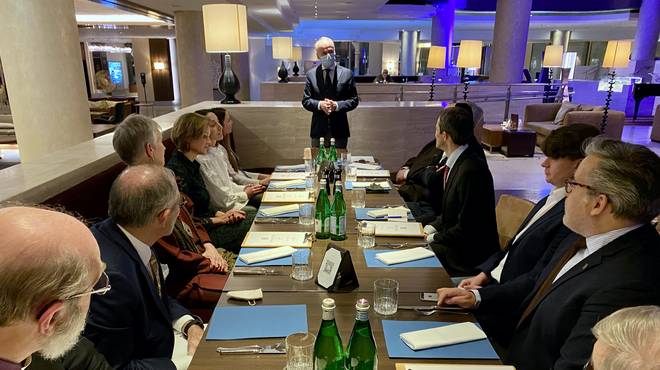 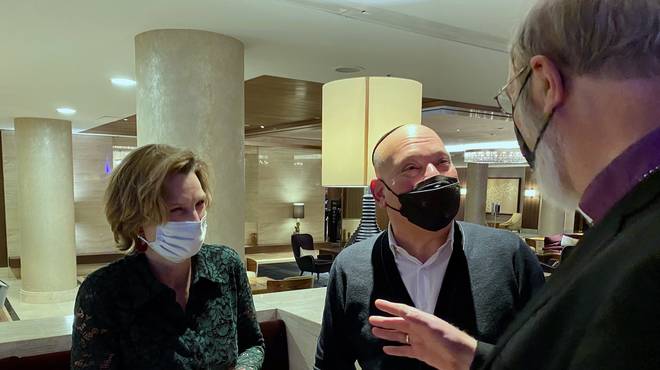 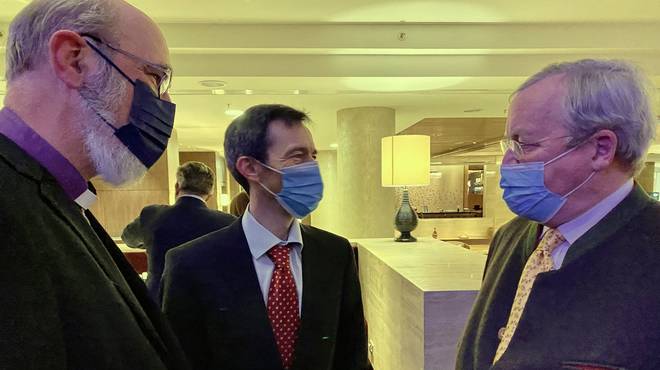 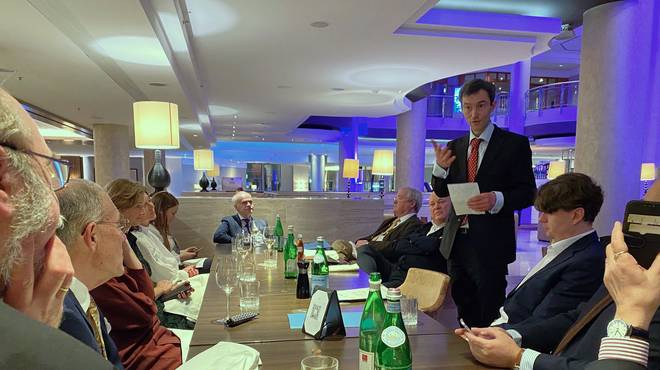 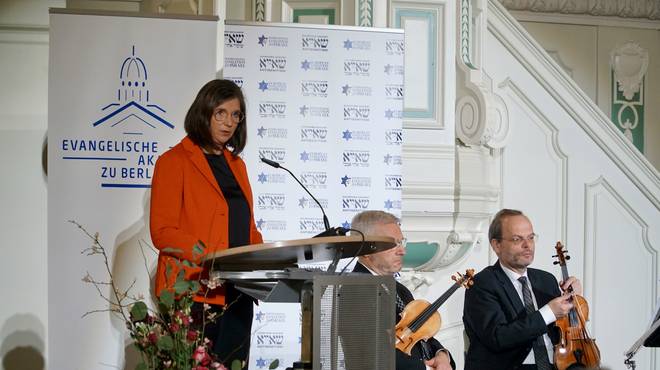 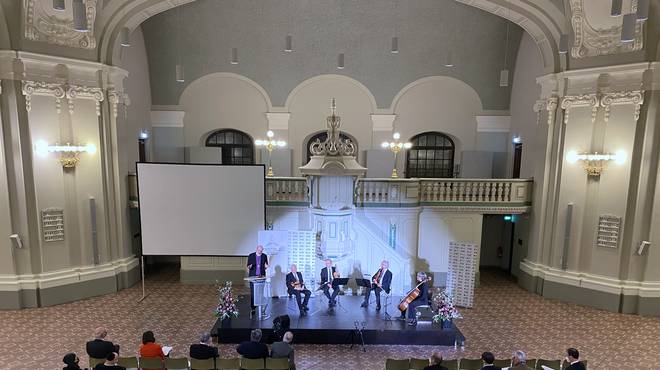 At the Holocaust Remembrance Ceremony in the French Dome in Berlin with MP Katrin Göring-Eckhardt, Vice President of the German Bundestag © WEA/Martin Warnecke 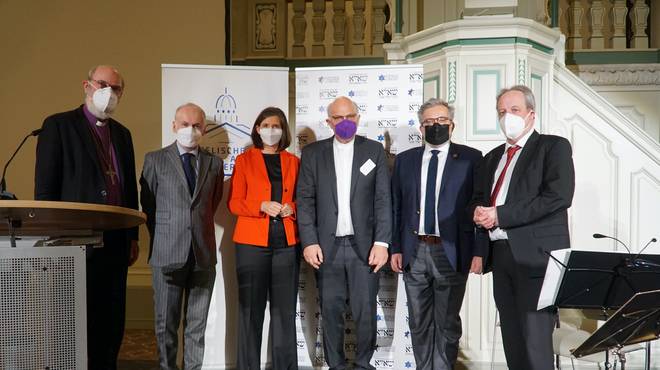 Schirrmacher at the Holocaust Remembrance Ceremony in the French Dome in Berlin, first row in red the main speaker, MP Katrin Göring-Eckhardt, Vice President of the German Bundestag © WEA/Martin Warnecke