Meeting with Evangelical Alliance of Cambodia

(Bonn, 15.08.2019) Thomas and Christine Schirrmacher obtained information in Cambodia about the most important memorials to the massive human rights violations of the Khmer Rouge. 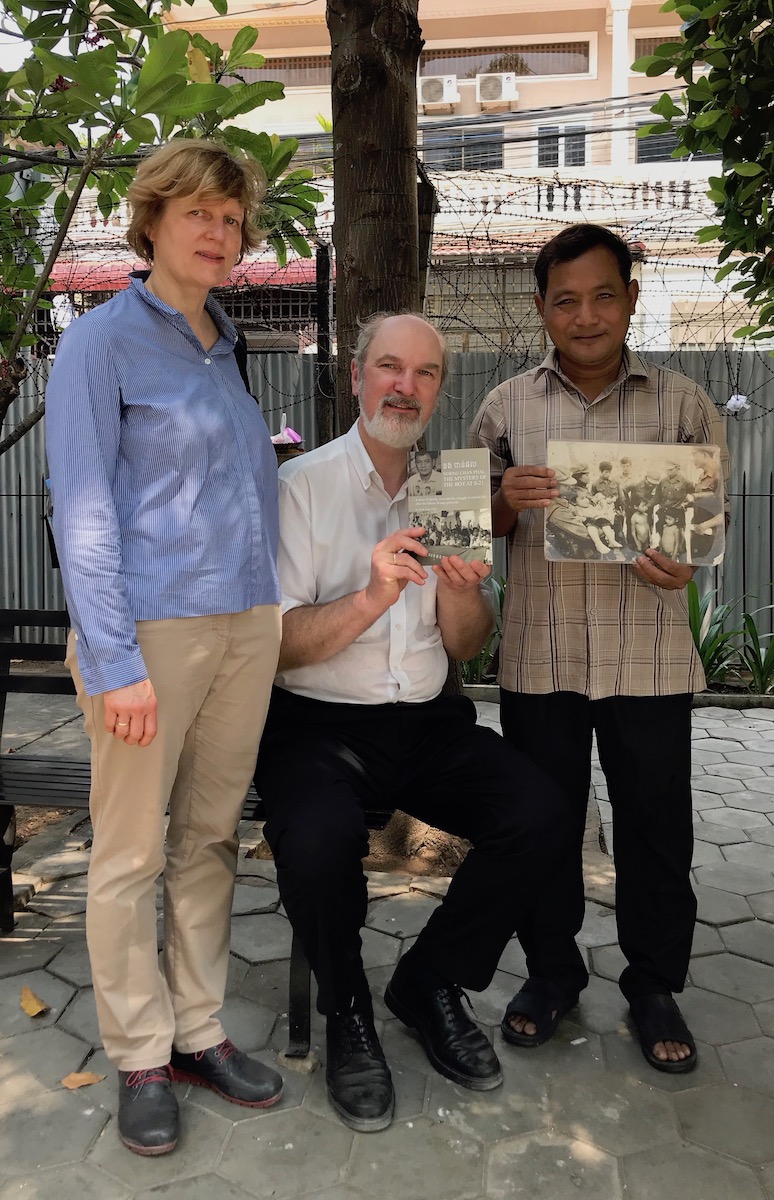 On April 17th, 1975, the child soldiers of the communists, called Khmer Rouge, won the Cambodian civil war under their leader Pol Pot (âBrother Number Oneâ). On January 6th, 1979, the vanquishers in turn were defeated by the Vietnamese communist troops, even though the Khmer Rouge still waged a guerrilla war from the jungle until Pol Pot resigned as party leader in 1995 and died in 1998.

In less than four years almost all the cultural assets of the country, temples, mosques and churches, palaces and villas, museums, art treasures, and the National Archives, were rudely burned down, demolished or otherwise destroyed. Only the famous temple of Angkor Wat survived in the jungle far from the capital.

The approximately two million inhabitants of Phnom Penh, the âParis of the East,â were expelled from the city after the capture within one day and had to work in agriculture, no matter what their profession was. In the course the expulsion alone, 20,000 people died.

Eventually, every fourth of the eight million Cambodians were killed in the countryâs so-called âKilling Fields,â 1.67 million of the approximately two million dead are documented by name. In percentage terms this is higher than the blood toll of Hitler, Stalin, or Mao. In January 1977, the majority of party officials, especially the educated among them, were themselves victims of the blood rush. 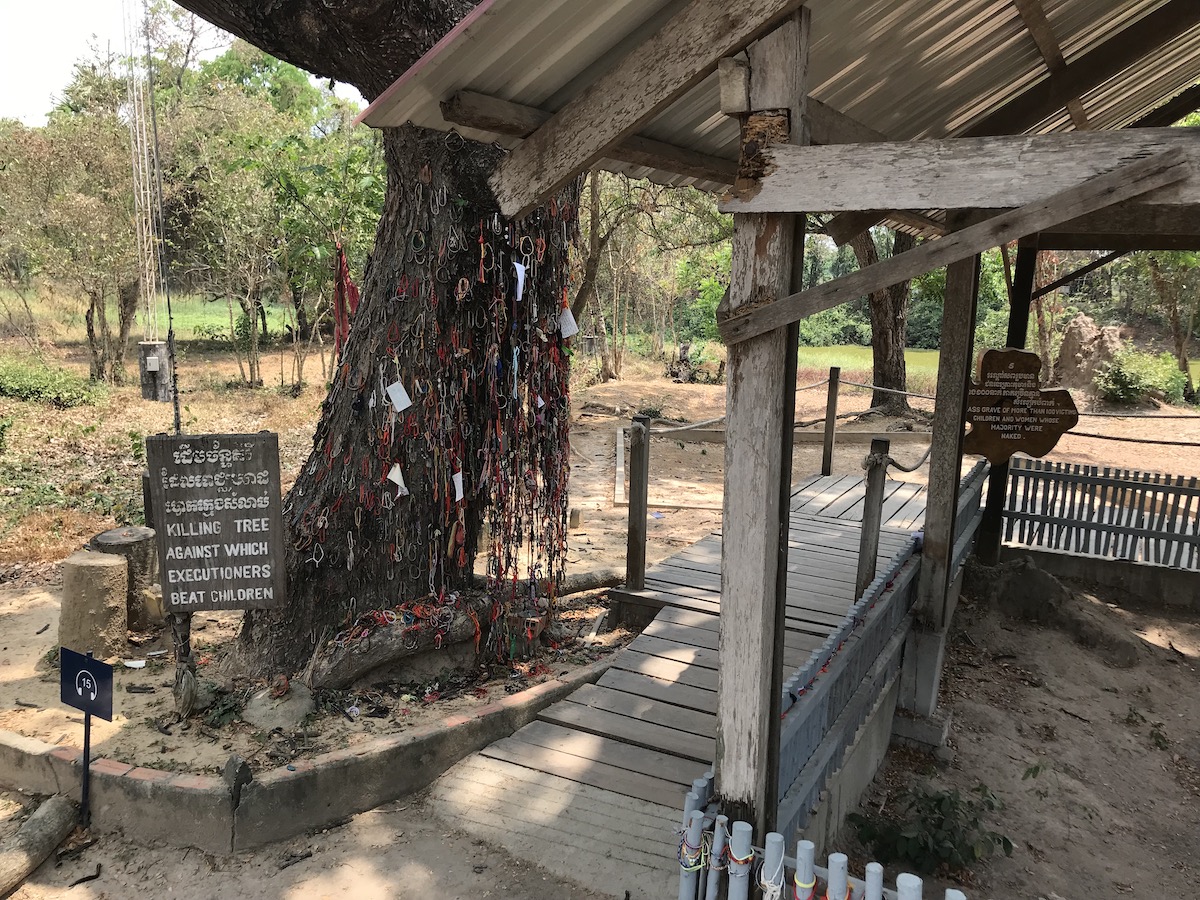 Particularly notorious was the torture centre for important persons in Phnom Phen in the former school âTuol Sleng,â code name S-21, although we know today that there were about 200 torture centres in the country with 10,000 to 60,000 deaths each. S-21 is a memorial today. If the victims did not already die during the torture, they were abducted to 300 different so-called Killing Fields. In order to save resources, most were beaten to death with axes, shovels, and sticks and then buried in mass graves. Infants were grabbed by their feet and their heads were hurled against one particular tree (see photo).

The best-known and most accessible Killing Field in the country, Choeung Ek, is, alongside S-21, now the countryâs most important memorial site. To date, 17,000 skulls have been recovered and displayed in a memorial stupa behind glass, along with other bones and clothing. This stupa, however, is not used for religious purposes; Buddhists were given their own stupa nearby. 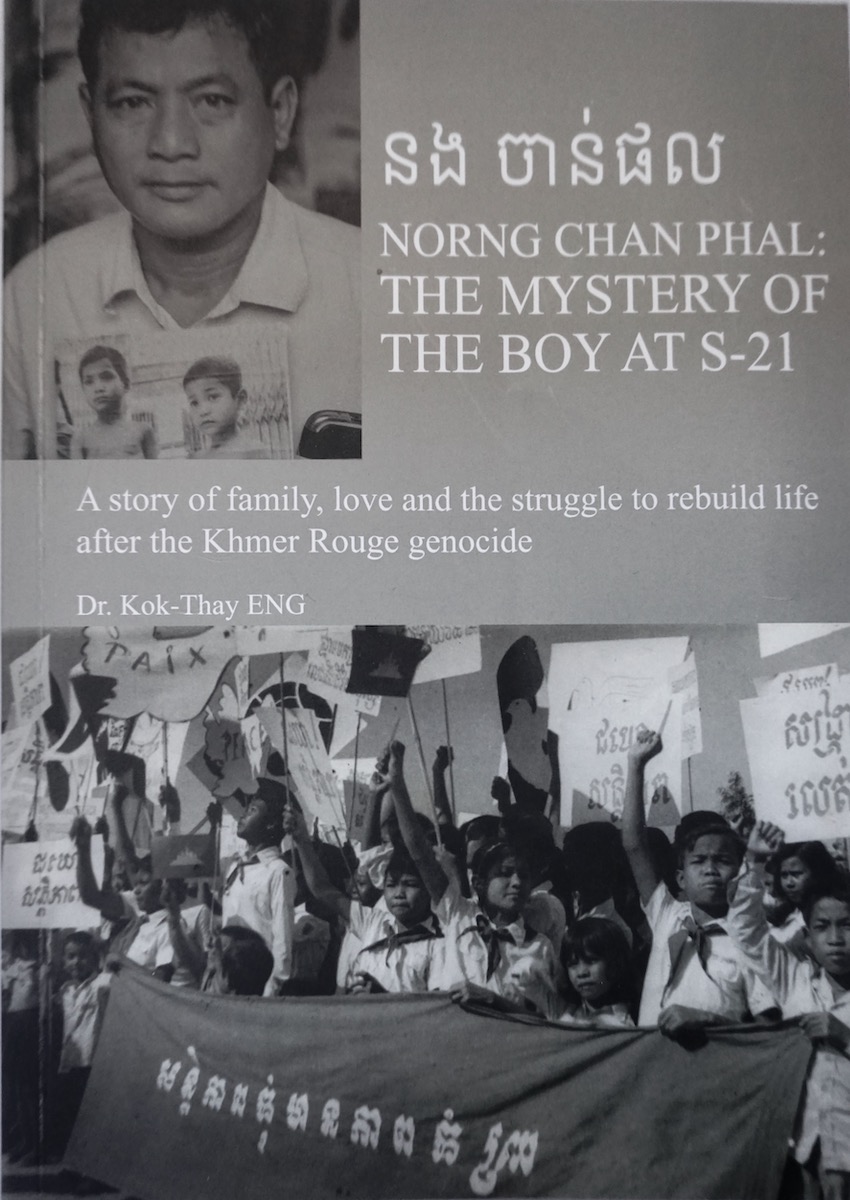 In S-21 there are still two survivors who have both published their life stories with the help of scholarly authors and who met with Thomas and Christine Schirrmacher:

Bou Meng, born 1941, survived the camp as an adult, and Norng Chan Phal, who was eight or nine years old when he was imprisoned together with his mother and his younger brother in S-21. When the prison was evacuated in 1979, he hid his little brother and both were found together with two other surviving children by Vietnamese soldiers and taken with them. They then lived among the soldiers for a lengthy period of time. Later he became one of the most important witnesses in the trials against the leaders of the Khmer Rouge. Norng Chan Phal dedicated a copy of his book to Thomas Schirrmacher on behalf of the ISHR.

Documentation: Self presentation of the website of the Evangelical Alliance of Cambodia

âEvangelical Fellowship of Cambodia (EFC) has played an important role in facilitating the work of the Christian community in proclaiming the gospel of Jesus Christ in Cambodia, promoting unity of the Church, and building capacity of its Christian leaders and community. EFC, since in inception in January 14th, 1996 as a local indigenous umbrella religious organization, has made some positive changes toward the rebuilding of Cambodia. EFC is a national Church movement, which is recognized by the government as one of the biggest umbrella organizations, which has churches, organizations and missions as members. The national church remains one of the potentially effective mechanisms to overcome the problems faced by this society. The church can be a spiritual dynamo where long term sustainable transformation of lives can take place.â 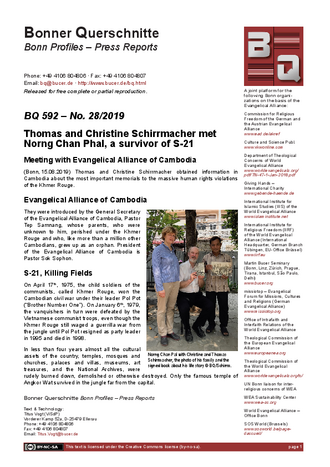 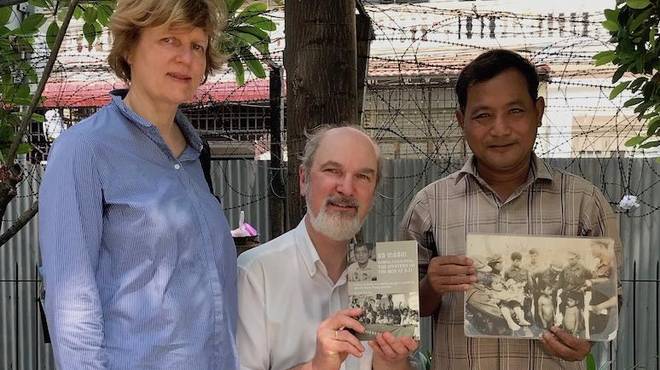 Norng Chan Pal with Christine and Thomas Schirrmacher, the photo of his family and the signed book about his life story © BQ/Schirrmacher 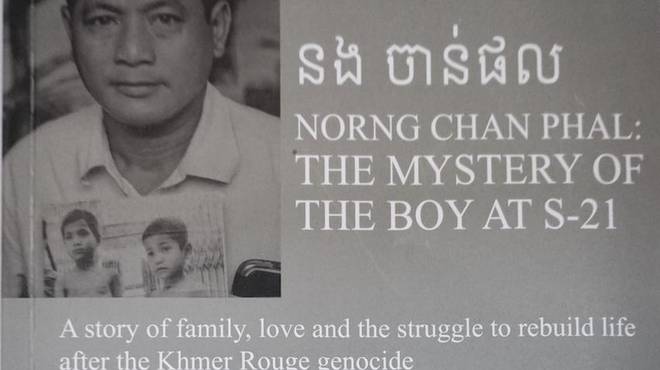 Cover of the book by Norng Chan Phal 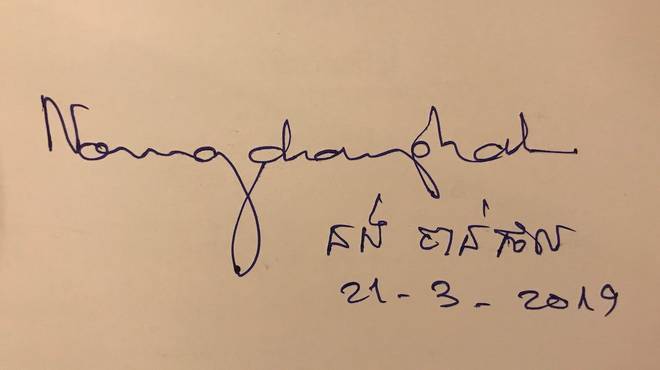 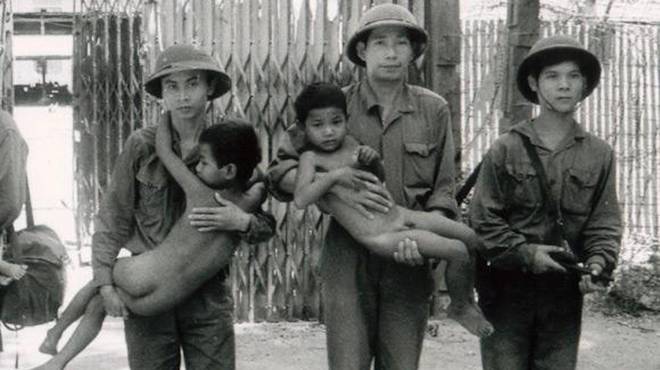 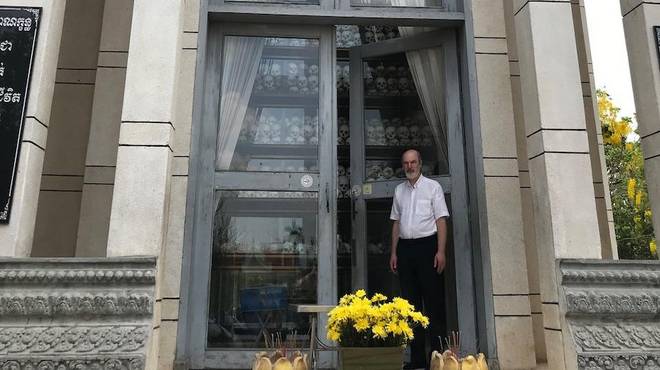 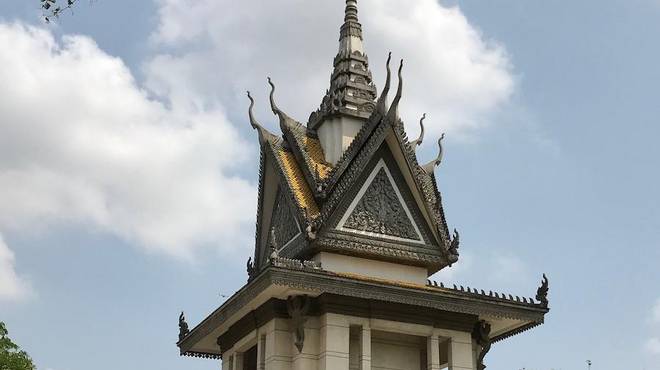 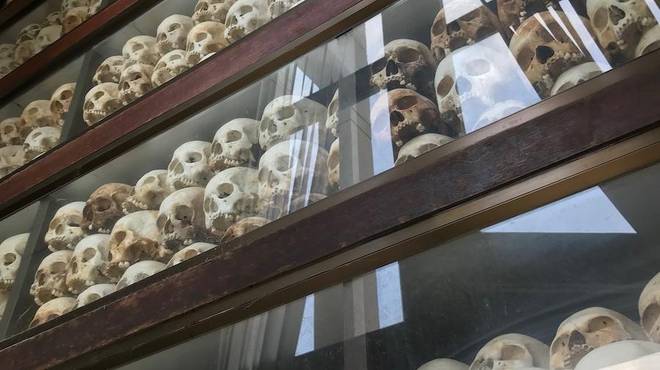 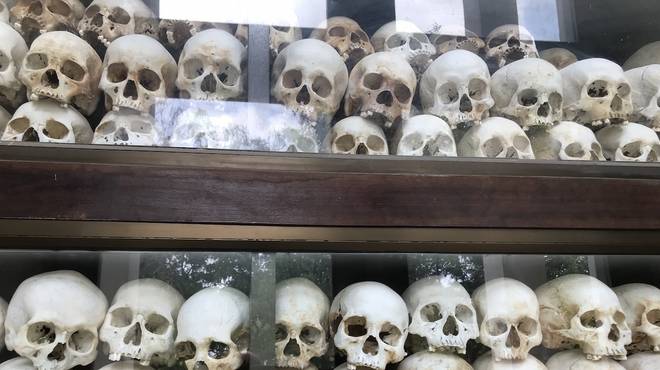 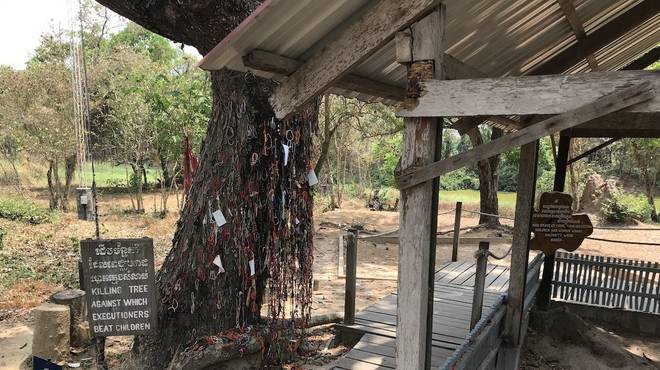 The tree in Choeung Ek, where the skulls of the children were smashed © BQ/Schirrmacher 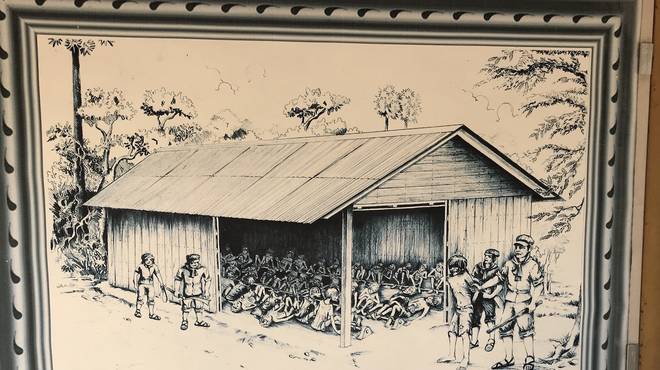 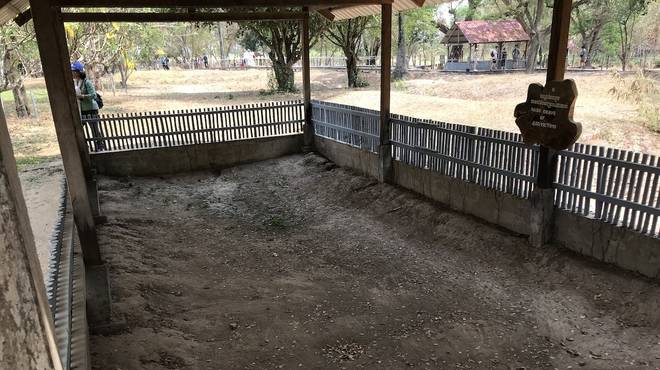 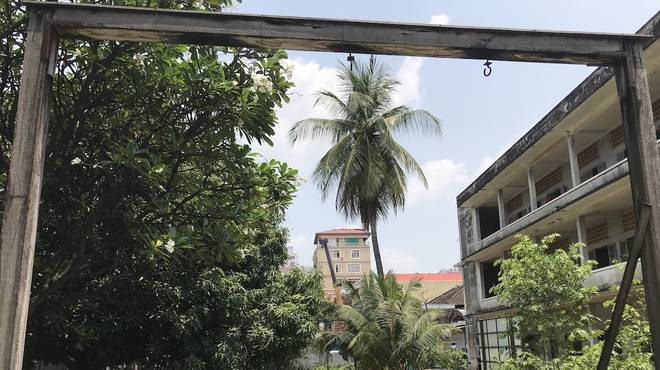 The courtyard of S-21 © BQ/Schirrmacher 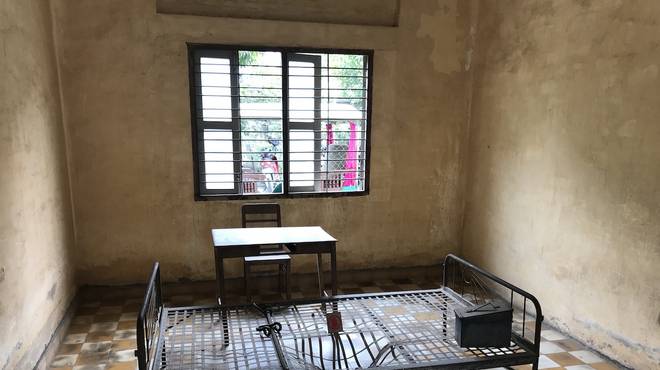 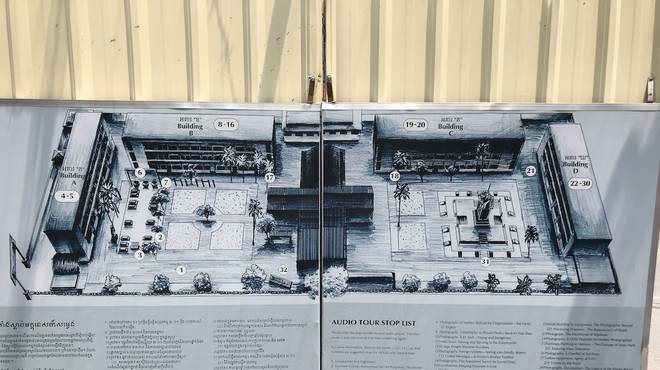 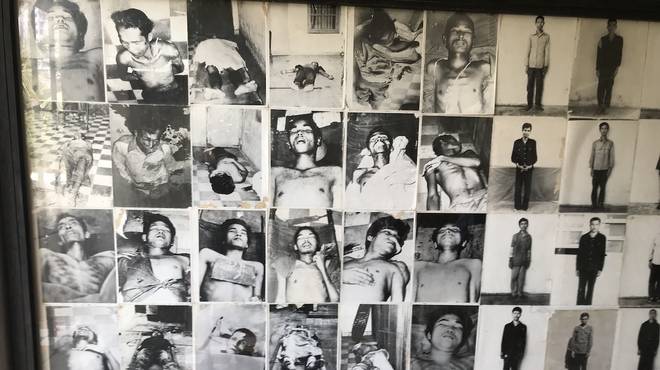 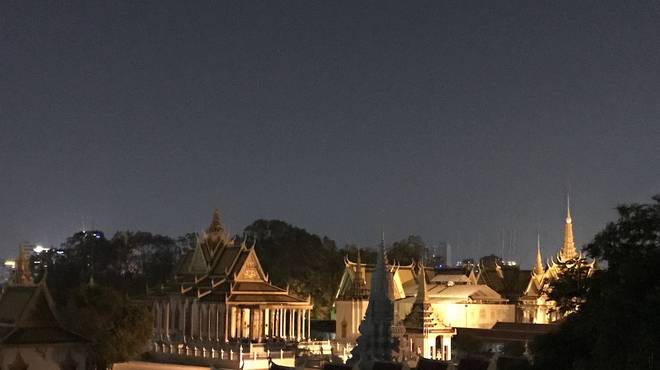 The royal palace at night © BQ/Schirrmacher 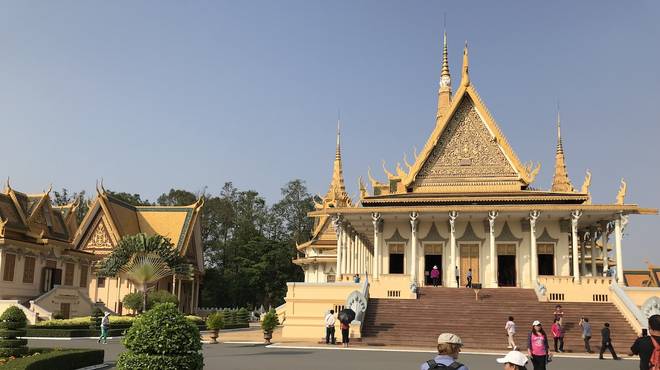 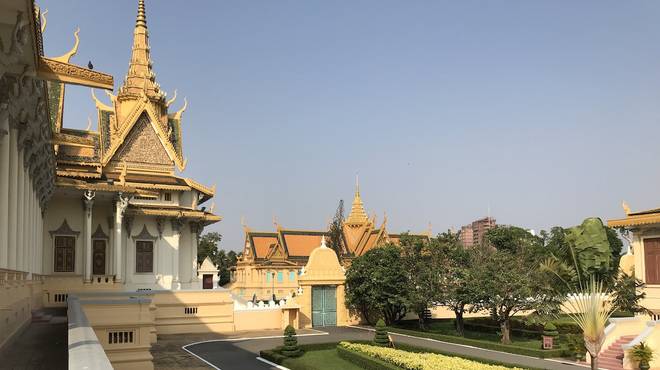