Appointment as Honorary Bishop of the Pentecostals

(Bonn, 23.08.2019) Subsequent to his speeches at the 32nd General Assembly of the Liberia Council of Churches, Thomas Schirrmacher, Associate Secretary General of the World Evangelical Alliance for Theological Concerns, spoke with the leaders of almost all churches in the country and with several politicians. He also visited the oldest church in Liberia, the Providence Baptist Church, built in 1835, which was severely damaged and threatened with decay by shelling during the civil war. 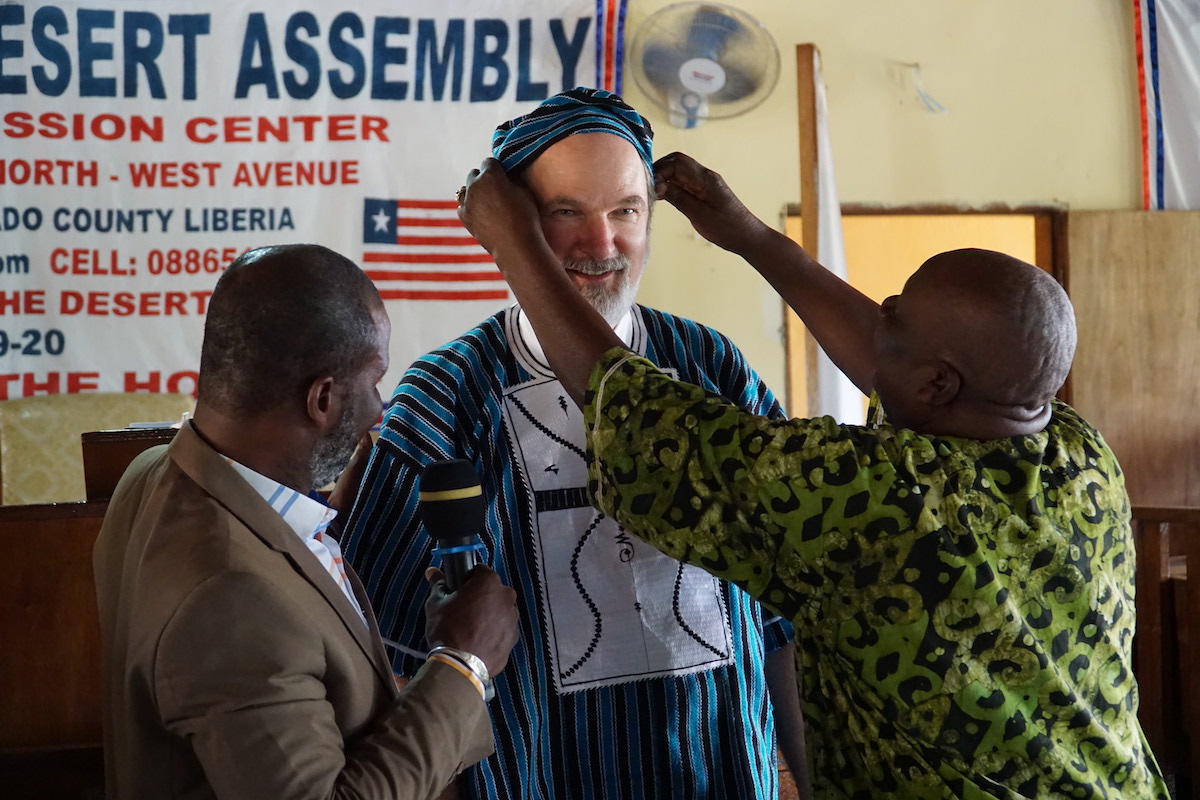 In 1839 Liberiaâs independence was declared in this church, where the two chambers of parliament initially met. Since 1975 the church has been a ânational shrineâ, but Liberia has not yet provided assistance for renovation costs for the destruction during the 1989 civil war.

The Providence Baptist Church was founded by Lott Cary, a slave of a Methodist pastor in Virgina until 1813. In 1821 he came to Liberia as a liberated slave from the USA, founded the Providence Baptist Church, built the preceding building of todayâs church in 1825, helped to develop the colony into an independent state, and became eventually Prime Minister, but died shortly afterwards in 1828.

The following Sunday, Schirrmacher preached in the main church of the Apostolic Pentecostal Church International in Brewerwille in Montserrado County, the administrative district of Liberia which the capital belongs to. In a solemn ceremony he was appointed Honorary Bishop with the new name âBishop Sengbehâ. âSegbehâ means âstrongâ in the Mende language. This included a traditional costume of the region. 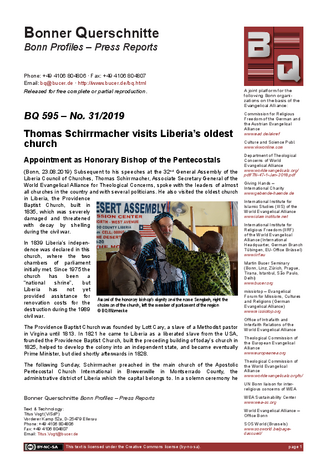 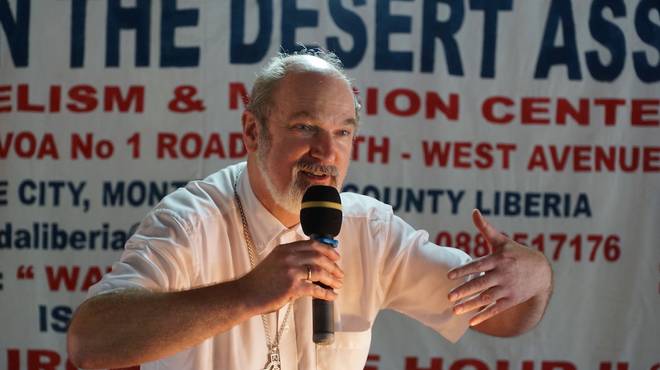 Sermon in the Pentecostal Church © BQ/Warnecke 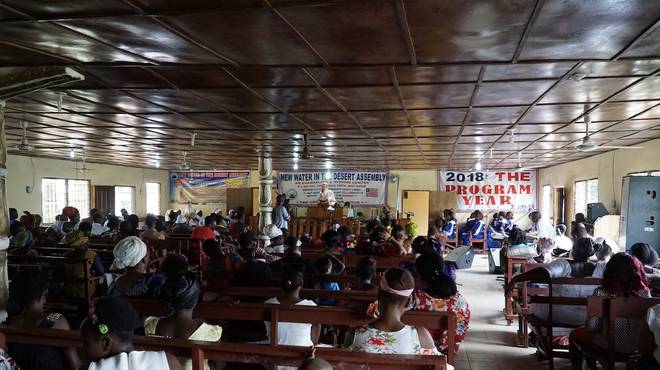 Sermon in the Pentecostal church (church from behind) © BQ/Warnecke

Award of the honorary bishop’s dignity and the name Sengbeh, right the chairman of the church, left the member of parliament of the region © BQ/Warnecke 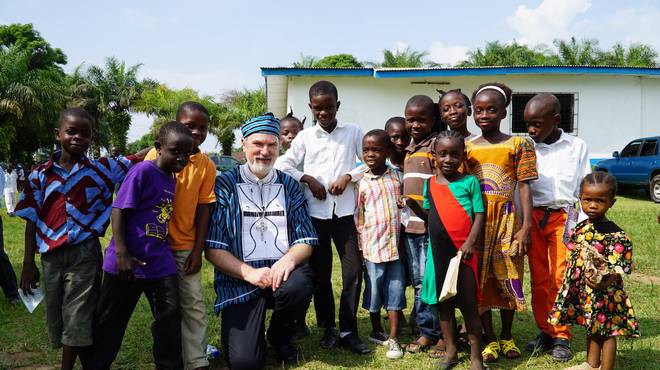 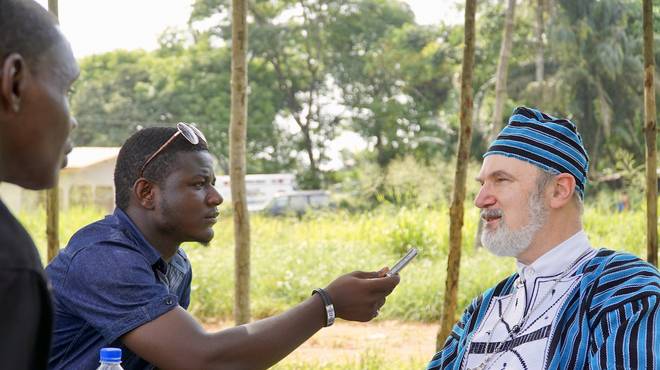 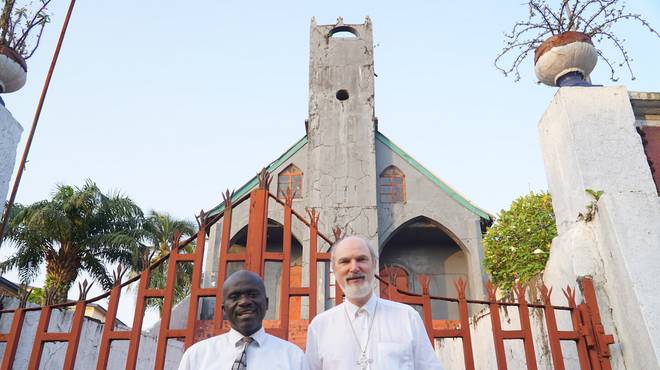 The chairman of the Liberia Council of Churches, Bishop Kortu K. Brown, and Thomas Schirrmacher in front of the oldest church in Liberia, the Providence Baptist Church, founded in 1821 © BQ/Warnecke 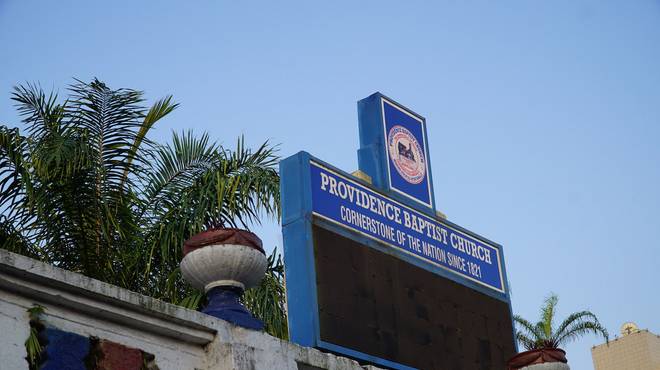 Shield of the oldest church of Liberia, the Providence Baptist Church, founded in 1821 © BQ/Warnecke 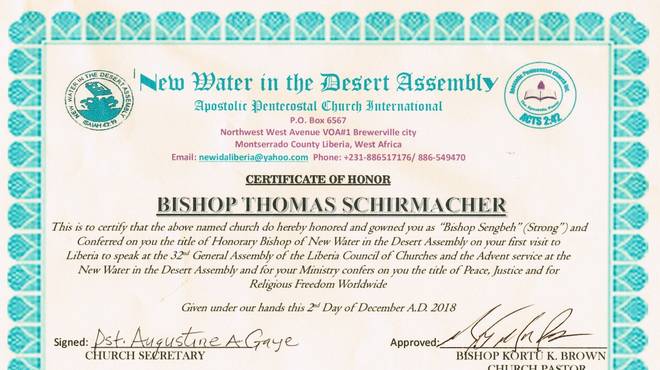