A new edition of the Rebmann Biography has been published

(Bonn, 24.09.2018) This new edition, revised and enlarged, entitled ‘Johannes Rebmann: A Servant of God in Africa before the Rise of Western Colonialism’ has been published by Culture and Science Publ. (VKW) in Bonn. The book has been co-published by Wipf & Stock in the USA. In addition to this biography in English, VKW has published a translation in German. 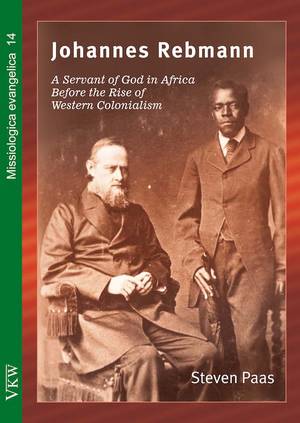 Johannes Rebmann was a mid 19th-century German missionary who worked for the English Church Missionary Society (CMS) and was instrumental in starting the Church in the Mombasa region, East Africa. He compiled proto-lexicons in the Kinika and Kiswahili languages. Together with a Malawian (ex-)slave, Salimini, he made the first-ever lexicon in Chichewa, a very important language in south-central Africa.

Rebmann also played an important role in the history of dictionaries of Chichewa or Chinyanja. His collection of Chichewa-English vocabulary in the 1850s, was printed in 1877 as the Dictionary of the Kiniassa Language. He shares his place in history with Salimini, a Malawian slave who served him as informant. Rebmann and Salimini belong to the earliest fathers of Chichewa Lexicography. Apart from the linguistic aspect of Rebmann’s work, his spiritual characteristics are impressive. As a missionary in the Mombasa area from 1844 to 1875, he was instrumental in founding the Church in East Africa and in preparing mission to Central Africa, including Malawi.

The study is meant as a scholarly presentation of facts and aspects of Rebmann’s life and work. As such it is a monograph and a biography. It does not only tap the German literary sources, but also the more numerous Rebmann documents in English. So the Rebmann Biography will throw more light on the missionary, his spiritual and linguistic work, and his place in the pattern of 19th-century relationships between Europe and Africa.

Chapter 1 is an introduction, surveying available literature. Chapter 2 pictures the setting of German Pietism that fed Rebmann. The chapters 3 to 8 describe the course of his life. The chapters 9 and 10 deal with his work as a linguist, particularly as a lexicographer. Chapter 11 reviews the various aspects of his work as a missionary. Chapter 12 is an evaluation of the impact Rebmann had on developments after him. The two Appendices to the book are especially related to the chapters 9 and 10, about Rebmann’s linguistic significance. 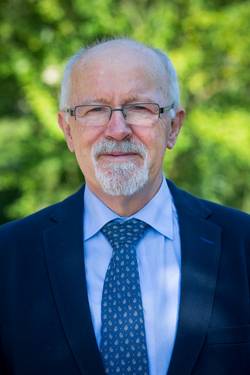 Steven Paas (1942) is a theologian and a linguist. He worked in successively the Netherlands and Malawi. In his early years he served as a commissioned officer in the Dutch army. Subsequently, he was a journalist and a secondary school teacher. Finally, he served as a seminary lecturer of church history and a minister of the Church of Central Africa Presbyterian. In 1965 he graduated at the Royal Military Academy in Breda and then at the Russian language department of the School for Military Intelligence in Harderwijk. He qualified for the teaching of English and Religious Education through various teacher training colleges. Paas graduated from the University of Amsterdam (MTh) and in 1996 from the Theological University of Apeldoorn (PhD in Theology). He mainly published in the fields of: (1) Western and African church history, (2) the phenomenon of Israelism or Christian Zionism in comparison to the christocentric interpretation of Israel prophecies in God’s plan of fulfilment and salvation, and (3) the lexicography of Chichewa, a widely spread language in South-Central Africa. 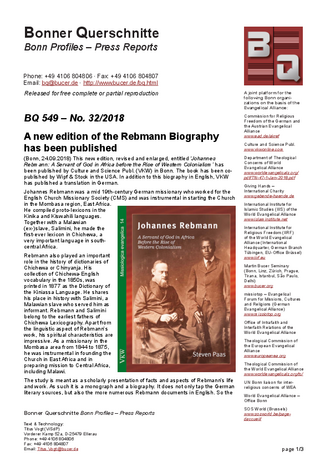