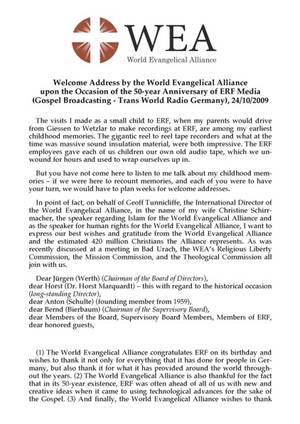 “ERF Media,” according to the words of the welcome address, “in spite of its high degree of dependence on hearers from all camps, has in this point made a great achievement over its 50 years. It has played a significant role in bringing about a situation where German Christians stand together with more variety, breadth, and strength than in 1959!” 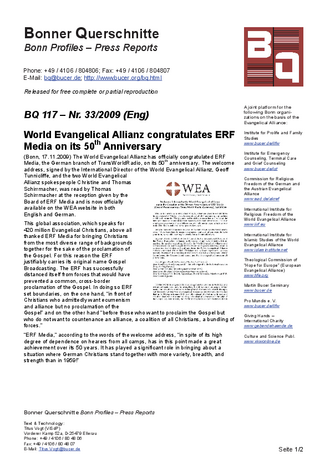