Exhibition on Christian martyrs of the 20th century opened

A contribution against forgetfulness 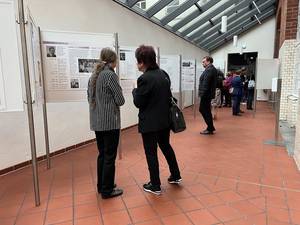 (Berlin, Bonn, Tastungen 04.11.2022) A traveling exhibition about Christian martyrs of the 20th century, such as Paul Schneider, the Scholls and Bernhard Lichtenberg, was opened on 21 October at St. Elisabeth Church in Berlin in the presence of representatives of various denominations and guests from Russia, Ukraine and Estonia. It will be on display at St. Mary’s Liebfrauen Church in Berlin until November 10, 2022. Thereafter, it will be displayed at Lübeck and in the regions of Eichsfeld, Nuremberg, Potsdam, Thuringia and Saxony-Anhalt.

Ecumenism of the Blood 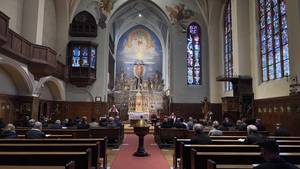 In his opening sermon, Catholic Prelate Prof. Helmut Moll, the German Bishops’ Conference commissioner for the German Martyrology of the 20th Century, referred to the solidarity across denominational boundaries that can arise in persecution situations, according to Pope John Paul II: “The ecumenism of the martyrs is perhaps most convincing. The enemies of the faith and of the Church wanted to destroy the Christian message, whatever the denomination behind it.” Referring to the martyrs from all peoples and centuries, he explained, “The martyrs from the 20th century are more numerous than the martyrs from past centuries. We are a Church of martyrs and a Church of confessors.”

The Secretary General of the Evangelical Alliance in Russia, Vitaly Vlasenko, recalled in a greeting the millions of Christian victims of communism in the former Soviet Union. He called for “every healthy society to draw the appropriate conclusions so that such deeds are never repeated again.” 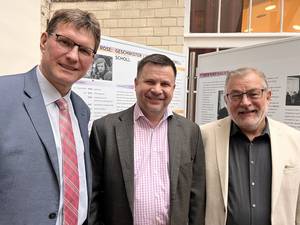 Uwe Heimowski, the political representative of the Evangelical Alliance in Germany, emphasized the wish of Christians persecuted today that they not be forgotten. With regard to the community of believers across continents and generations, Protestant Christians could “learn a lot from the Orthodox churches, the Coptic Church and also the Catholic Church, which honor the memory of the martyrs, the witnesses of the faith.” He said the exhibition serves as “a reminder” and “at the same time as an encouragement for our persecuted brothers and sisters today”. 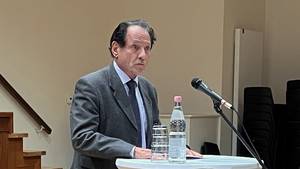 The lawyer Dr. Traugott Hahn, Stuttgart, stated that personal commitment to Christian conviction until death seems rather foreign in today’s societies. Even in churches, God would sometimes be invoked only as a “service provider for a good life.” Since martyrs currently have no public lobbyists, he views the exhibition as an opportunity “for visitors to learn from the lives and fates of the martyrs portrayed, that faith in Jesus Christ and his Gospel can be such an important foundation for life that one holds on to it even at risk to life and limb.” Hahn’s grandfather, Pastor Gotthilf Traugott Hahn was murdered by the Bolsheviks in the Baltic States in 1919 and is included in the exhibition.

Against false nationalism and for reconciliation

The exhibition shows photos, eyewitness interviews and contemporary documents of 37 women and men who raised their voices as Christians during the period of National Socialism in Germany and during communism in the former Soviet Union. The managing director of the exhibition, Pastor Johannes Paulsen from Tastungen: “They spoke as Christians against war and violence, against injustice and for truth, against false nationalism and for reconciliation. They paid for it with their lives and gained the strength and courage to do so from their faith in Jesus Christ.” 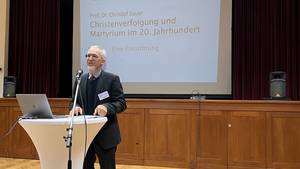 The exhibition is sponsored by the Ökumenische Märtyrer-Ausstellung GbR. The exhibition is supported by Catholic dioceses, the Protestant Church in Germany, Protestant regional churches, free churches and other organizations. Among them is the German branch of the International Institute for Religious Freedom Germany (IIRF-D), whose research director Prof. Dr. Christof Sauer advised on the conception of the exhibition and suggested a scholarly symposium lasting several days on the occasion of the opening. 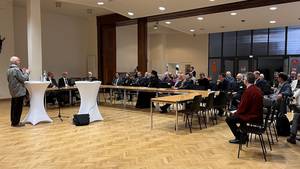 Paulsen: “We are looking forward to church congregations that want to lend an open ear and eye to this concern. The exhibition would like to reach out to the younger generation in particular. It also includes interviews with descendants of martyrs and contemporary witnesses, short film clips on the situation at the time, and points to many other sources. Religious instructors, youth workers and others are offered material to prepare young people for a visit to the exhibition.” 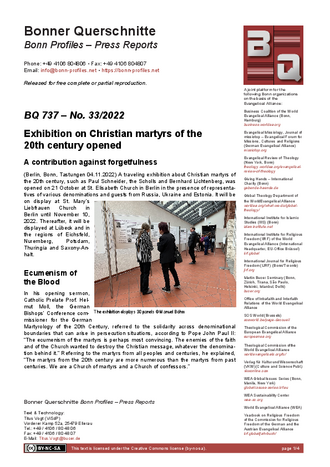 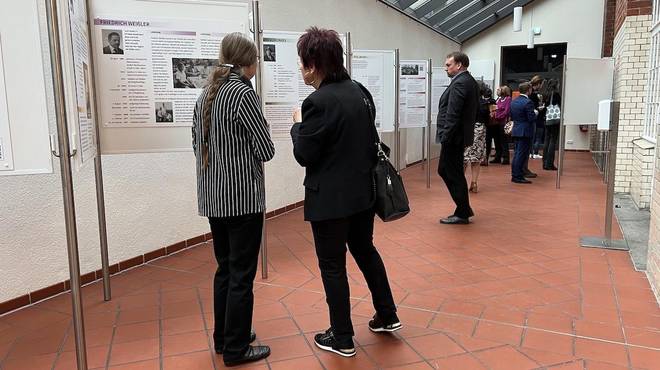 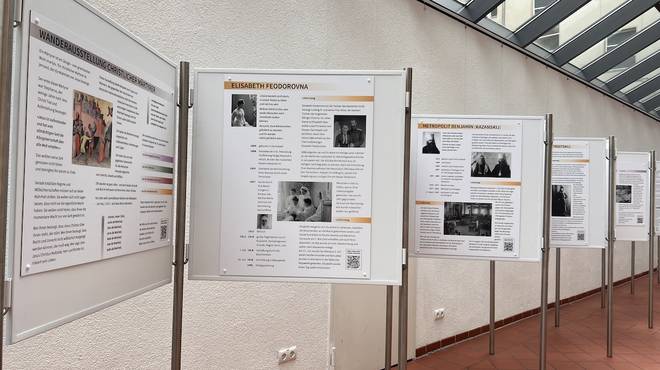 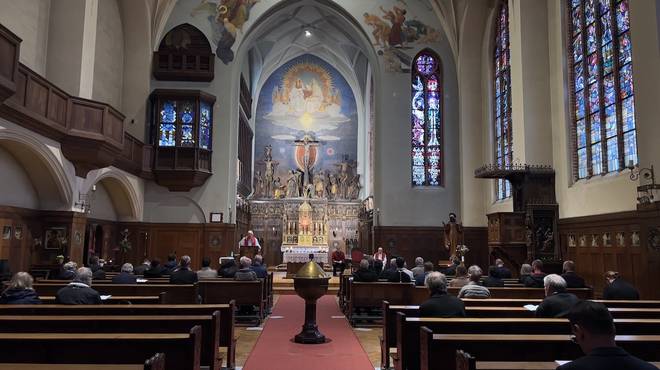 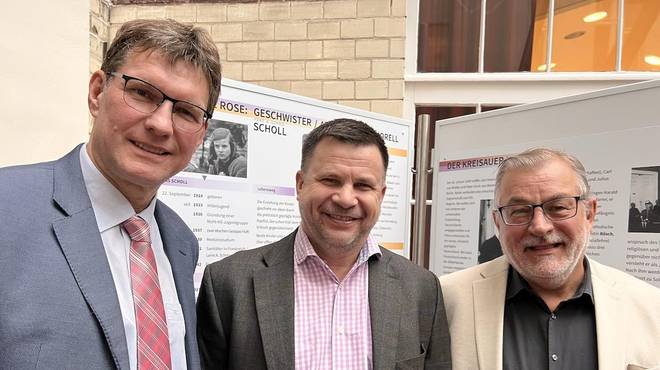 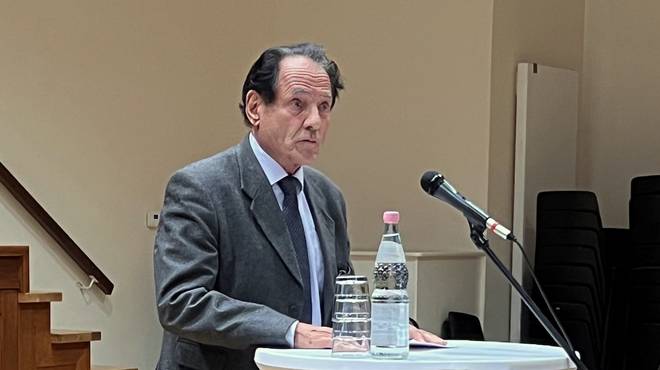 Dr. Traugott Hahn speaking on behalf of the descendants of the martyrs © Manuel Böhm 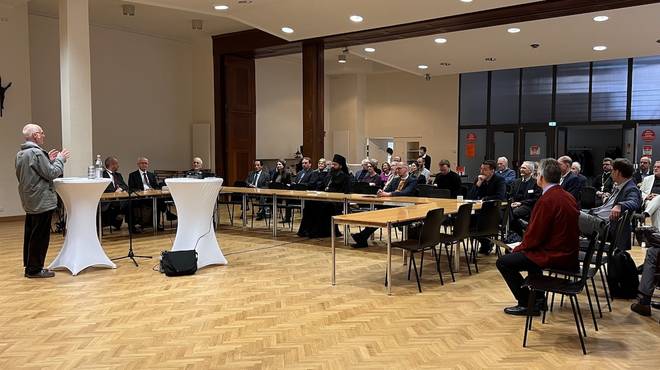 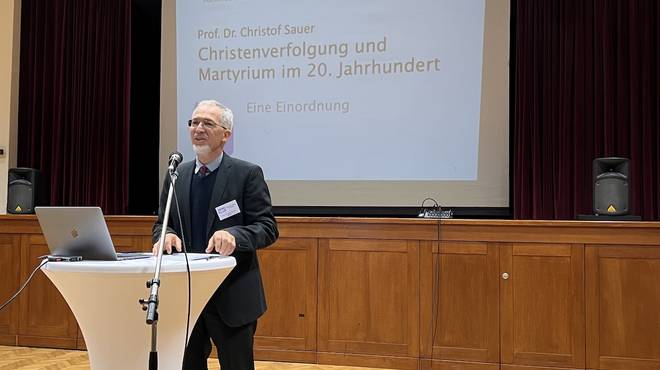 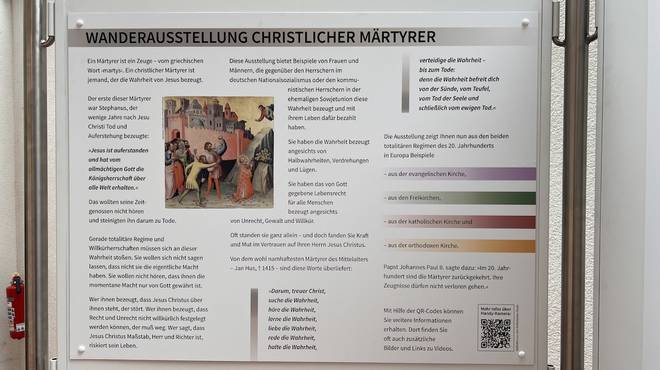 The first display explains the concept of martyrs © Manuel Böhm