The Associate Secretary General of the World Evangelical Alliance (WEA), Thomas Schirrmacher, has drawn a positive conclusion regarding its international program of dialog with leading Muslim clerics around the world. 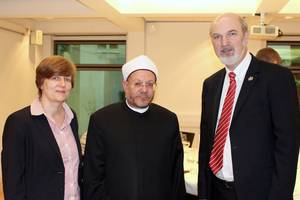 Shortly after having been inducted as WEA Secretary General, Bishop Efraim Tendero (Manila) gave the Office for Intrafaith and Interfaith Relations (OIIR), headed by Thomas Schirrmacher together with Bishop Cesar Vicente P. Punzalan, III (Manila), the assignment of conducting annual dialogues with ten individuals from the top level of leadership of Islam in a particular country or from global Islamic movements. They are supported in their efforts by the expertise of the WEA’s International Institute of Islamic Studies, which is under the Islamic studies specialist from Bonn, Christine Schirrmacher, as well as the WEA Global Ambassador, Brian Stiller.

The foundation set was the global Christian declaration, ‘Christian Witness in a Multi-Religious World’, which was adopted in 2011 by the Vatican, the World Council of Churches, and the WEA. Dialogue is integrated into the missionary mandate and is reflected in the document’s beginning words: “Mission belongs to the very being of the church.” At the same time, however, dialogue is indispensable: ‘Christian Witness in a Multi-Religious World’ also includes dialogue with people who are adherents of other religions and cultures (Acts 17:22-28). Christians should “build relationships of respect and trust with people of all religions, in particular at institutional levels between churches and other religious communities, engaging in on-going interreligious dialogue as part of their Christian commitment. In certain contexts, where years of tension and conflict have created deep suspicions and breaches of trust between and among communities, interreligious dialogue can provide new opportunities for resolving conflicts, restoring justice, healing of memories, reconciliation and peace-building.” 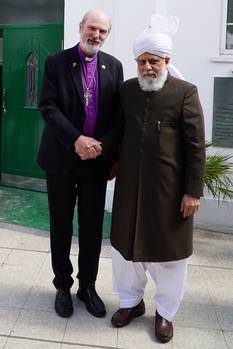 Since that time, every month at some location on the globe, Thomas Schirrmacher, Christine Schirrmacher, Bishop Cesar Vicente P. Punzalan III, Brian Stiller, Rosalee Velosso Ewell as well as Thomas K. Johnson and others have conducted official dialogues with a grand mufti in a particular country or with leading Islamic theologians or heads of Islamic movements such as the Bektashi and Ahmadiyya movements.

According to Schirrmacher, it is not only the convictions of both sides which are presented and relationships which are developed in the process. Rather, it is often the situation facing persecuted religious minorities and other sensitive issues which are discussed. All in all, Schirrmacher is very satisfied that there is success in linking relationships based upon reconciliation and human rights to a clear witness of faith.

Schirrmacher added that this clearly has to do with the top level. At the same time, Evangelical leaders conducted innumerable meetings with Muslim leaders on local, national, and regional levels. 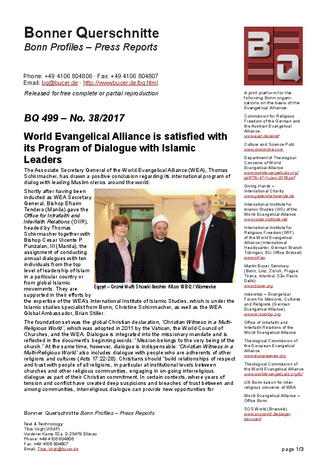 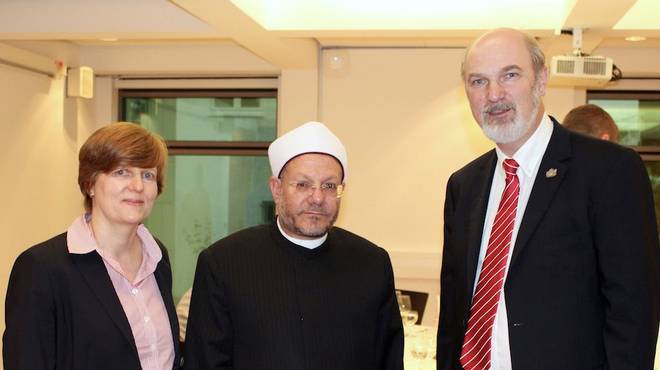 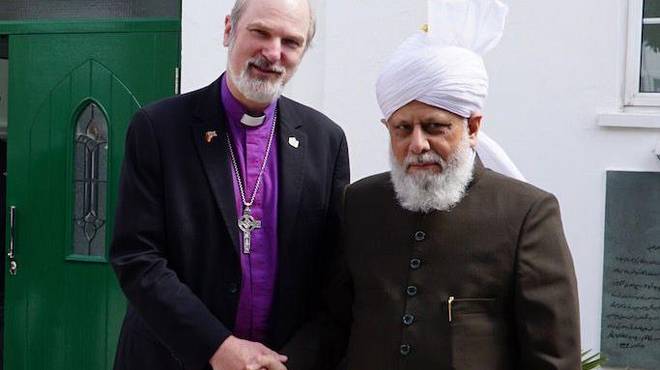 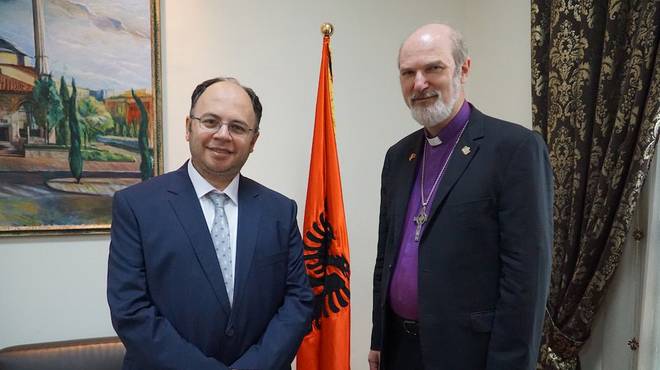 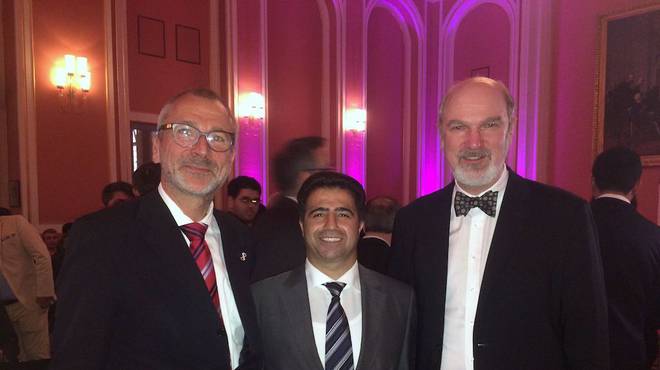 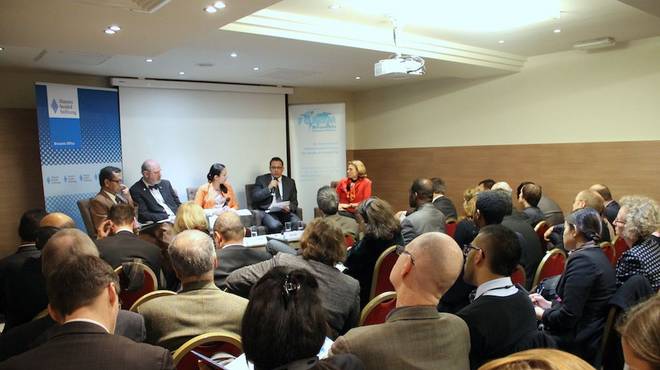 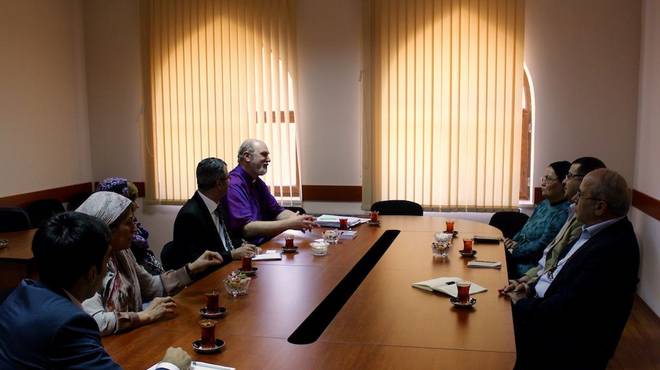 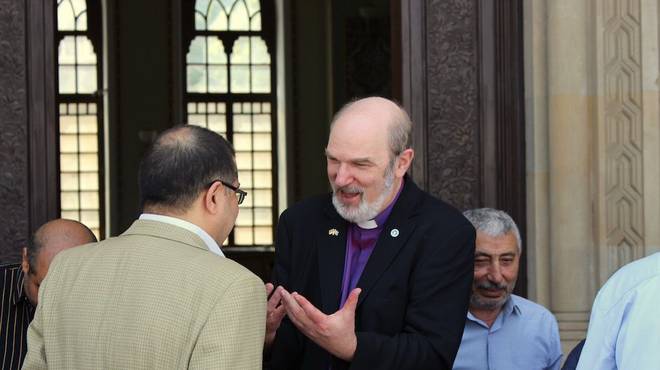 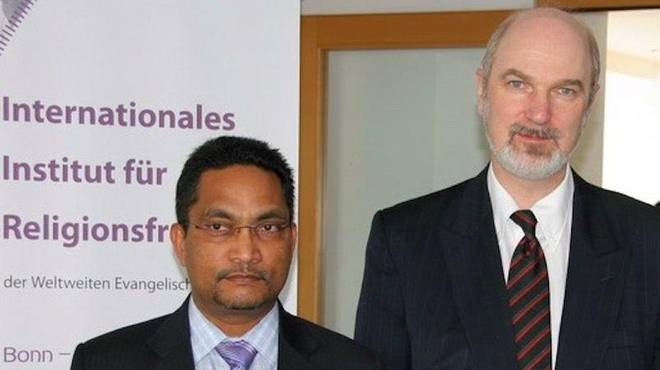 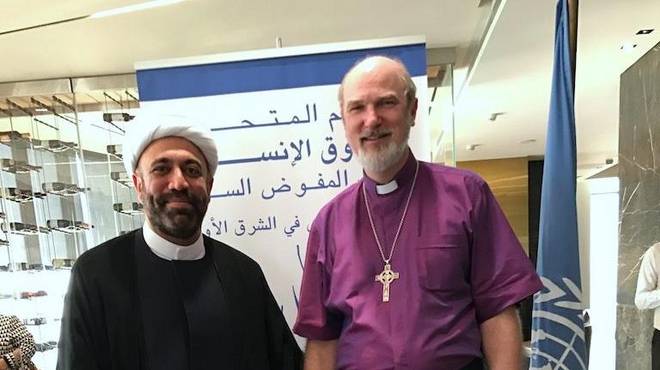 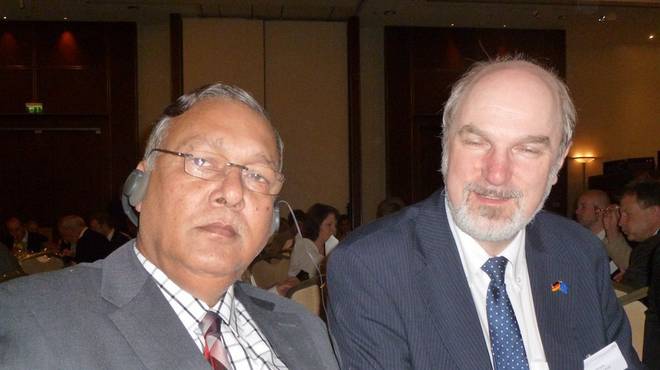 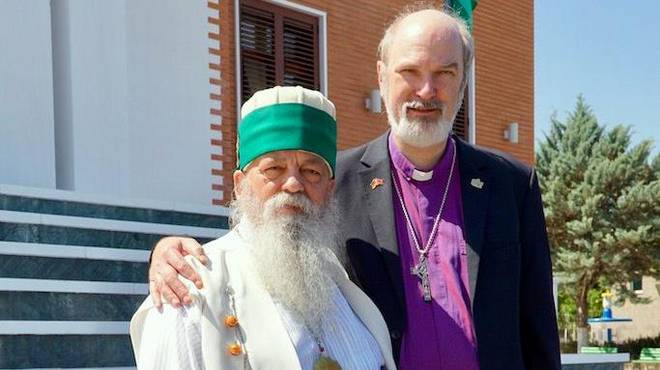 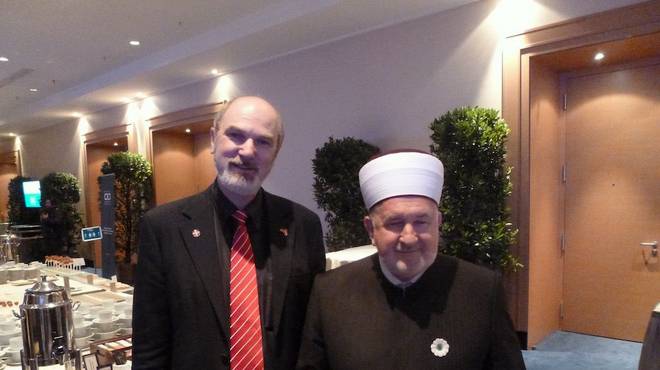 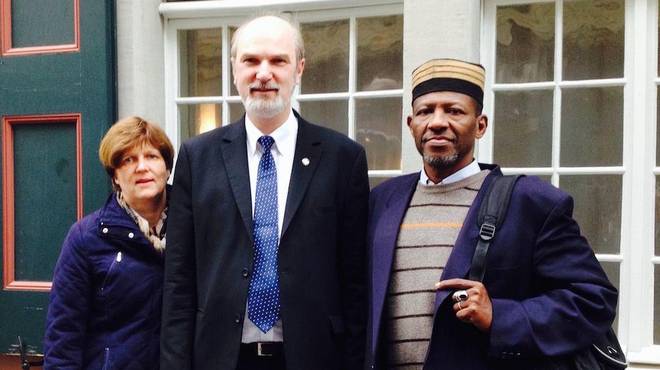 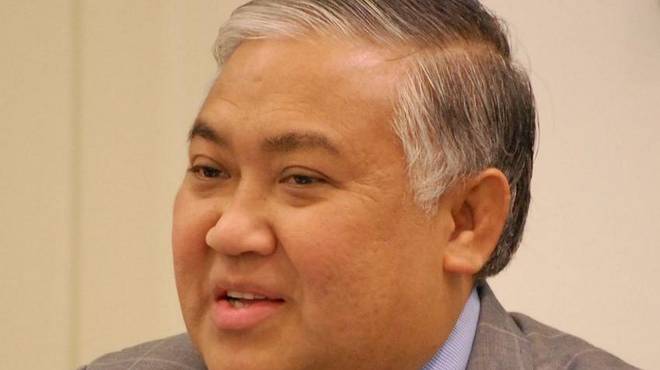 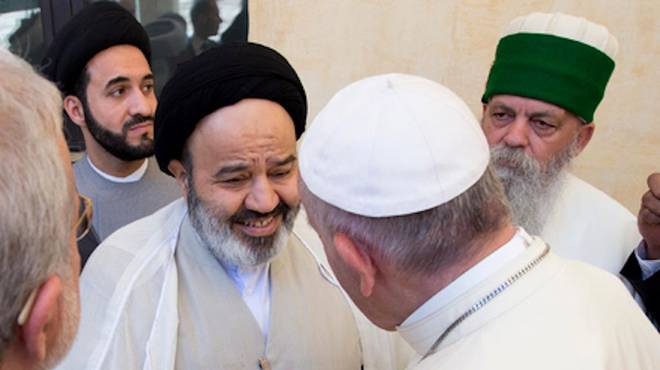 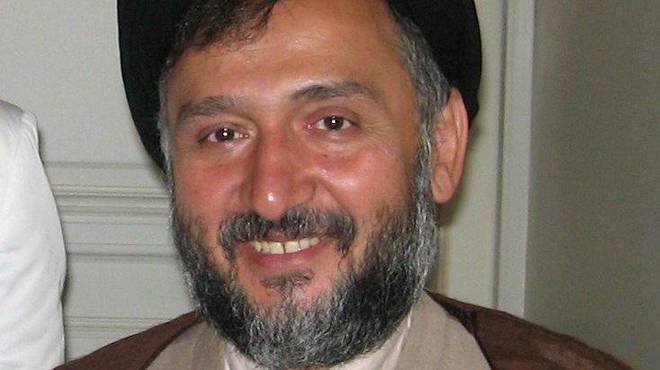 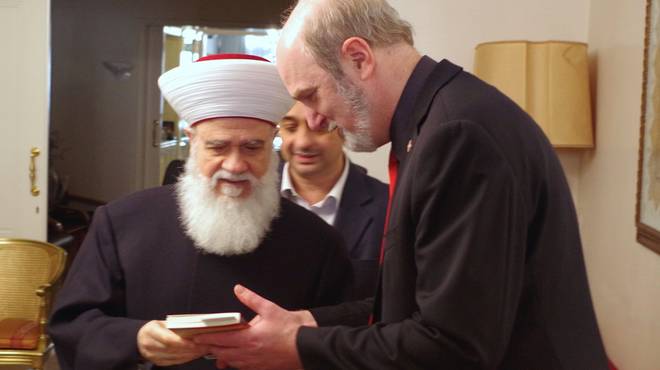 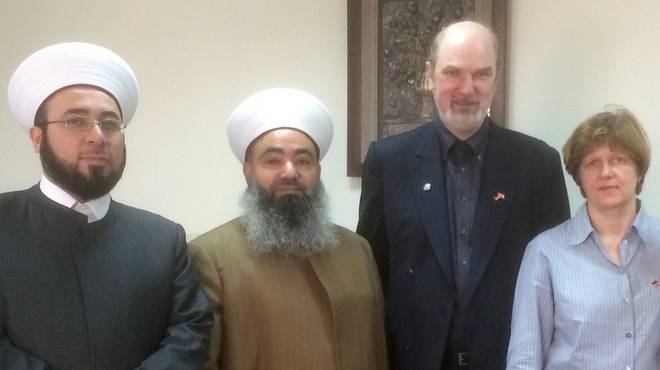 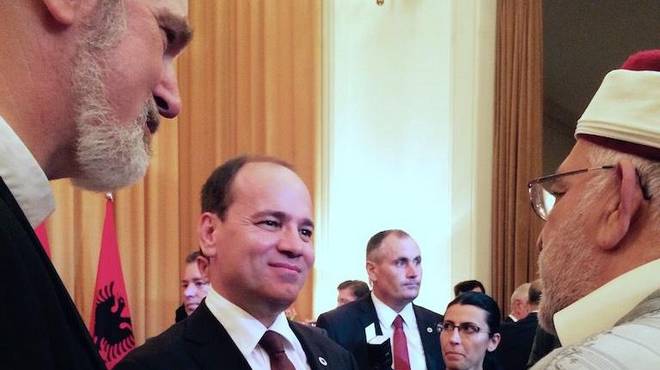 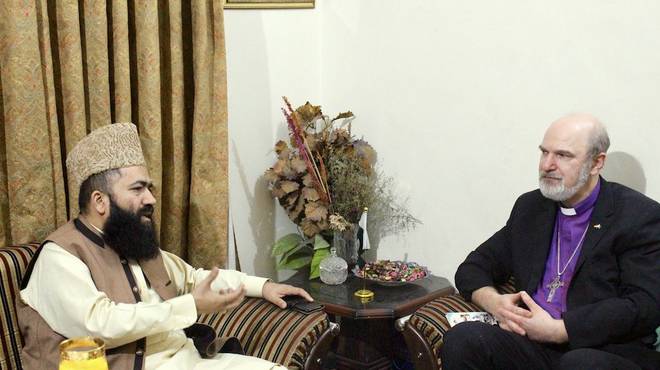 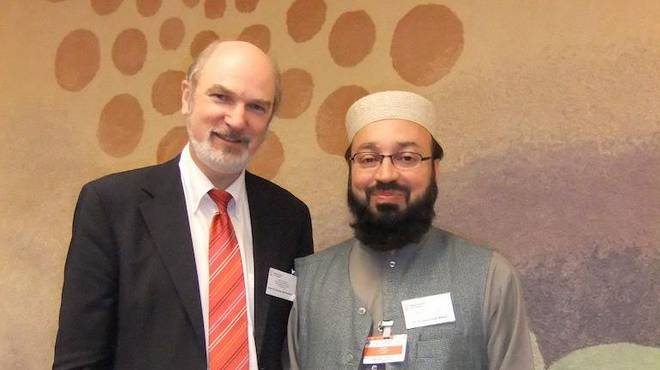 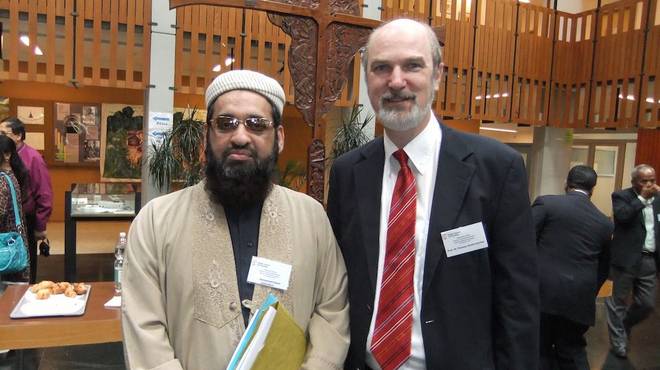 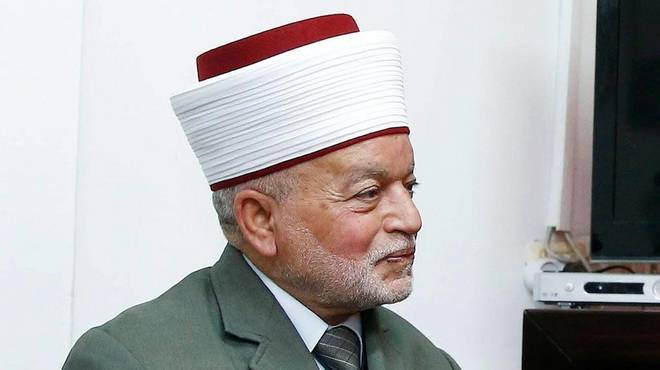 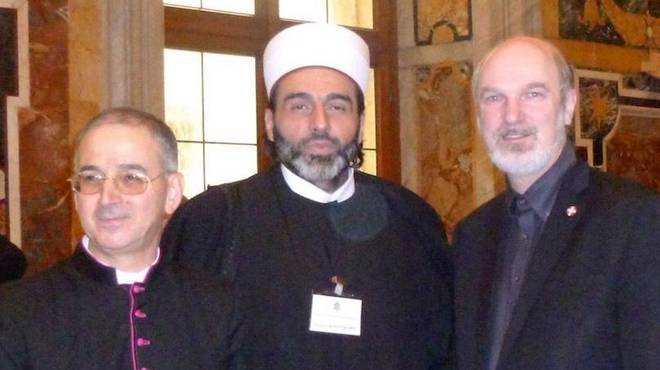 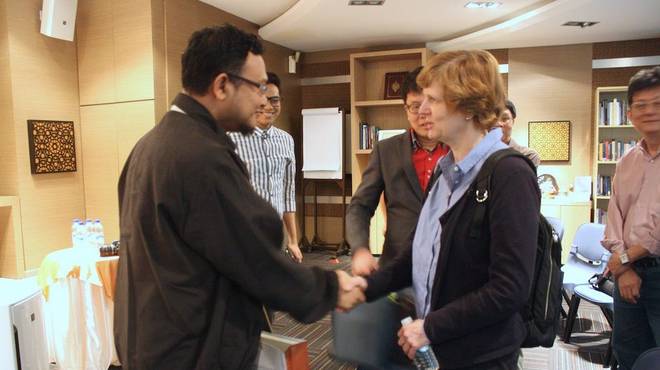