(Bonn, 11.12.2018) The Associate Secretary General of the World Evangelical Alliance has given the annual ecumenical Bishop’s sermon on the persecution of Christians in the cathedral of Neumarkt in the Upper Palatinate (Bavaria), which has been held since 2014. Churches of all denominations had invited to this event. 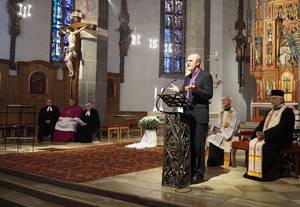 In his sermon, Schirrmacher called upon worldwide Christianity to awaken from lethargy in the face of the world situation and to show an unprecedented solidarity. According to Schirrmacher, there are politicians, journalists and leaders of non-Christian religions who are more publicly committed to the fate of persecuted Christians than some church leaders.

Often the academic theology of all denominations still largely ignores the issue of martyrdom. This topic relates to Christology as well as to pneumatology; neither is a Christian ecclesiology to be dealt with without taking into account the issue of suffering for Christ. But there is little mention of it in dogmatics. Also church history, pastoral theology and liturgy had to treat the topic much more intensively. Why, Schirrmacher said, do we not pay much more attention to theologians who lived and worked in situations of persecution? “Why are their writings not accepted as genuine, or even scientific theology?”

But not only theology is still largely dominated by the West in this question and ignores the everyday reality of the suffering of many churches, also the church life largely ignores it. And still solidarity with persecuted Christians is largely concentrated on one’s own denomination. 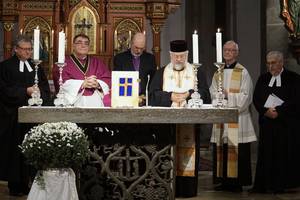 But no Christian and no church could say that they had no time, no personnel and no financial resources for the simplest form of solidarity, prayer. A short prayer for the Christians who are confronted with sheer violence should actually have a firm place in every Sunday service, in every church event, and in every personal morning and evening prayer.

As the host, cathedral capitular Pastor Norbert Winner, and one of the organizers of the annual Bishop’s sermon, retired Pastor Ernst Herbert, stated, Thomas Schirrmacher is not only particularly suitable for this topic, because for 20 years he has been working worldwide for persecuted Christians, but also because the church he heads has a large number of converts from Islam to Christianity as members, who had to leave their homeland because of it.

Thomas Schirrmacher is the first Protestant Bishop to hold this sermon.

Neumarkt in the Upper Palatinate 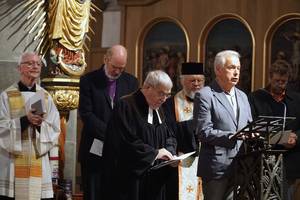 Neumarkt in the Upper Palatinate is a large district town with 40,000 inhabitants in the administrative district of the same name in the Bavarian administrative district of Upper Palatinate. In the 15th and 16th centuries it was the residence of two Wittelsbach successions of generations. Count Palatine Frederick II introduced the Reformation in the 16th century; until 1655 the city changed confession several times. In 1655 all Protestants had to leave the city. In the middle of the 19th century, a Protestant congregation was founded again, which received the Christuskirche, the former church of the Capuchin monastery, as its home.

The Neumarkter Dom, officially the “Münster St. Johannes”, known in common parlance as Johanneskirche, is a Gothic hall church in the city center next to the town hall and the largest church of the city. With a height of 72 metres, the tower is the highest church tower in the diocese of Eichstätt. The church was probably built in 1404–1443 parallel to the residence of Count Palatine Johann. It is known for the broadcast of several church services on ZDF. In 2015 the Johanneskirche was officially elevated to the status of a cathedral. 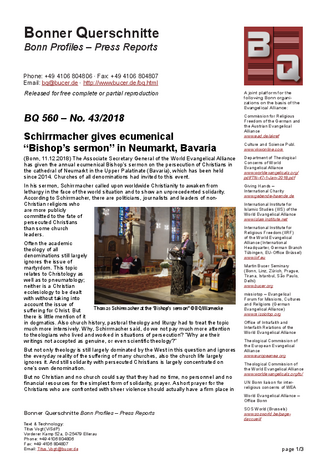 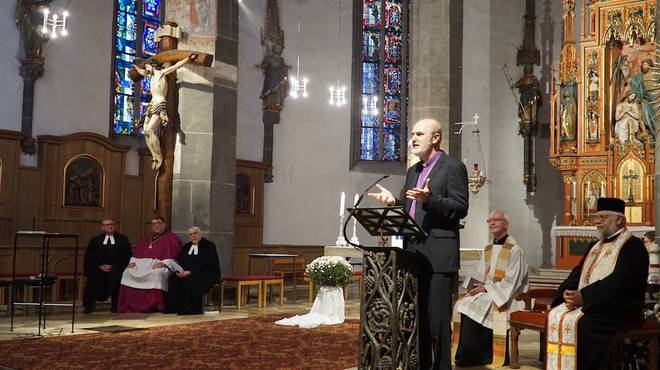 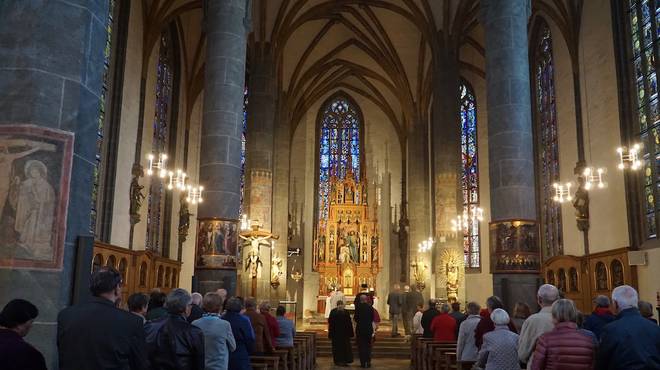 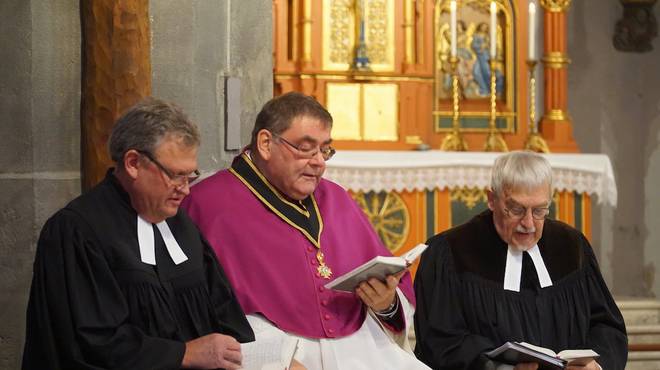 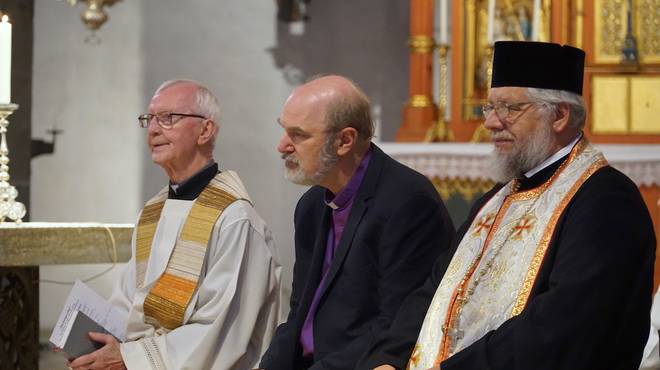 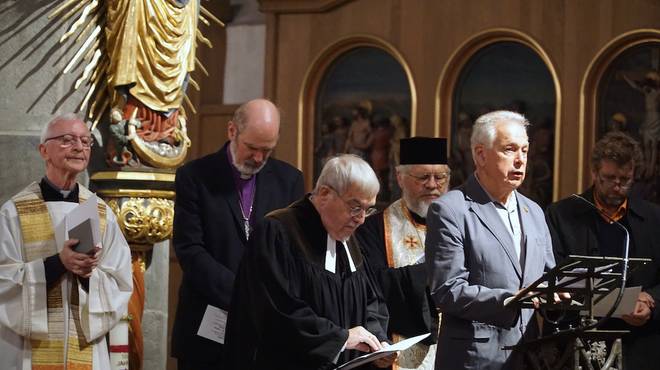 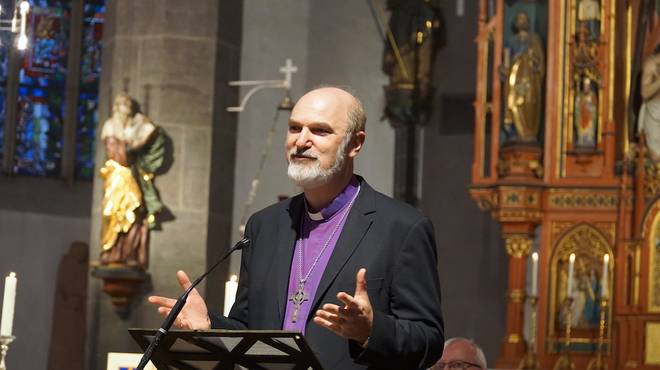 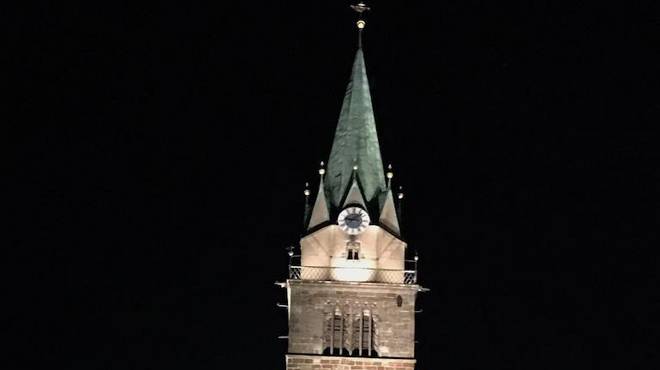 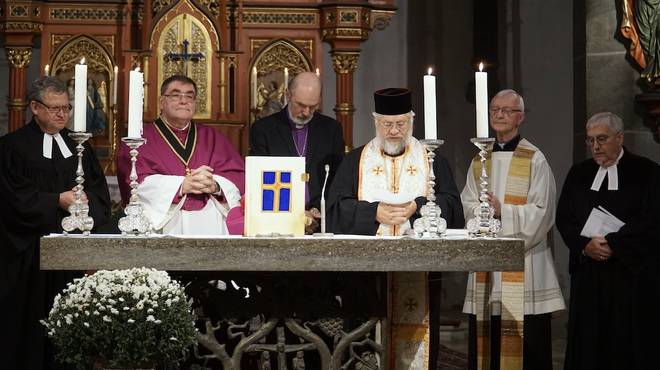