(Bonn, 19.12.2018) The Associate Secretary General of the World Evangelical Alliance responsible for inter-church relations congratulated His Holiness Abune Mathias, Patriarch of the Ethiopian Orthodox Church, on the reconciliation and reunification of the previously divided church and on the many steps towards reconciliation in the state, especially the peace treaty between Ethiopia and Eritrea, and wished him God’s blessing for future development. 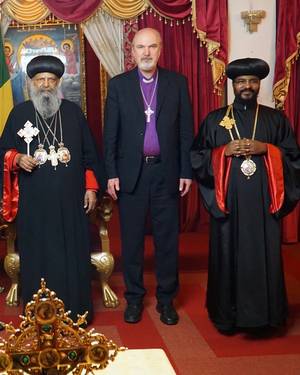 Schirrmacher was accompanied by a six-member delegation of former Muslims from neighbouring Muslim countries, whose situation the Patriarch wished to be informed about. Bishop Melake Genet Abba Kidane Mariam, whom Schirrmacher had previously met in Geneva and in Rome, took part in the meeting on behalf of the Patriarch.

The delegation also visited the Human Rights Council of the Ethiopian Parliament and the Chairman of the Evangelical Church Fellowship of Ethiopia (ECFE), Pastor Tsadiku Abdo. Bishop Schirrmacher then spoke to leading theologians of the ECFE on questions of religious dialogue.

Abune Mathias (born 1941/42 in Sebuha, Northern Ethiopia as Teklemariam Asrat) has been Patriarch of the Ethiopian Orthodox Tewahedo Church since 2013. His full title is “His Holiness Abune Mathias, Sixth Patriarch and Catholicos of Ethiopia, Ichege of the Chair of St. Takla Haymanot and Archbishop of Axum”. Previously he was Bishop of Jerusalem, from 1992 Archbishop of North America, and later Archbishop of the United States.

The Ethiopian Church, with 40 to 50 million members, is by far the largest of the seven ancient Oriental churches, which until the 1960s were mistakenly called “monophysites” and considered heretics by the Western and Eastern churches, while today one speaks of “miaphysites” and assumes a fundamentally common Christology. Until 1950 the Ethiopian church was under the control of the now smaller Coptic church. Since then the church is “autocephalous”, i.e. it elects its own patriarch. In 1993 and 1998 respectively the Eritrean Orthodox Church with its 2 million members was released from the supervision of the Ethiopian Church and since then also elects its own patriarch. In the time of the communist rule a foreign church split off with its own patriarch, this division was overcome now, the patriarch abroad returns to his homeland in the status of an emeritus patriarch. 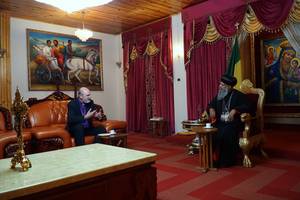 The Evangelical Church Fellowship of Ethiopia (ECFE) originated in the time of persecution. After the communist transfer of power in 1976 nine churches allied to form the ECFE. Prison and torture were everyday life for the leadership. In 1990 an office was opened, and the ECFE was recognized by the Ministry of Justice immediately after the end of the communist regime in 1991. Currently, about 18% of the country’s population, 13 million Christians, belong to the ECFE in 29,805 local congregations of 22 churches. The ECFE is a full member of the World Evangelical Alliance. 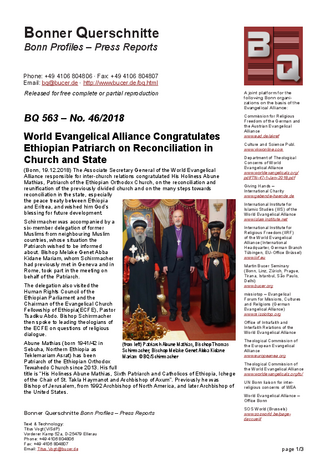 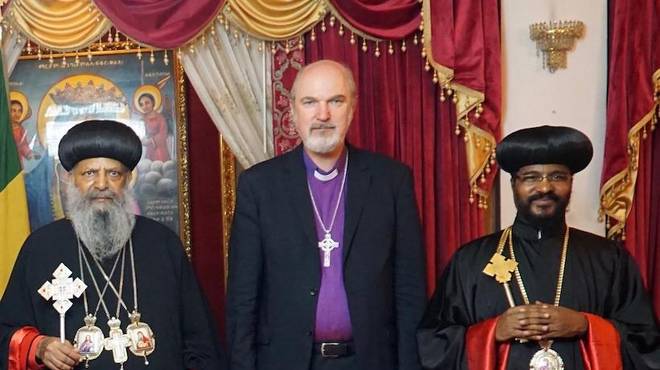 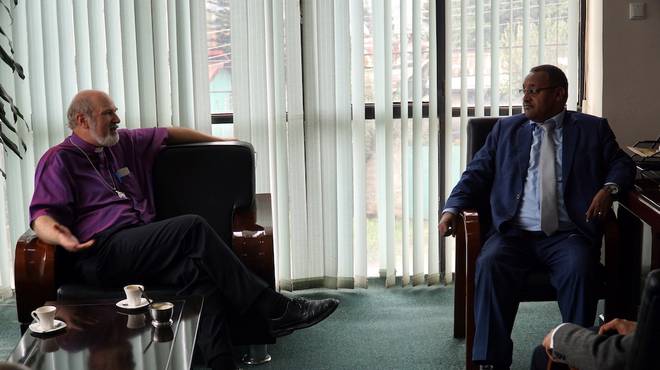 Thomas Schirrmacher in conversation with the president of the Evangelical Church Fellowship of Ethiopia (ECFE), Pastor Tsadiku Abdo © BQ/Schirrmacher 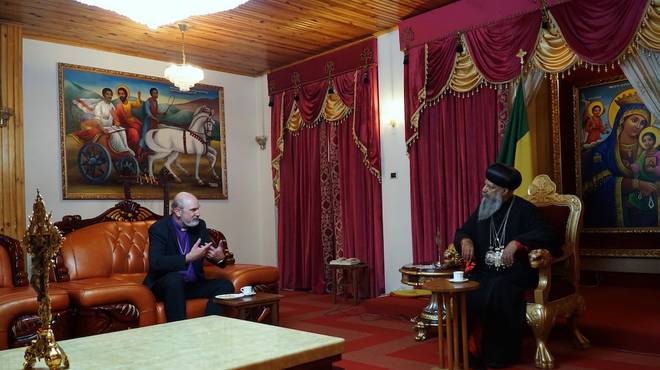 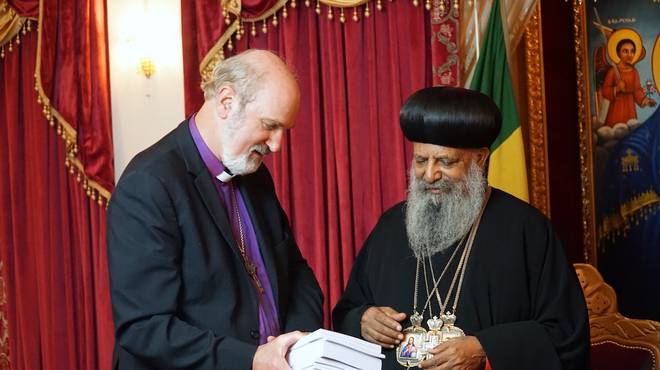 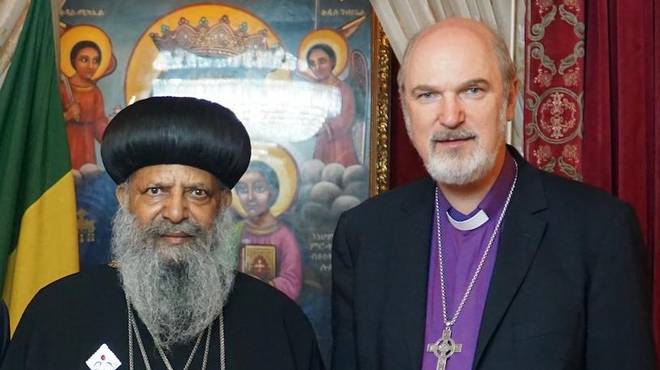 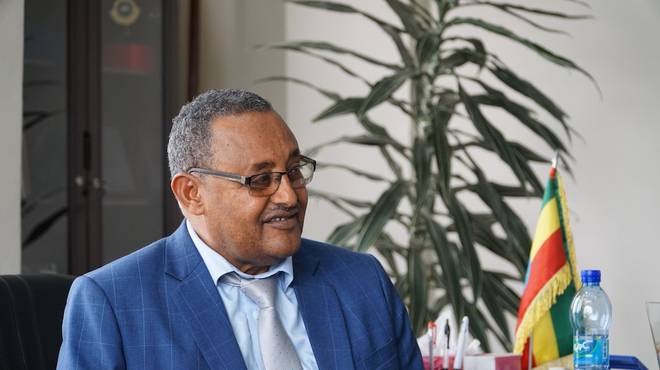 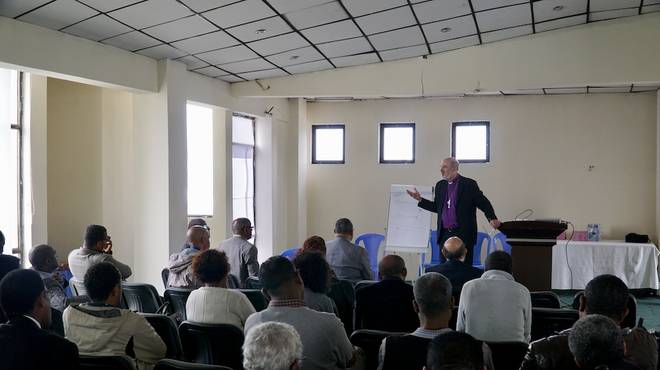