Religion – The Cause of Unity or Division?

(Bonn, 23.10.2017) At this landmark event with more than a thousand listeners the questions posed were, is religion an instigator or a peacemaker in conflicts and pisions in society? To address such issues, religious leaders from various faiths and scholars joined to explore the depths of history, theology and politics. 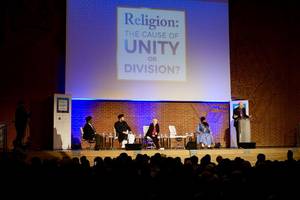 Panel guest speakers were Baba Harjit Singh of Gharib Newaz charity, Prof Phil Thomas Schirrmacher, Chair of Theological Commission and Associate Secretary General of the World Evangelical Alliance, Muhammad Ibrahim Ikhlaf, Director of the Outreach and Public Relations Department of the Ahmadiyya Muslim Community UK, and Karen Armstrong OBE, one of the most inclusive writers on religion in the modern world.

The speakers said at a time of ever increasing conflict in the world, we have to emphasize the principle that all forms of evil and cruelty should be suppressed and all forms of goodness and humanity to be endorsed. If we unite together in creating those conditions it will guarantee peace and prosperity.

Concluding remarks were made by Rafiq Ahmed Hayat, national president of Ahmadiyya Muslim Association UK, stating Islam is a religion of peace. He said Islam’s teachings are of peace and security for all people. By engaging and serving society we can help foster a sense of unity, cohesion and peace the world over.

The organizers said this about the conference: “The conference aims to educate and provide the public with the true message of Islam, whilst at the same time distinguishes True Islam from extremism. The campaign also aims to bring communities together with a spirit of cooperation and working for the betterment of the United Kingdom. At the same time it assists in strengthening the United Kingdom’s national security against extremism.” 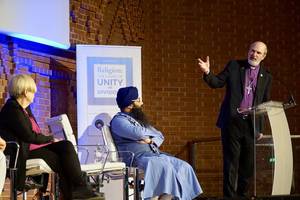 Karen Armstrong is a leading academic author on comparative religion. Her newest massive volume is ‘Fields of Blood: Religion and the History of Violence’ (2014). She strongly affirmed that the same religion can bring forth very violent movements as well as peacemaking movements and thus it is the decision of every believer, which way he wants to back. She called upon faith leaders from peace making wings of religions to work together as close as possible.

Baba Harjit Singh is a leading Hindu philosopher and musician. He underlined Armstrong’s message and emphasized that the decision, whether we want to love others, help society and promote peace is taken in the heart of every person.

Thomas Schirrmacher quoted Jesus, that hatred comes from the heart of people and spreads from there to their environment and sometimes ends up on a global level. Even though the State has the monopoly of power and the task to limit and suppress violence as much as possible, every effort to stop violence without changing people is finally in vain if not at the same time the heart of peoples are changed. “Already the Old Testament states clearly”, said Schirrmacher, “that only if God’s people prays and asks for forgiveness for their evil ways and turns around, God can heal the country”, quoting 2 Chronicles 7:14. 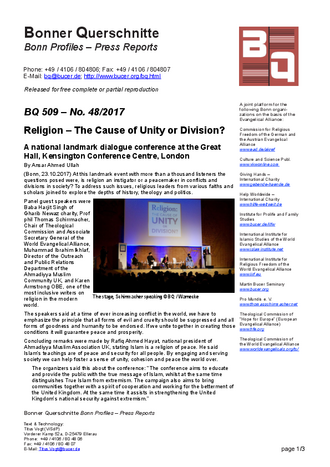 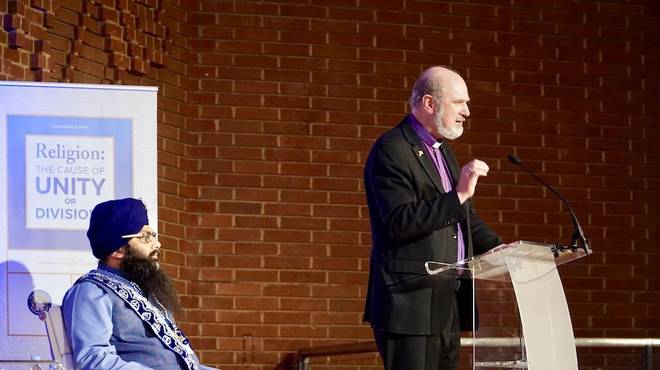 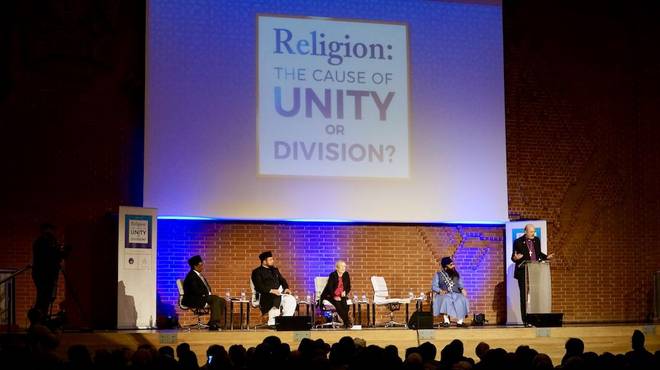 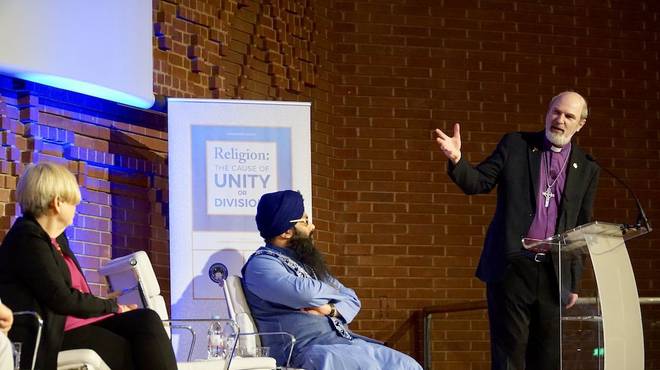 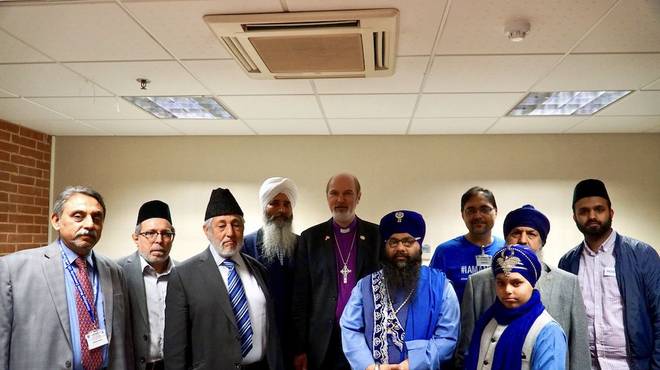 The speakers of the conference © BQ / Warnecke 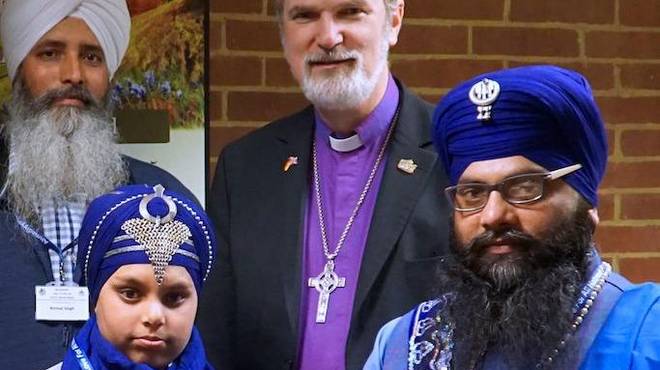 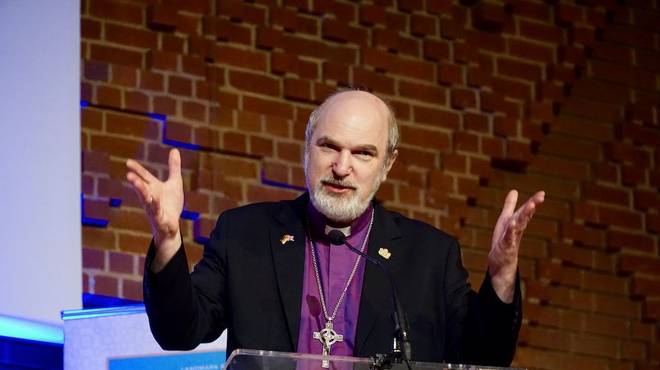 Schirrmacher during his lecture in Kensington Centre © BQ / Warnecke 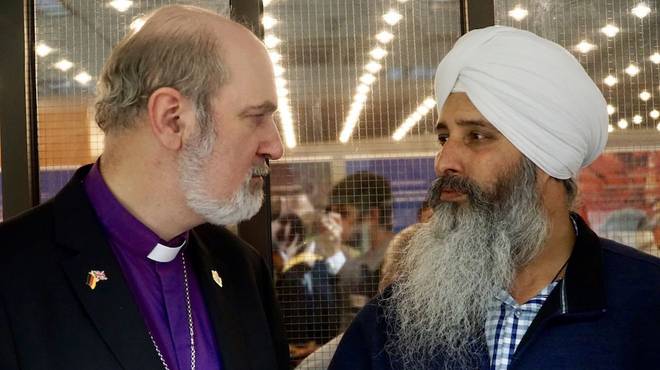 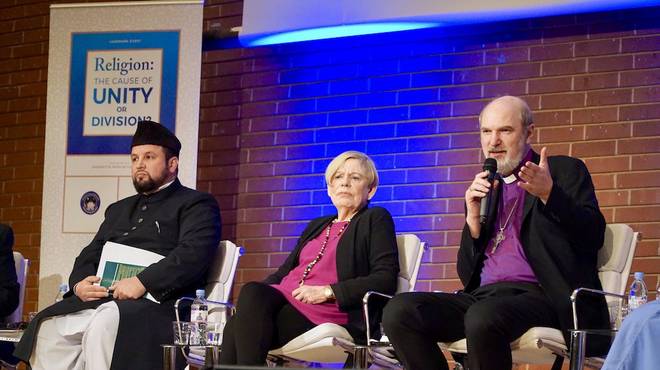