Tirana: Distinguished Friends from the Middle East at the Seat of the Holy Synod

(Bonn, 06.11.2017) At the Seat of the Holy Synod in Tirana, the Archbishop of Tirana, Durrës and All Albania, His Beatitude Anastasios hosted a delegation of distinguished personalities from Lebanon, of the Ghazanide prominent royal family, since the time of the Byzantine Empire until the 18th century, consisting of Sheikh Selim El Chemor, Beirut, Lebanon, Prince Gharios El-Chemor of Ghassan, Aman, Jordan, Mr. John Domonkos, and Dr. Elie Gharios. 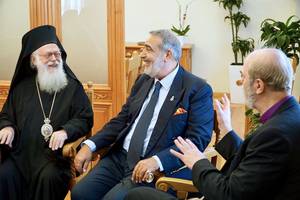 They were accompanied by the Bishop of the World Evangelical Alliance, Prof. Dr. Thomas Schirrmacher, who has been an old friend of Archbishop Anastasios during the ecumenical movement. Archbishop Anastasios acquainted the friends with the process of resurrection from the ruins of the Orthodox Autocephalous Church of Albania and its progress throughout the years.

The friends, after thanking His Beatitude for the reception, introduced him with the hundred-year-old activity of the Ghazanide royal family. They also handed over to him the Order of Saint Michael the Archangel, which has been conferred to many heads of states and churches, as well as the document of being elected an Honorary Member of the Royal Academy of Arts and Sciences for his well-known work.

Finally, the friends, accompanied by Archbishop Anastasios, visited the Resurrection of Christ Cathedral Complex before continuing with their program, which provisioned a reception in the Presidency. Famous personalities coming from the Ghazanide royal family at present are the late Patriarch of Antioch, Ignatius Aphrem II, the actor Omar Sharif, the singer Shakira, the billionaire Carlos Slim etc.

Text of the certificate of the Royal Academy 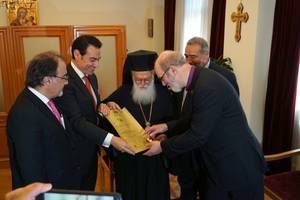 Text on the certificate: “Presented to His Beatitude Anastasios Yannoulatos ... in recognition and certification of being elected an honorary life member of The Royal Academy for outstanding achievement and promotion of the arts and sciences as a world class professor of missions all of his life, even when heading an autocephalous church, and furthering the ecumenical movement globally.”

From the website of the Royal House of Ghassan

The Royal House of Ghassan has bestowed upon the Patriarch the highest rank of the Order of Saint Michael Archangel and also the Life Membership in the Royal Ghassanid Academy of Arts and Sciences.

His Beatitude personally took the Royal delegation for a tour to the magnificent headquarters’ facilities of the Autocephalous Greek Orthodox Church of Albania. 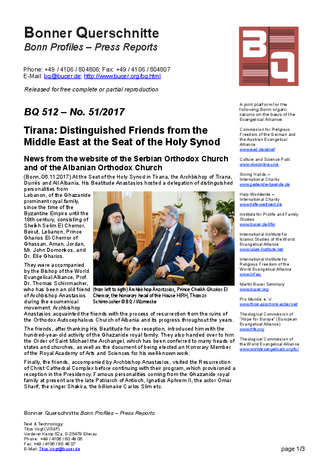 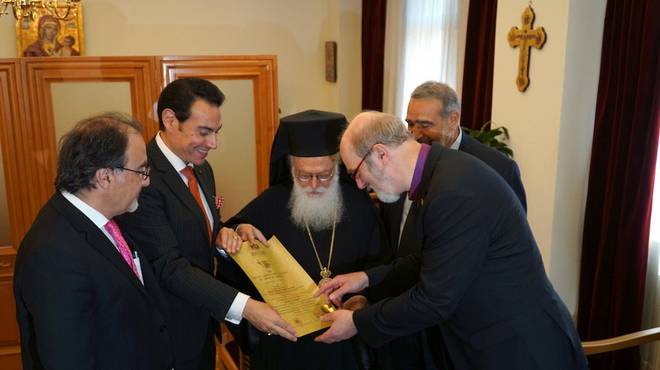 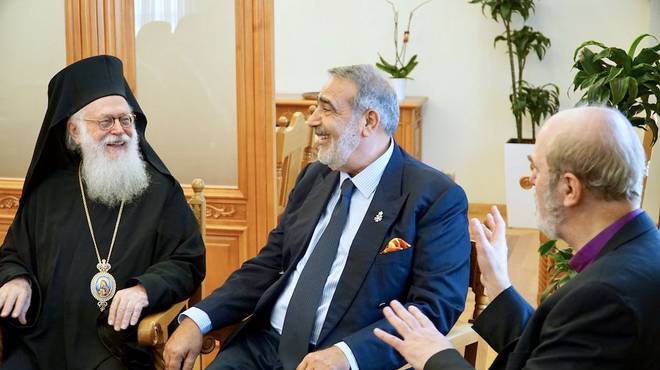 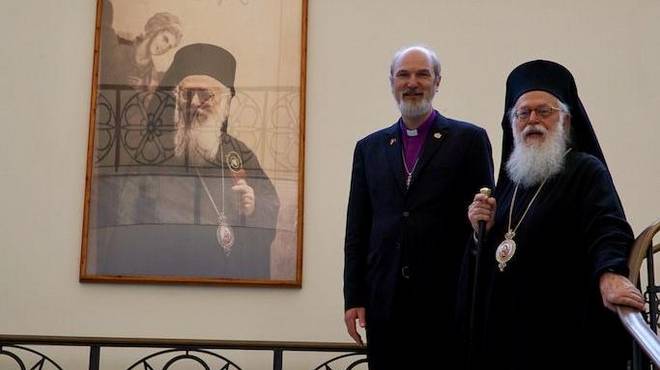 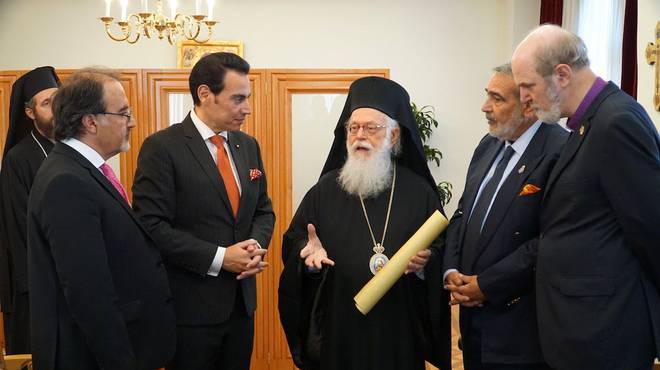 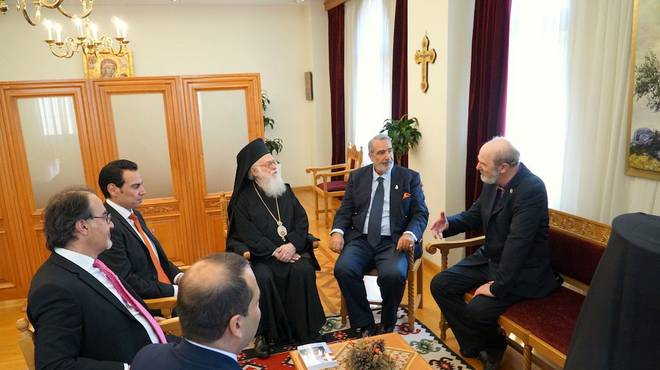